If there aren´t any unplanned outages during 2023, global LNG supply may increase under 4% next year compared with this year´s estimated levels, said Clark Williams-Derry, analyst at the Institute for Energy Economics and Financial Analysis 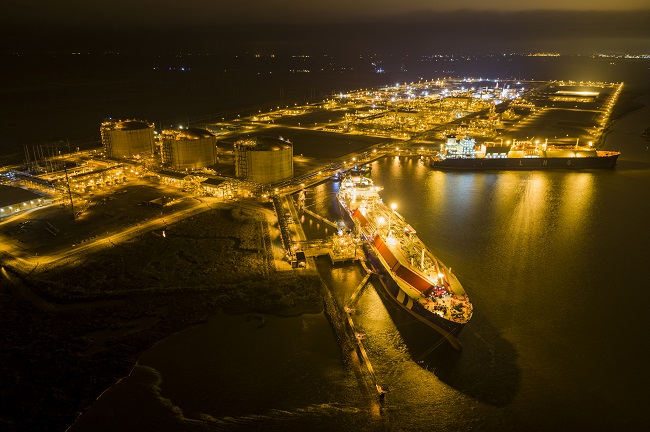 As for demand, it appears as similar to this year 2022 as it will continue to depend on whether and for how long European Union countries will need to replace reduced natural gas supply from Russia.

Several LNG projects have underperformed in recent years or produced below their capacity, he added in a telephone interview on Dec. 17. IEEFA is financed by global individual and philanthropic organizations, such as The Rockefeller Foundation, according to its website.

Some LNG global production assets that started up in recent years may have disappointed many, from an engineering standpoint, he said.

For example, the Shell-owned, floating facility Prelude in Australia this year operated at anywhere from 35% to 40% of capacity.

Other assets operating at near full capacity as recently as in 2017 but now aren´t include the Peru LNG plant at Pampa Melchorita, 120 miles south of Lima. Peru LNG may be currently running at 80% of capacity, Williams-Derry estimated.

Other locations have also reported productivity underperformance. Causes have varied across diverse regions ranging from lack of enough gas to mechanical problems.

Assets that had been running at high rates in the past year to take advantage of a booming market may find themselves at some point in need of a scheduled maintenance shutdown.

Risks of a tight market

For 2023 “there is not a lot of new capacity. By the end of the year maybe somewhere around 15 million tonnes per year that includes increases from Russian projects, from Calcasieu Pass (Louisiana) in the U.S. Gulf Coast. it´s a relatively small amount,” he added.

Other capacity increases will come from Freeport bringing back capacity back online in Texas as well as from new added capacity in Indonesia.

But overall, the market for global LNG consumers appears set to be tight.

LNG demand in 2023, like it was the case for most of 2022, will depend on the volumes of natural gas that Russians will make available to the European Union.

“It is possible that LNG demand would stay very high, particularly if Russia continues to curtail shipments or it could cut shipments further to the EU. So, if the Russian crisis continues, then it is likely that global markets will snap up every bit of LNG that is available in the world,” Williams-Derry said.

The 2022 market already proved to be extremely tight, particularly for the smaller buyers like developing countries.

“Many countries around the world have seen their planned purchases of LNG derailed,” he said.

Countries like Pakistan or Bangladesh counting on purchasing volumes either under longer term contracts, or spot volumes, could not get their LNG in 2022, he said.

For developing countries LNG has proved to be “unaffordable, and sometimes simply unavailable,” Williams-Derry said.

“Essentially LNG has acquired a reputation not as a cheap and reliable fuel but expensive and unreliable. But, regardless, because of European demand what we are likely to see is essentially every unit of LNG put up for sale get snapped up very quickly,” he said.

“In 2019 and 2020 the LNG market was in the doldrums. Prices were low, supply was abundant, demand growth was weak enough that prices were pretty low,” Williams-Derry said. With weak demand and ample supplies, prices were low.

“When final year-end numbers are reported for 2022, global liquefied natural gas (LNG) prices will hit their highest annual average ever,” Sam Reynolds and Williams-Derry wrote in a co-authored report published Dec. 14, 2022 and titled: Despite High Prices, the Global LNG Industry has Struggled to Keep Plants Online.

The work includes a table listing 14 LNG projects worldwide with estimates of their current production compared both to nameplate capacity and to the plant´s average five-year operating level. The list ranks projects alphabetically, from Angola LNG to Skangas LNG.

Shell  stands out among producers as most of its production is available to offer in the spot market, executives said earlier this year. Also earlier this year some LNG companies reported advances in their projects while others increased their earnings guidance amid rising LNG prices.