Brookfield Infrastructure looked set to buy Inter Pipeline after it raised its offer and the revised bid satisfied Inter Pipeline’s board of directors which changed its recommendation to shareholders to this time encourage them to accept it. 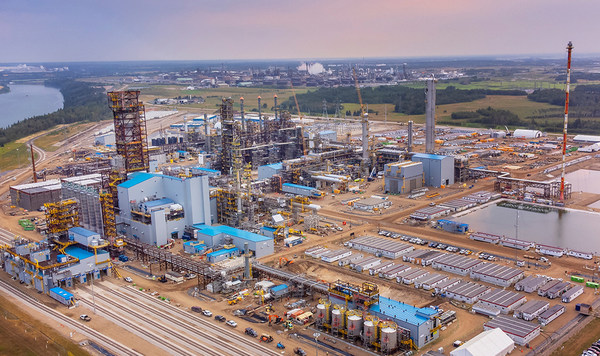 Inter Pipeline said on Aug. 5 along with its second quarter earnings that it will pay C$350 million to Pembina Pipeline to end a May  agreement under which Pembina was going to acquire Inter Pipeline.

Inter Pipeline’s board of directors reviewed the revised takeover offer from Brookfield on July 19.

After reviewing it there was a change in its recommendation to shareholders of Inter Pipeline so that they would this time accept Brookfield’s offer that can be cash or also involve Brookfield shares, depending on the shareholder’s choice.

The change in recommendation also followed a notice from Pembina Pipeline to say that it was not going to increase its offer.

“Based on the results of the strategic review, the revised Brookfield offer is the best alternative currently available. The non-prorated $20.00 per share cash offer is approximately 21% higher than Brookfield's original $16.50 per share prorated cash offer,” Inter Pipeline said.

Brookfield said on Aug. 3 that “based on conversations to date with many IPL shareholders, we are confident that we will progress with the privatization and look forward to deploying approximately $2 billion (BIP’s share) in this essential midstream operation.”

The company reminded Inter Pipeline shareholders on Aug. 3 that they needed to tender their shares by Aug. 6 “to receive the significant premium available.” On Aug. 6 Brookfield extended its offer until Aug. 20.

Brookfield said it had achieved initial tender results of 52%. It said it considered the results satisfactory given the short notice since Inter Pipeline board’s change in recommendation.

Inter Pipeline said it has “secured 68% of HPC's production capacity under long-term take-or-pay agreements,” near its stated objective to contract a minimum 70%.

“These contracts are structured to include a stable return on capital payment to Inter Pipeline plus fixed and variable operating fees, with no exposure to commodity price fluctuations,” the company said. The average contract length is nine years.

Inter Pipeline said that if no other contracts are secured, the remaining 32% of capacity “would be tied to merchant sales of polypropylene production.” The plant is located near Edmonton, in Alberta.

In the case of the merchant sales there would be a risk related to the spread between propane gas prices and polypropylene plastic resin.

The spread between North American polypropylene and Edmonton propane prices is currently “US$2,600 per tonne and is at a record high,” Inter Pipeline said.

Inter Pipeline plans a staggered startup of HPC with the polypropylene side of the complex expected to start early in the second quarter of 2022.

“The propane dehydrogenation facility (PDH), which is substantially mechanically complete, is expected to be operational several months later, with definitive timing subject to the completion of final commissioning plans later this year,” it said.

The company expects that the estimated cost of the complex will be about C$4.3 billion.

Inter Pipeline continues to expect that 2023 will be the first full year of HPC's polypropylene production with the startup sometime in 2022.

However, as the definitive timing for commissioning of the full complex has not yet been finalized, Inter Pipeline said it considers it prudent to withdraw its 2022 financial guidance for HPC.

Inter Pipeline invested during the second quarter nearly C$302 million in HPC, bringing the total so far to C$3.7 billion.

Definite start-up timing for the full complex is "subject to the completion of final commissioning plans later this year.”

InterPipeline said on Aug. 5 along with its second quarter earnings release that it will pay C$350 million “termination” fee to Pembina Pipeline.

It more than doubled the company’s C$146 million net income during the second quarter 2021.

The fee originated in a May 31, 2021 contract where Inter Pipeline and Pembina agreed to terms of an exchange 0.5 of a Pembina common share for each issued and outstanding Inter Pipeline share. At the time Inter Pipeline recommended shareholders not to accept Brookfield's initial offer.

InterPipeline’s balance sheet as of the end of the second quarter shows total liabilities of C$9.1 billion and assets worth nearly C$13.5 billion.