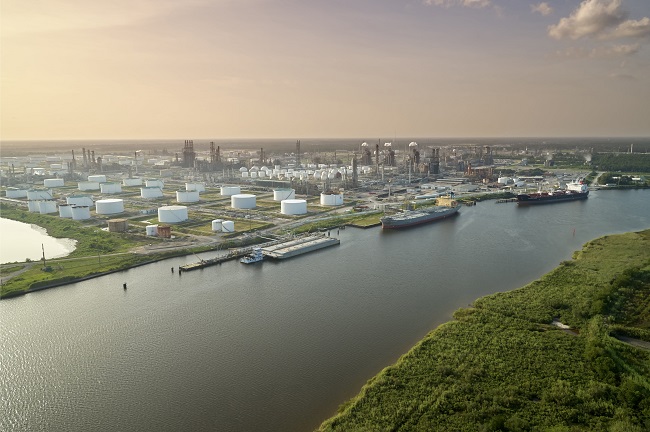 Citgo Petroleum Corp. said on Sept. 11, 2020 that its Lake Charles refinery that took a direct hit from Hurricane Laura on Aug. 26 will not have all units back until mid-October.

“Overall the refinery fared well but sustained significant damage to most of the cooling towers,” the company said.

A full restart requires repair to the towers and regaining power from the public grid, it added. Citgo restarted supply of gasoline on Sept. 5 and diesel on Sept. 8 by using power generators.

Citgo, owned by Venezuela’s PDVSA, added 105,000 b/d of capacity at this refinery in 2005, turning it into one of the five biggest in the country.

Citgo, like most plants in the area, reported limited damage. Several other operations, mostly petrochemical plants, had to declare force majeure because of a lack of electricity.

Power company Entergy restored electricity to some areas of Lake Charles on Sept. 9, and works to continue to expand service, according to a KPLC local television report.

The American Chemistry Council (ACC) said on Aug. 31 that it has not done any lobbying to pressure Kenya officials to back down on initiatives to stop waste imports and cut plastic use, as The New York Times reported a day earlier.

“Reports that Kenya could be forced to rescind its domestic ban on plastic bags, or make any other regulatory decisions, are grossly inaccurate,” the ACC said.

“The U.S. chemical industry has publicly recommended the U.S. government various approaches for the U.S. and Kenya to consider that could help Kenya reach its social, economic, and environmental goals,” the ACC added.

“For example, industry has publicly supported calls to help Kenya more effectively address marine debris by developing infrastructure to collect and sort used plastics, which have been recognized as a valuable feedstock resource,” it said.

The comment follows a report in The New York Times on Aug. 30, based on documents reporters claim to have reviewed, regarding alleged U.S. chemical producers lobbying to influence the U.S.-Kenya free-trade accord talks.

The aim was to get the nation, one of Africa’s biggest economies, to reverse plastic bans and back down on efforts to cut plastic garbage imports, it said.

Kenya introduced one of the world’s strictest legislations against single-use plastics in Aug. 2017, which includes fines and possibly jail.

In 2019 American exporters shipped over 1 billion pounds of plastic waste to 96 countries, “ostensibly to be recycled, according to trade statistics. But much of the waste, often containing the hardest-to-recycle plastics, instead ends up in rivers and oceans,” the New York Times said.

Exporters of American plastic waste have been looking for new destinations after China closed its ports to plastic trash in 2018, the New York Times said.

According to a May 2019 report on CNN, over 180 countries agreed to place more control on plastic waste trade, except for PE, PP and PET.

The agreement came during a two-week United Nations-backed meeting in Geneva. The U.S. was one of only two countries that isn’t part of the agreement, CNN said.

As for the lobbying, the New York Times said the U.S. industry has been in the past able to influence legislation abroad.

“In talks with Mexico and Canada in 2018, for instance, chemicals and pesticides makers lobbied for, and won, terms making it tougher for those countries to regulate the industries,” the New York Times report added.

Besides the Canada, Mexico and U.S. accord the U.S. has free trade agreements with Australia, Bahrain, Chile, Colombia, Israel, Jordan, Morocco, Oman, Panama, Peru, Singapore, and South Korea. There is also a free-trade accord with the Dominican Republic-Central America.

A Braskem Idesa venture, which since 2016 operates an ethylene-polyethylene complex in Veracruz, Mexico currently at the center of investigations of alleged illegal payments to secure favorable terms in an ethane supply contract, said on Aug 31 it found no evidence of any bribery.

“We don't have any knowledge, information, or evidence of the alleged testimony and hearsay” about irregular payments linked to Braskem, the venture said in a press release.

It said the comment addressed the “alleged testimony by Emilio Lozoya.” Lozoya is a former CEO of Mexican state oil company Pemex (2012-2016) extradited in July to Mexico from Spain over corruption charges.

Mexican President Andres Lopez Obrador said in late August that an ethane contract between Braskem and Idesa caused losses to Mexico equivalent to $683 million both by selling ethane at a fraction of costs and over non-delivery fines. He blamed it on corruption.

Braskem Idesa said the partners have yet to see a positive return on their $5.2-billion investment due to non-deliveries attributed to shortfalls in Mexican ethane output.

The penalty clauses are common in any type of contract while prices resulted from a public auction, it added.

“Braskem Idesa is even willing to make additional investments to develop an ethane import terminal, which is the only solution that has been identified so far to resolve the situation,” it said.

Braskem is majority owned by Odebrecht. In Dec. 2016 Odebrecht and Braskem pleaded guilty and agreed to pay $3.5 billion to resolve charges with authorities in the U.S., Brazil and Switzerland related to the biggest foreign bribery case in history.

Odebrecht has announced plans to sell its equity in Braskem.

Braskem, Latin America's biggest petrochemical company, reported on Sep. 2 that it sold 350,000 tonnes of resin in August, a historical monthly record of sales in Brazil.

This means production rates cut during the pandemic are now back to normal, according to information provided to the Brazilian stock authorities.

California-based Chemetry will supply technology to build along with Braskem an ethylene dichloride (EDC) demonstration plant in Brazil using a metal halide ion technology that is different as it doesn’t generate chlorine gas, the company reported on Aug. 20.