Resins producers are seeing their best short-term demand outlook in years particularly after the February winter freeze in Texas and Louisiana, according to officials at Braskem, which owns resin manufacturing facilities in its home country Brazil and other locations including five plants in the U.S. 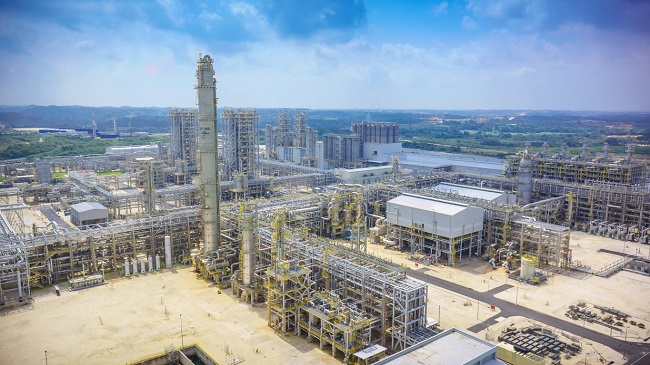 The utilization rate of Braskem’s PP (polypropylene) plants in the U.S. increased in 2020 from 2019 due to “the normalization” as manufacturing started to recover in the third quarter following stricter Covid-19 lockdowns in previous months, said on March 11 Rosana Avolio, investor relations director, during an earnings conference call.

The 2021 spreads of polyethylene (PE) will be the best since 2017 mainly due to the strong demand globally, Avolio said.
Overall PP sales increased 2% in 2020 from 2019 due to the higher supply of finished products in the U.S. and Europe, she said.

In the case of PVC (polyvinyl chloride), “after the return of (operation of) our (Brazil) chlor-alkali plant, the spread better reflects the profitability of vinyl,” she added in the company's most recent earnings discussion.

“Similar to PE and PVC, external consulting firms are also projecting healthy PP spreads in 2021,” Avolio said according to a transcript of the fourth quarter 2020 earnings discussion by Motley Fool.

“In the case of PP, the main highlight is regarding spreads in the U.S., where projections point to a sharp increase in PP propylene spreads compared to recent years due to the strong demand and lack of new capacity in 2021,” she said.

There will be new PP capacity coming online in North America in 2022. Inter Pipeline has confirmed completion of a project near Edmonton, Calgary with 525,000 tonnes/year capacity. A venture of Canada’s Pembina and CKPC decided not to pursue a similar project. The fate of PP projects in the Gulf Coast by other companies like Exxon Mobil and Formosa is uncertain.

As for the first quarter 2021, PP utilization rates and sales volumes may drop but that would be because of the impact from severe winter weather in February on the U.S. Gulf Coast. There is healthy PP demand in the U.S. that later this year will fuel production and sales, according to Braskem’s expectations.

In the (fourth) quarter, the ramp-up process of the new PP plant in the U.S. improved significantly in terms of both production volume and quality of the material produced, Braskem said.

PP spreads in Europe and Brazil also have a positive trend in 2021, she added.

Analysts expect that the Brazilian economy will return to growth in 2021, helping to improve demand for resins, the company said. This would follow a strong economic downturn in 2020.

“In relation to petrochemical spreads, according to the projection of external consultants, the expectations (are) for healthy spreads for all resins in Brazil,” Avolio said.

“Regarding the company's business in Europe, sales volume should remain in line with 2020 in a scenario of maintaining the same production capacity in the region, but with healthy PP propylene European spreads,” said Pedro van Langendonck, Braskem’s CFO.

In Mexico, external consultant’s projections anticipate “healthy” spreads of PE to ethane in 2021, he added.

The priority in Mexico is to increase the utilization of the capacity ethylene/polyethylene in Veracruz. The company has plans to build facilities to increase ethane volumes it started to import a year ago to make up for shortages in domestic supplies.

Braskem has never been able to run the plant at full capacity since the 2016 inauguration but volumes delivered diminished in 2019 and 2020 until a complete halt in early December. A restart has already occurred.

“I think we could be more sustainably running above 90%, but that's going to take a couple of years to implement it,” van Langendonck said when asked how much ethane would eventually be obtained.

Initially, when the project was contemplated and executed a decade ago after Braskem and Mexico’s Idesa won bidding for an ethane contract to build a plant, the intention was for Mexico to supply all ethane but the country’s production has declined. The full supply of ethane to Braskem Idesa “would be a combination of ethane imports and volumes received from Mexico,” he said.

Braskem, with headquarters in Sao Paulo, operates 29 sites in Brazil. Brazilian construction company Odebrecht is the majority owner of Braskem with Petrobras owning a minority stake. Both companies have plans to sell up to all of the company.

The 2002 merger of six companies from the Odebrecht Group and the Mariani Group created Braskem in August 2002.

Odebrecht and Braskem faced lawsuits during most of the past decade, mostly in Brazil but also in several Latin American countries.

In Dec. 2016 both pleaded guilty in the U.S. and agreed to pay fines in what was described at the time as the biggest foreign bribery case in history. The case involved the use of a slush fund to make cash available to politicians during campaigns with the expectation they would later help obtain public work contracts.