NOVA Chemicals, with production assets in Canada and in Louisiana, and owned by Mubadala Investment Co. from Abu Dhabi, announced in late December 2022 the “mechanical completion” of expanded polyethylene and cracking capacity in Sarnia, Ontario, some 65 miles north of Detroit, after several years of construction that involved 7,000 workers. 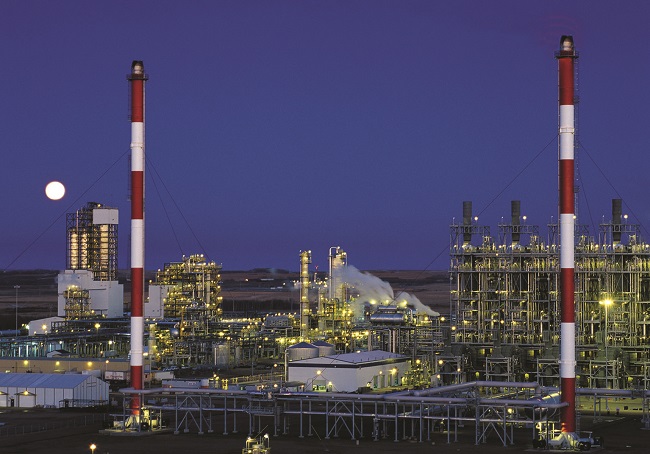 “The construction phase of the growth projects is complete. Projects represent more than C$2 billion" (C$1=U.S. 0.75 cent) investment in the community, NOVA Chemicals said on Dec. 21 in a press release.

The future Rokeby Site’s startup is anticipated for the first half of 2023, it said.

Along with the construction of InterPipeline´s PDH (propane dehydrogenator) and polypropylene complex near Edmonton, Alberta, NOVA’s expansion was one of the biggest petrochemical construction projects carried out in Canada since 2019.

Pembina, another Canadian mid-stream company, was also building a PDH polypropylene plant but interrupted the project during the pandemic.

A billion pounds of plastic capacity

The new Rokeby Site will have production capacity of about a billion pounds of polyethylene per year.

The expanded cracker will feed ethylene to the new “AST2 facility, expanding the existing cracker’s current capacity” by over 50%, the company said.

“Our team is now fully focused on safely completing post-construction activities prior to starting the commissioning phase of this flagship asset,” said Rob Thompson, NOVA’s vice president of manufacturing, East.

“Corunna provides feedstock to NOVA Chemicals’ Moore and St. Clair River Sites where they convert ethylene into up to 1.3 billion pounds of polyethylene per year. Ethane, a component of natural gas, is the primary feedstock for ethylene production at the Corunna Site,” it said.

The site adds 150 new permanent jobs. NOVA is the largest private employer in the Sarnia-Lambton region, in southwestern Ontario, with three manufacturing facilities.

InterPipeline last announced in a press release in July 2022 that some production of polypropylene had started at its new complex near Edmonton, Alberta, with plans to have the complex fully running by late 2022. There has not been a new release since that time.

“A safe commissioning of our polypropylene plant is a crucial step towards commercial production of Heartland Polymers,” Jim Madro, senior vice president, petrochemicals, had said back at that time.

“The PP Plant has been producing pellets since late June with polymer grade propylene (PGP) from our storage cavern. The entire Heartland Complex remains on schedule for an integrated start-up in the third quarter of this year, at which point Heartland will begin commercial production,” according to the release from July 5, 2022, that was the company´s most recent information update related to the full startup of the complex.

Ontario, with a population of about 15 million and bordering the state of New York to the south, was home to “the first company in the world to source Marcellus Basin natural gas liquids as ethane cracker feedstock,” it said.

With 40% of the country’s total production, Ontario is at the center of Canada’s chemical manufacturing industry, according to the investOntario website. Chemical exports from Ontario were just over $13 billion worth of goods, it said.

Most petrochemical activity in Ontario takes place in three key regions: Sarnia-Lambton, Greater Toronto, which is the capital about 180 miles to the east, as well as in Niagara and Eastern Ontario, the area that borders New York.

Back in 2019 NOVA Chemicals was the object of a potential purchase but there wasn´t any conclusion of a transaction reported.

Chevron Phillips Chemical Company, a joint venture between Chevron Corp. and Phillips 66, had offered back in June 2019 to acquire Nova Chemicals Corp for more than $15 billion including debt, according to a Reuters news agency report at the time.

NOVA is the largest polyethylene producer in Canada, of which just the Joffre site produces 2.2 billion pounds. Polyethylene is shipped by “rail and road to North American customers and by ship for offshore destinations,” the company said.

The company is also in the midstream in the U.S. Gulf. At Geismar, the olefins team of 129 employees is responsible for the ethane transportation business consisting of approximately 200 miles of pipelines, as well as a refinery-grade propylene splitter.