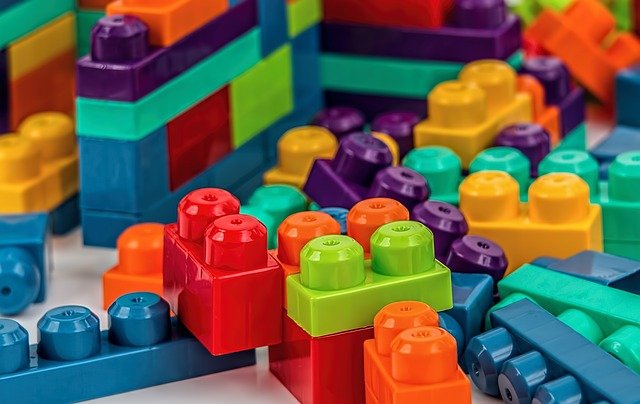 LEGO to build its first plant in the U.S. and expand capacity in Mexico

LEGO, maker of the colorful, shiny acrylonitrile butadiene styrene (ABS) miniature toy bricks, will spend $1 billion in Virginia to build its second plant in the Americas, where some 1,700 workers will be employed, and will also expand its existing Mexican capacity.

The plant will tap solar power for all energy needs and is the second for the company in the Americas after its Monterrey, Mexico factory. The investment will “shorten supply chain and support long-term growth” for the U.S., LEGO said.

“We are looking forward to making LEGO bricks in the U.S., one of our largest markets,” said Niels Christiansen, CEO of LEGO.

Construction will begin in the fall with a start projected in the second half 2025. A temporary packaging site will open in an existing building right next to the construction site. Construction will create up to 500 jobs and the Virginia factory will be LEGO’s seventh globally.

“The company’s manufacturing site in Monterrey, Mexico primarily supplies the U.S. market and will be expanded and upgraded to meet growing demand for LEGO products,” it said.

“We are fortunate to find a location where we can begin construction quickly and create temporary capacity in under two years,” said Carsten Rasmussen, LEGO´s Chief Operations Officer.

LEGO already employs 2,600 people in the U.S. where it started operations in the 1960s. Its U.S. head office is in Enfield, Connecticut, from where it runs a hundred U.S. LEGO stores nationwide.

Other plants are in the Czech Republic, Hungary, and in its home country Denmark. LEGO is also expanding plants in Europe and China. In December it announced construction of a plant in Vietnam.

Since 1963, most LEGO pieces have been made of ABS, or acrylonitrile, butadiene, and styrene.

Acrylonitrile is produced from propylene and ammonia while butadiene comes from the fraction of steam cracking (along with other products like ethylene and butadiene) and styrene is made by dehydrogenation of ethyl benzene, according to Wikipedia. Feedstocks are derived from hydrocarbons like naphtha from oil and or ethane fractioned from natural gas.

Besides ABS, LEGO also uses some silicone parts as well as SBS (poly) styrene-butadiene-styrene for the tires that are part of the toy sets.

The LEGO Group was founded in 1932 by Ole Kirk Kristiansen. The company has passed from father to son and is now owned by Kjeld Kirk Kristiansen, the founder´s grandchild. It´s headquarters is in Billund, Denmark.

INEOS, one of the word´s biggest petrochemical companies and based in London, said on June 27 it has started its new 120,000 tonne-per-year, low viscosity poly alpha olefin (LV PAO) plant at Chocolate Bayou, in Texas that has become the world´s biggest single train of PAO which is the raw material for engine oils and other automotive products.

The new Chocolate Bayou LV PAO unit is integrated into INEOS’ production of Linear Alpha Olefin (LAO), the raw material used for PAO. Its feedstocks are also supplied from the adjacent LAO plant that started up in 2020 and from its Joffre, Canada LAO unit.

LV PAOs are used in various lubricants such as engine oils, gear oils, transmission fluids, hydraulic fluids and greases. Outside automotive, they are used in other industrial applications including cosmetics.

INEOS is one of the biggest privately owned companies in the world. Its name is derived from INspec Ethylene Oxide and Specialities, the former name.

According to information available on Wikipedia as of July  5, 2022, the company traces its roots to 1992, when Inspec "was formed by Sir Jim Ratcliffe, previously a director of the U.S. private equity group Advent International, and by John Hollowood, for the purpose of executing a management buy-in of British Petroleum's (BP) chemicals arm."

Then in 1998 Ratcliffe established INEOS to implement a management buyout of the former BP petrochemicals assets in Antwerp, Belgium, according to Wikipedia.

The Chemistry Industry Association of Canada (CIAC) said on June 20 it was disappointed with the Government of Canada’s announcement that it would move forward and ban certain plastic items through its just published Single-Use Plastics Prohibition Regulations.

“We are disappointed that safe, inert plastic materials that play such important roles in Canadians’ lives are being banned when innovative technologies like advanced recycling are available to manage them effectively,” said Elena Mantagaris, vicepresident of the CIAC´s plastics division.

“Rather than bans, we need to invest in recycling infrastructure and innovation, including infrastructure to manage compostables, to harness the $8 billion value of plastics that are currently sent to landfill and recirculate them in the economy,” she added.

Plastic is an energy efficient material with a lower environmental footprint than most alternatives, the CIAC said.

The Canadian government had intended to ban some single-use plastics late last year but delayed the decision a few months to give time to companies to adjust inventories and allow easier implementation. Regulations related to the ban were published on June 20.

“Access to export markets provides a lifeline to many CIAC members, allowing them to continue to generate revenue,” the CIAC said. The single plastic items banned for consumption in Canada may continue to be produced in the country, just not sold domestically.