InterPipeline was able to start up its propane dehydrogenator (PDH) unit in its propylene-polypropylene complex near Edmonton, Alberta, by mid-January 2023 and this will result in the startup of production at near full capacity of polypropylene. 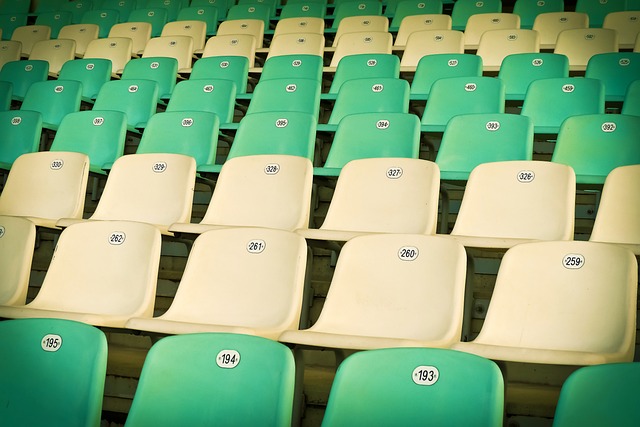 Stadium seats are typically made of polypropylene. It is also a material in carpets, straws and packaging, as well as in automotive parts. Image courtesy of Michael Gaida, Pixabay.

“As of this week actually they are successfully running their PDH unit. So this is where they take the propane, put it into the PDH unit, and then get propylene,” a market source that asked for its name not be released said on Jan. 21, 2023. The propylene is to be polymerized in the adjacent polypropylene plant that started up in July but had been running way below capacity with propylene in storage as feedstock.

“The PDH unit was really the big thing for them. They had been running the polypropylene plant since July of last year but needed the PDH to start up to reach commercial rates in 2023,” it said.

“They are going to start running that polypropylene unit pretty much full rate starting this week,” the source said. The new complex in Edmonton, Alberta, has annual capacity to produce up to 525,000 tonnes of polypropylene.

InterPipeline completed by the end of the first half of 2022 construction of the polypropylene plant, according to a press release that was the last update of construction. At the time it estimated a full startup by September 2022.

The completion of the PDH will be a significant change as production had been kept at near minimums since July.

“They really have not been running much on the pellets. They were waiting for this PDH unit to start up. And now that it is up and running, they will be starting to produce pretty much full commercial rates of polypropylene,” it said.

“So (…) about 100 millon pounds a month of new supply to the market and that’s obviously (…) and really at a time when demand isn’t looking very strong,” the source added.

The company announced the startup in July 2022 of trial production at the polypropylene plant.

“On the ExxonMobil side, they started the unit up at the end of last year. The startup was very succesful,” the source said. ExxonMobil started up new polypropyelene production capacity in Louisiana.

“It´s over 2.2 billion pounds of capacity when combining Inter Pipeline and Exxon Mobil,” a market source had estimated in mid-2022.

During the second half of 2022 InterPipeline probably made just between 60 to 70 million pounds of pellets total, according to the source’s estimate, based on the availability of monomer that the company had.

Demand for polypropylene has seen weakness, along with a slowdown of some economic activity, the source said.

That market had been healthy just months earlier. “It really started to change in the second half of 2022,” the source said.

This was in part because of a “combination of very, very high prices for polypropylene for almost all of 2021 and even the first half of 2022,” the source said.

As for reasons behind the weak demand, the source estimates that “basically the price was too high. that killed the demand. The GDP slowing down quite a bit did not help, and the other thing, the big box stores in general,  had themselves too much inventory,” the source said.

A lot of products got caught up in that overall inventory reduction and it was not just plastic resin, the source said.

“Today in the market we are seeing homopolymer polypropylene in the low to mid 50s, and copolymer in the high 50s, low 60s (cents per pound),” the source said.

One development is a significant increase in PGP (polymer grade propylene) prices, the source said. Propylene can be obtained as a by-product of ethylene production from naphtha or directly from propane through dehydrogenation.

A surge in early 2023 of monomer propylene feedstock prices “has quite a bit to do with the fact that obviously with the cold weather in December there were some shutdowns from the freeze. There were two PDH units that were down this month for planned maintenance,” the source said.

“Polypropylene demand is a little better than it was in the fourth quarter. Not a whole lot better, maybe a little bit better,“ the source said. There is also a little less supply, it added.

“It is not about demand so much. It is about supply being just a little bit restricted. Propylene is a little tight right now,” the source said.

Polypropylene on the other hand is more aligned with the big box stores and retailers, it added.

Polyethylene and polypropylene are two of the most traded and consumed plastic resin commodities.