Chevron Phillips Chemical (CP Chem) is set to soon start construction of a plant to turn ethylene into 1-hexene that will be located near its Sweeny facility southwest of Houston. 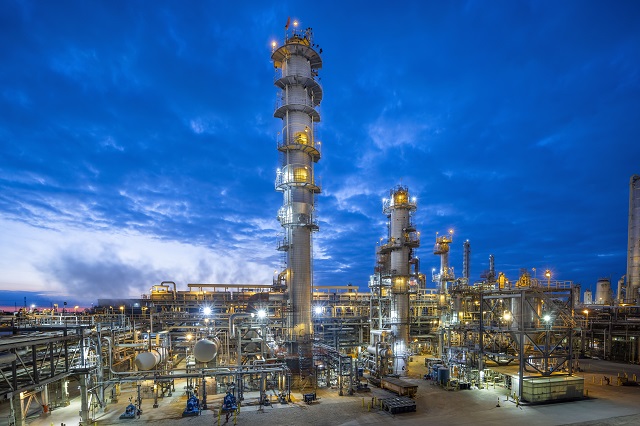 With a 266,000-tonnes/year capacity, the plant will take the company’s total U.S. 1-hexene capacity to 650,000 tonnes/year “at a time of rising customer demand,” CP Chem said in a late May statement. 1-hexene is “central” in the manufacture of high-performance plastics, it said.

The scheduled start up for the project is 2023. Construction will involve 600 workers with 50 permanent jobs after start-up.

Meantime, another company project, one announced back in 2019 and of a much bigger scale, involving an $8-billion investment to build an ethane cracker and polyethylene capacity, remains under consideration.

“We are closely monitoring economic developments and moderating timing to preserve optionality on this project,” CP Chem said on June 4 after an e-mailed request to learn whether there was a tentative deadline for a decision.

Other companies have retaken some of the projects deferred in 2020 due to Covid-19 volatility following a recovery of many resins.

“In light of uncertainty created in the wake of the Covid-19 pandemic, our company has deferred a final investment decision (FID) while it revisits market conditions,” the emailed reply from CP Chem on June 4 said.

“Having completed the FEED (front-end engineering design) work, we are collaborating closely with our joint venture partner Qatar Petroleum, our owner companies and other stakeholders on the appropriate timing to reach an FID,” it added.

Back in July 9, 2019, CP Chem had announced that in partnership with Qatar Petroleum it would build the “U.S. Gulf Coast II Petrochemical Project.”

The project was described back in 2019 as a 2,000 tonnes/year ethane cracker with two adjacent 1,000 tonnes/year high-density polyethylene capacity plants. The project, as announced in 2019, consisted of a venture with CP Chem owning 51% and Qatar Petroleum the rest. Preliminary costs at that time were estimated in the release at about $8 billion.

If the project is built, as many as 9,000 workers would be needed during peak construction, according to the statement released in 2019.

According to an April 20 report by writer Dave Rogers for The Record, a Southeast Texas newspaper, land movement recently became noticeable in a 1,700-acre CP Chem-owned property alongside Highway 87 located west of Orange, Texas.

"At this time, we're removing some of the trees. If and when we get to the FID, we don't have to do much before starting construction," CP Chem’s project director Steve Wardle said, according to The Record.

"It's a land improvement project," Wardle said. "The land we've acquired continues to be the preferred site if we go ahead with this project,” he added, according to The Record.

CP Chem wants to expand its position as a leading 1-hexene supplier. It already operates the world’s biggest on-purpose 1-hexene unit and two full-range alpha-olefin units” at its Cedar Bayou plant in Baytown, Texas, according to the release.

CP Chem, established in July 2000 as a joint venture between Chevron and Phillips 66 when they combined their chemical operations, intends to expand its alpha olefins business by producing intermediate chemicals in turn needed to produce high-performance polyethylene (PE).

High-performance PE plastic resin is in high demand for both film and rigid-type containers used for food, detergent and pharmaceuticals, said Mitch Eichelberger, executive vice president of polymers and specialties.

The new asset will “harness the latest advances in process design” to reduce emissions, it said.

Net income declined in past years

The company, headquartered in The Woodlands, Texas  just north of Houston, announced in March that Bruce Chinn, until April 1 president of Chevron Chemicals, became CEO. He was appointed to succeed Mark Lashier, who retired.