Advances in component manufacturing and performance forecasting are set to halve the number of gearbox faults within a few years, Edwin Hidding, GE product manager, said. 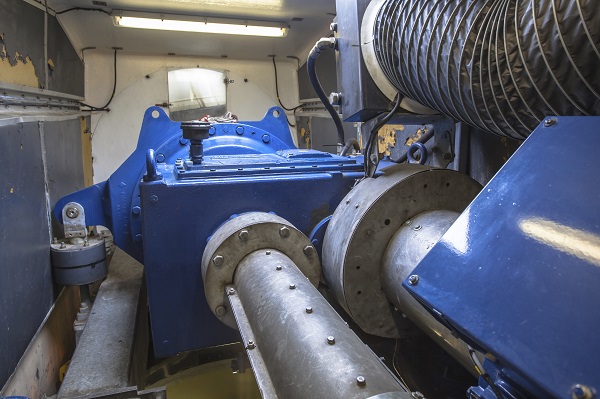 Increasing focus on wind farm Operations and Maintenance (O&M) has led to a sharp improvement in gearbox performance over the last decade.

Gearbox faults have fallen tenfold over the last 10-15 years, through advances in design, material, manufacturing, assembly and O&M, according to Hidding.

Higher performance gearboxes have led to lower margins of improvement, but new technologies and component strategies could halve the number of gearbox faults “within two or three years,” Hidding told Wind Energy Update.

This prediction is based on planned improvements to manufacturing methods and further progress in gearbox O&M, boosted by predictive maintenance systems and vibration analysis.

The gearbox constitutes 13% of the overall cost of a typical onshore wind turbine, according to GCube, a specialist renewable energy underwriter.

If a gearbox need to be replaced, the plant outage can last anywhere between a few days to as much as two months, depending on parts availability, according to the WEU Onshore Asset Optimization & Reliability Benchmarking Report 2015.

At the component level, GE is investigating the use of journal bearing technology instead of roller bearings, the most commonly used type. Other manufacturers such as Denmark’s Vestas have also used journal bearings in operational farms to test their performance.

GE expects the cost of gearboxes to decrease through the use of journal bearings, particularly when used in serial production.

According to component manufacturer Winergy, journal bearings deliver “higher efficiency at lower costs” with almost no wear and reduced noise and vibrations.

Vestas tested a 2 MW gearbox prototype with journal bearings in a V90 turbine in Sweden from 2013-2015.

“After the testing period of two and a half years the bearings prove the expected results. They show no wear in operation and idling and run 100% reliable,” Winergy said.

Winergy is to deliver further gearbox prototypes with journal bearings to major firms in 2016-2017, it said.

Hidding noted that cost estimates for journal bearings have varied, and they are unlikely to completely replace roller bearings, due to factors such as higher efficiency losses in high-speed shafts. Retaining roller bearings in helical gear systems might be appropriate since these systems are easier than planetary gears to repair up tower, he said.

Nevertheless, even using journal bearings in low-speed planetary gear systems could reduce total gearbox failures by up to 25%, Hidding said.

It would likely take another two or three years for journal bearings to enter commercial machines, he said.

Meanwhile, GE is refining its manufacturing techniques to minimize faults. For example, the use of high-strength bolts, in combination with hardened washers, has significantly reduced the failure rate of joints.

GE is also improving its forging processes to improve the purity of materials used in gearboxes.

Reducing the level of inclusions trapped in gearbox materials can cut the chances of failure in highly stressed areas and potentially lower overall fault rates by between 10% and 15% compared to present day, Hidding noted.

A number of other developments, related to operational condition monitoring, promise to improve performance and reliability.

One of the main benefits of condition monitoring technologies for gearbox performance is the ability to conduct an up tower repair rather than carry out a replacement, Shuangwen Sheng, senior engineer at the US National Renewable Energy Laboratory’s National Wind Technology Center, said.

Improved component monitoring and data analysis is set to drive more widespread use of predictive operations and maintenance models.

GE is seeking to boost output by 20% compared with an average wind farm in North America by using a modeling system called the Digital Wind Farm to predict failures and improve performance across all turbine components, including gearboxes.

Operators across the energy industry are now able to use sensors and Big Data analytics to analyze key plant metrics such as vibrations and component temperatures and take appropriate action.

According to Justin Robinett, a risk assessment specialist at Renewable Energy Loss Adjusters, vibration monitoring is “the best technology I’ve seen thus far, revealing damage before it is apparent or exposed.”

Higher costs associated with vibration technology have limited its use in the wind sector, Robinett said, but technology companies are making strong progress in improving the return on investment.

For example, German electronics company Bachmann has refined its vibration monitoring system over many years to provide greater value.

Bachmann provides wind farm automation systems for SCADA and condition monitoring and it has narrowed down the vibration analysis to 200 variables, from 2,000 variables 10 years ago.

The higher visibility provided by predictive systems allows operators to plan maintenance according to availability of resources and expected output levels.

However, Alex Pucacco, consulting engineer at Romax Technology, warned there would always be limits to the accuracy of gearbox failure predictions.

“Given the parameters that wind turbine drive trains are subject to, it’s very difficult to set a particular date for a fault to occur,” he said.