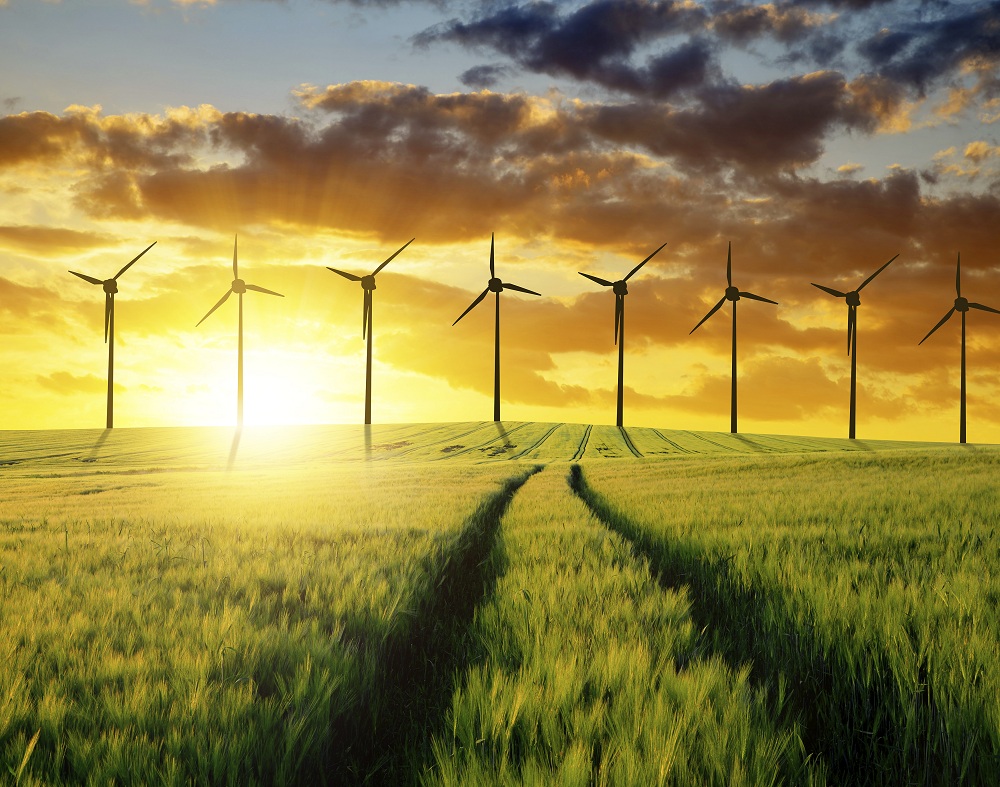 Alliant Energy is an investor-owned utility which supplies around one million electricity customers in Iowa and Wisconsin. The company has been an active developer of wind farms in and around Iowa, a powerhouse state for US wind growth.

Iowa has become a key engine of US wind growth due to a supportive permitting process, support from the State government, and plentiful wind supply, Arenson said.

Iowa wind capacity has risen from 800 MW in 2005 to 5.7 GW, according to the American Wind Energy Association (AWEA). The Midwest State currently leads the US in wind power share, producing 28.5% of its electricity from wind farms.

Terry Branstad, Governor of Iowa since 2011, has been a key supporter of wind projects. While some US states have seen strong NIMBY opposition to wind projects, the landowners and local governments of Iowa have been very supportive, Arenson said.

“Iowa can rely on a good wind resource and on the fact that land owners are very welcoming and positive towards wind,” she said.

Iowa’s electricity rates have remained below the national average and are below rates in other Midwest states, despite a sharp rise in wind capacity.

“Wind continues to be a factor in keeping our customers’ electricity rates among the lowest in the nation,” Bill Fehrman, president and CEO of MidAmerican Energy said in May when the company announced 552 MW of new wind projects in Iowa.

MidAmerican is Iowa’s largest energy firm and the new wind projects will raise its wind power capacity in the state to over 4 GW.

“Once the proposed projects are completed, we’re projecting that 57% of our total retail load could be served with energy from these turbines,” Fehrman said.

Above: Iowa is the top-center State with the largest orange circle

Attractive electricity rates and a clear shift towards renewable energy have prompted an influx of major technology companies into Iowa.

Google and Facebook are among the companies that identified use of wind energy in Iowa as one of the reasons to locate new facilities there.

In addition, the planned Rock Island Clean Line will transmit 3.5 GW from northwest Iowa and the surrounding region to Illinois and other states to the east. The 500 mile interstate link is expected to take between five and seven years to complete, and will add further export demand for Iowa-based wind farms.

Alliant Energy has looked to reduce its O&M costs by allocating tasks according to available skill bases and compound this cost advantage as the fleet expands.

“We have a pipeline of sites in Franklin County, Iowa and near Albert Lea, Minnesota of approximately 400-500 MW,” Arenson said.

“I think we are on the leading edge of embracing what we call a hybrid service model”, she said.

Alliant Energy outsources scheduled turbine servicing to a third party provider and the in-house staff performs trouble-shooting tasks such as major component replacement as well as the day-to-day maintenance operations.

Savings in the range of 10-30% can be made using a hybrid service model, and Alliant Energy has focused on remaining highly competitive.

Other benefits of the hybrid model include the firm's hands-on knowledge of their wind fleet, which benefits the company’s preventative maintenance program. Routine work is subcontracted out, leaving internal operations and engineering teams to solve issues with a long term view to fleet operation.

As Alliant Energy increases the size of its wind power capacity, the firm may opt to change its service model, Arenson added. The market drivers in the wind industry segment are changing and Alliant Energy’s fleet will continue to change with industry at large, she said.

Preventative maintenance can allow firms to avoid catastrophic major component failures, reduce lost revenues by planning maintenance during low wind times, and also minimise the cost of equipment, such as cranes, when carrying out major work.

“We can catch smaller subcomponents, fix those and avoid the increased cost of major component replacement,” Arenson said.

In a survey conducted by Wind Energy Update earlier this year, 80% of wind turbine owners indicated they take either a predictive or preventative approach to maintenance. Developers are also able to perform broader performance analysis during predicted maintenance work, which can result in increased productivity.

Iowa has the third largest wind power capacity of all US states, with 5.7 GW, behind Texas (15.6 GW) and California (6.0 GW), according to the American Wind Energy Association.
Iowa should overtake California by the end of the year as the Mid-West state’s installed wind capacity is expected to rise to 6.3 GW by the end of December and reach 7 GW by 2017.

As investment continues to flow into Iowa’s wind sector, capital investment from wind development will total more than $10 billion by the end of 2015, the Iowa Wind Energy Association (IWEA) said in a recent report.

There are currently 14 wind power manufacturers in Iowa and 75 Iowa companies in the wind industry supply chain. These companies employ 6,000 Iowans, including manufacturing, operations and maintenance, design and engineering professionals.