AI turbine wake controls cut output losses by up to 10% 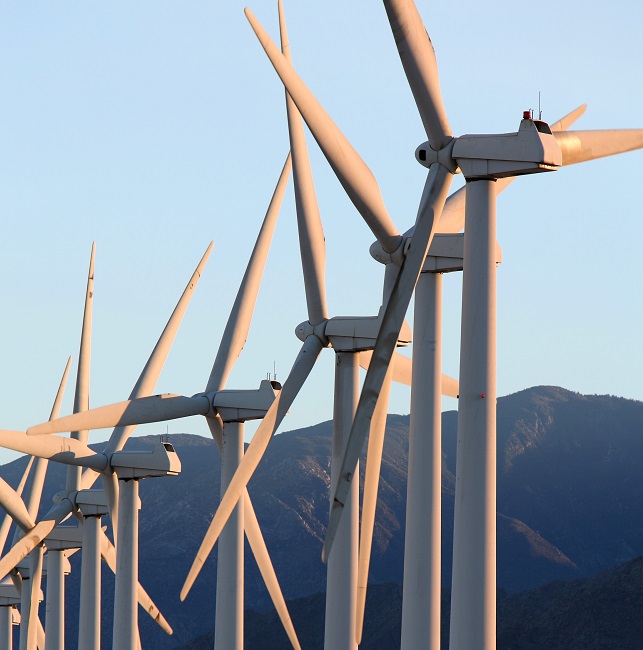 Coordinated yaw adjustments on upstream turbines allow operators to steer low-energy wind away from downstream units, increasing overall output. The Emerson controller system is able to communicate data between the turbine sensors and the analytics system every one to two seconds, allowing turbines to respond to changing site conditions.

Vayu already has data optimization contracts in place at six commercial wind farms. The new control solution can be applied to any wind turbine type and could increase output by as much as 10% at some sites, Kiles told New Energy Update.

Wind farms with turbines in close proximity would benefit the most from this technology and these represent “about two thirds of wind farms in the U.S. and Canada," Kiles said.

A number of public-private initiatives have tested the impact of wake control on wind farm revenues.

Field tests allowed the researchers to test and validate its simulations under a wide variety of environmental conditions seen at a wind farm site over the course of a year.

Other research projects include the Department of Energy's Atmosphere to Electrons (A2e) program, which analyzed plant dynamics and turbine optimization in the context of surrounding weather activity.

NREL also led an international effort with Delft University in the Netherlands to develop an open source software that models wind wakes and wind speed deficits according to yaw settings. The ‘Flow Redirection and Induction in Steady State’ (FLORIS) program can be used in conjunction with control solutions to maximize total output of wind farms.

“Full plant control is in its infancy – very few commercial plants now use it, but it is of high interest throughout the industry,” he said.

"Offshore plants tend to be more tightly spaced than land-based plants…There is large financial incentive to minimize the amount of undersea infrastructure,” he said.

Launched as part of the Carbon Trust’s Offshore Wind Accelerator program, the WFCT project will be the first to demonstrate the gains from wake control strategies at a full-scale offshore wind farm.

Early data indicated pitch and yaw-based control strategies could increase energy yield by as much as 3.5%, according to the Carbon Trust.

Full results from the WCFT are expected this year.

Since wind farms are set up to maximize prevailing wind directions, the Emerson-Vayu solution will be particularly effective when wind blows from other directions, Kiles noted.

Modelling showed the solution is most effective at sites with low to middle wind velocities, from 3 meters/second up to 9.5 meters/second, he said.

Regions that experience high temperatures will be key target markets.

This raises electricity prices in these areas, opening up significant revenue opportunities.

"Being able to produce additional energy at those times is particularly valuable,” he said.

Emerson and Vayu are looking to capitalize on a surge of repowering activity in the U.S. wind market. Repowering has hiked in recent years as operators capitalize on rising turbine efficiencies and tax credit windows to increase asset returns.

For example, GE Renewable Energy has repowered 4 GW of onshore wind capacity at 2,500 turbines since 2017, and expects to repower a further 3 GW by the end of 2020, the company said last month.

To qualify for PTCs, repowering projects must invest at least 80% of the fair market value (FMV) of the asset. Operators must invest 5% of the total repowering plan by the end of 2019 to gain the current tax credit level.

Some operators may choose to include wake control solutions in early repowering spending and make "later plan modifications to include turbine upgrades within the four-year completion window,” Kiles said.

Such additional controllability could equip wind turbines to provide ramping, reserve and frequency control services, according to market needs, he said.

Such predictive strategies will be supported by improving sensor and analytics capabilities which are set to transform operations and maintenance (O&M) practices.

"In the next one to five years you are going to see turbines coming online with more sensors and capabilities in that regard than ever before and we are going to have better analytics and machine learning to make sense of that data stream," he said.