The first-ever field tests on offshore wake steering could help raise energy yields by up to 3.5% and have a lasting impact on the design of components and windfarm layouts. 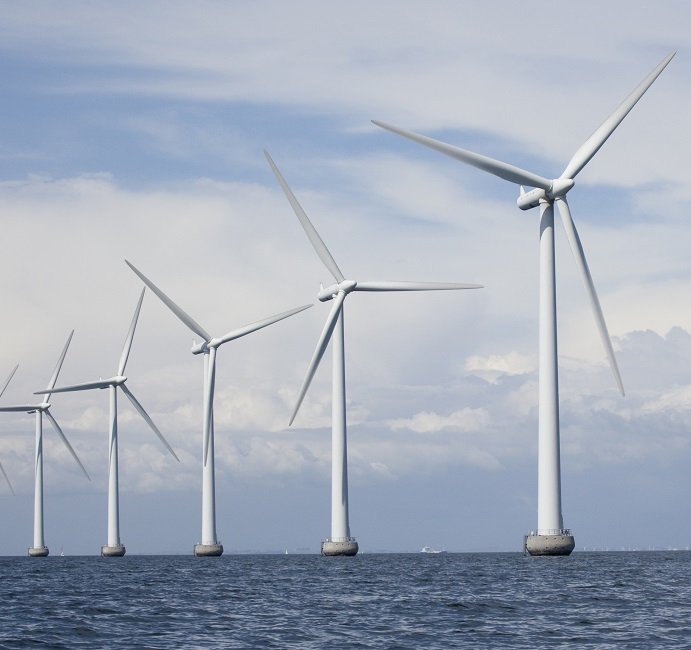 This year, researchers will examine the performance gains from wake steering at a UK offshore wind farm. (Image credit: Pareto).

Launched as part of the Carbon Trust’s Offshore Wind Accelerator program, the WFCT project will be the first to demonstrate the gains from wake control strategies at a full-scale offshore wind farm. Wake control strategies use pitch and yaw controls to increase the production of the entire wind farm, rather than maximizing individual turbine output.

Rising wind turbine capacities are increasing the importance of wake control. Last year, Orsted became the first offshore wind farm developer to install 8 MW turbines and the company has predicted turbines of capacity 13 to 15 MW will be on the market by 2024.

The WFCT researchers are building on previous desktop studies performed by research bodies such as FP7 ClusterDesign, FLOW and the U.S. National Renewable Energy Laboratory (NREL). Current data shows that pitch and yaw-based control strategies could increase energy yield by as much as 3.5%, according to the Carbon Trust.

"We can run scenarios in various different models to understand whether the overall output is increased by, for example, de-rating the front row of turbines. It gave us the confidence to know that this is worth pursuing further,” she said. 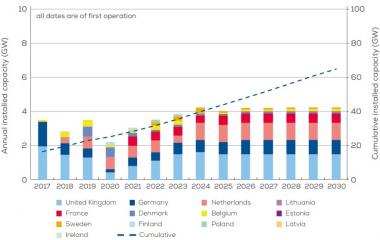 Wake controls provide operators with multiple options to optimise wind flows, Smith said. For example, the swept area of the rotor can be used to force wind flows into the path of turbines down wind, she said.

Another option is to adjust rotor angles to “kick the wake out so that it’s not hitting the turbine directly behind it,” Smith said.

In the U.S., NREL and project partners NextEra energy and Ystrategies are carrying out the first large-scale commercial tests of yaw control modelling and optimization software at the Peetz Table Wind Energy Center (PTWEC) in Colorado.

According to NREL, onshore wind farms can lose up to 20% of their gross energy production from the wake created by upstream turbines.

Initial findings of the project show coordinated 'yaw-offset-induced steering’ can increase annual energy production (AEP) for an entire wind plant by a “few percentage points,” Katherine Dykes, wake steering project manager at NREL, told New Energy Update in July 2017. The results of the study are expected to be published in the coming months.

Other ongoing research includes the U.S. Department of Energy's Atmosphere to Electrons (A2e) research program, which is analyzing wind plant dynamics and turbine optimization in the context of surrounding weather activity.

The UK’s WFCT project will involve the installation of measurement systems including strain gauges, eight nacelle-mounted Light Detection and Ranging (LiDAR) units, and one scanning LiDAR.

Expected increases in energy yield and load reductions are based on changing the turbine input parameters through pitch and yaw-based control strategies, rather than any physical modifications, Smith noted.

As a result, the new control strategies can be applied to both new wind projects and existing wind farms, she said. 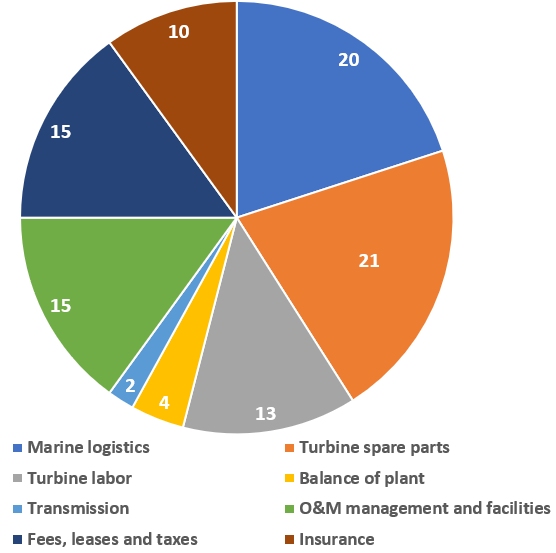 In addition to performance gains, the Carbon Trust predicts improved wake strategies could reduce the load on certain turbine components by as much as 50%.

This would have a significant impact on operations and maintenance (O&M) costs and could also influence component design going forward.

"It’s just not understanding how turbines behave and how we can control that, it means we can further refine designs,” Smith said.

In particular, foundation designs could benefit from expected fatigue reductions, she said.

Going forward, operators could factor in these new control strategies in the array designs of new wind farms, Smith said.

"I can certainly see a potential in the future to affect the design of the wind farms. That could be a natural outcome of understanding this more,” she said.

The WFCT team is currently analyzing data to determine the most suitable windfarm for the trials. The trials are expected to start this year and full results are expected in 2019. The researchers aim to collect a year of measurements to get the whole range of seasonal conditions.

The research team plan to choose a windfarm of significant size for the tests. Offshore wind farm sizes have increased rapidly in recent years as operators look to benefit from economies of scale and series.

"We’re in discussions with various project partners…We want to make sure that, whatever project we choose to do the trial on, it should be applicable to the vast majority of commercial projects," Smith said.