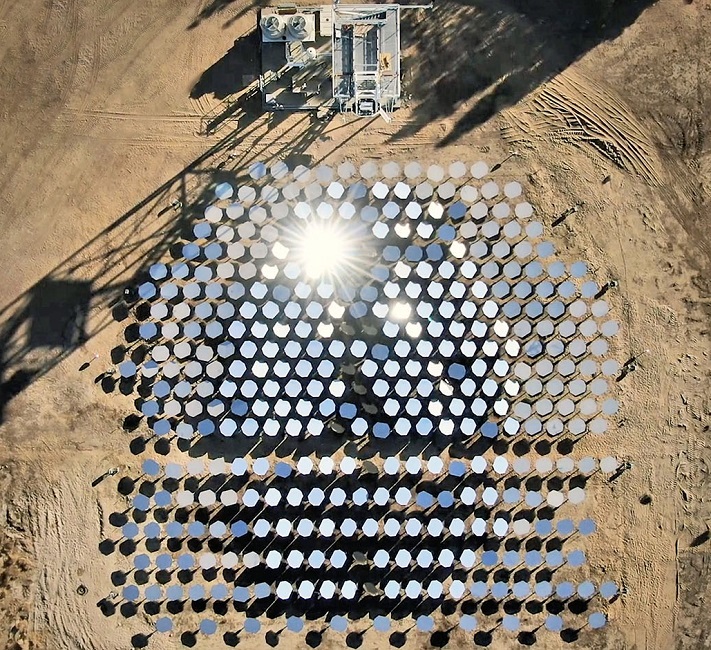 The US Department of Energy (DOE) has awarded concentrated solar developer Heliogen $39 million to build and operate a 5 MW CSP plant with supercritical CO2 (sCO2) power cycle and thermal energy storage. Heliogen will commit $31.1 million to the project, the DOE announced November 12.

The project will include a newly-built heliostat field and act as a demonstration plant for the integrated sCO2 power cycle and storage system. The plant will limit the turbine inlet temperature to 600° C in order to use widely-available stainless steel alloys.

"This project will generate real operational data of a thermal energy storage-driven sCO2 power cycle, to enable commercial adoption of this novel technology," the DOE said.

Operating at around 700 degrees C, the 10 MW turbine yielded a thermal efficiency of almost 50%, far higher than the 35 to 40% achieved by conventional CSP systems.

The Spanish Union of Standardisation (UNE) has approved the creation of an international standard for thermal insulation in CSP towers proposed by heat shield group Refractaris.

The next step would be the formation of a working group under International Electrotechnical Commission (IEC) procedures, including members from the U.S., China, Germany and Spain, Refractaris said November 12.

Spanish group Refractaris has designed and installed protection shields for 90% of the world's CSP towers, including the 950 MW Noor Energy 1 CSP-PV plant in Dubai, the 110 MW Cerro Dominador project in Chile and the 50 MW Luneng Haixi project in China.

CSP development has slowed in recent years as PV and battery costs have continued to fall. However, CSP developers believe the demand of CSP plants with storage will rise as larger amounts of intermittent PV and wind capacity come online.

Shanghai Electric is the contracted Engineering, Procurement and Construction (EPC) supplier and the project will include technologies from a wide range of European and U.S. suppliers.