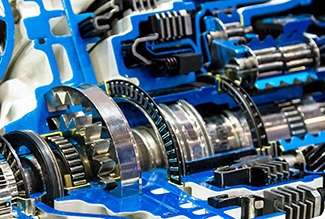 A year into their research, European scientists are on schedule to develop a new blended fluid system that could increase the efficiency of supercritical carbon dioxide (sCO2) CSP plant cycles.

The 5 million-euro ($5.5 million) SCARABEUS project will see researchers add small quantities of selected elements to pure CO2 to increase the efficiency of CSP plants beyond levels achieved by steam-based or conventional sCO2 systems.

“SCARABEUS is focused on the cold section of the power cycle- cooling and compression. This is the main differential feature of the project," David Sanchez, Professor of Energy Systems at Universidad de Sevilla and SCARABEUS spokesman, told New Energy Update.

The blending raises the critical temperature of the working fluid in the CSP system to between 50 to 60 degrees C, allowing the use of Rankine cycles and design gains which could unlock deployment in arid, high ambient temperature locations, Sanchez said. 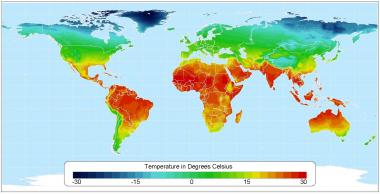 Funded by the European Union (EU), the SCARABEUS members include five universities and four companies. By 2023, the teams aim to demonstrate CO2 blends can reduce capital expenditure (capex) by 32% and operational expenditure (opex) by 40% over conventional steam cycles.

The SCARABEUS teams are currently performing simulations for selected CO2 blends and results so far show economic and technical objectives can be met, Sanchez said.

The next challenges are to expand the portfolio of blends available and to demonstrate the thermal stability of these mixtures, he said.

A number of global research teams are developing new high-temperature CSP designs to increase the energy conversion efficiency of thermal to electricity systems and reduce costs.

In the U.S., Brayton Energy, the National Renewable Energy Laboratory (NREL) and Sandia Laboratories are competing for a $25-million grant from the Department of Energy (DOE) to build a CSP system capable of temperatures over 700 degrees C.

Operating at around 700 degrees C, the 10 MW turbine yielded a thermal efficiency of almost 50%, far higher than the 35 to 40% achieved by conventional CSP systems.

The higher critical temperature achieved through CO2 blends allows the use of condensing Rankine-type cycles at the high ambient temperatures that are inherent to CSP sites. In these conditions, standard sCO2 systems must adopt less efficient Brayton-type configurations. The SCARABEUS team is targeting power cycle conversion efficiencies above 50%.

The condensing Rankine system in the SCAREBEUS cycle offers a simpler layout than conventional Rankine and sCO2 Brayton cycle designs.

The system uses a simplified power block and only one recuperator and primary heat exchanger, compared with more than ten heat exchangers in a conventional Rankine steam cycle, project documentation shows.

The blended working fluid approach also allows for the use of a pump rather than a compressor in the turbomachinery. This reduces power consumption and physical size. City University of London is leading work on the turbomachinery for the project.

The use of ACC systems instead of WCC reduces design complexity and costs, removing the need for a water loop and associated pumping equipment and cooling tower. Zero consumption of water also reduces opex and the environmental impact.

Switching to an ACC system will reduce capex and opex by around 3%, according to the researchers.

This could be of particular benefit to projects in the Middle East and North Africa (MENA), a key growth area for CSP. In this region, temperatures regularly exceed the natural critical temperature of CO2 and a lack of local supply ramps up the cost of WCC systems.

The size of the ACC can also be reduced by optimizing the CO2 heat transfer coefficient using tubes with internal grooves.

“The SCARABEUS concept will tackle CSP costs at their very heart by enabling significant size reductions of all the components of the plant…thus bringing about a significantly lower [levelized cost of energy],” he said.