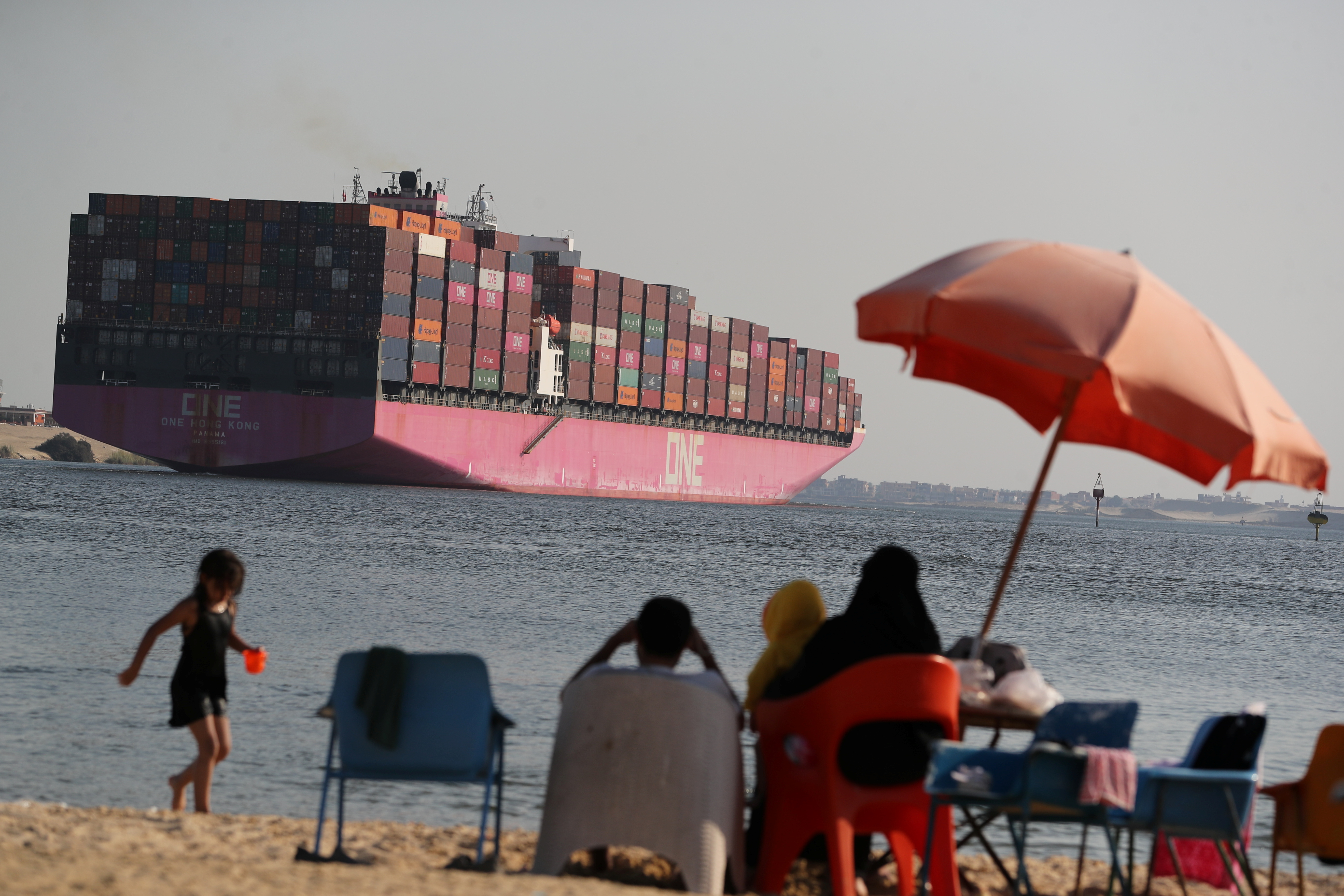 Egypt is positioning itself as a green hydrogen and ammonia producer in works along the Suez Canal. (Source: Reuters/Mohamed Abd El Ghany)

Saudi Arabian company Alfanar has signed a memorandum of understanding (MoU) with Egypt to develop a $3.5 billion green ammonia facility in the north African country, the company said in a statement.

The MoU was signed with the General Authority of the Suez Canal Economic Zone (SCZone), the Sovereign Fund of Egypt (TSFE), the Egyptian Electricity Transmission Company (EETC) and the New and Renewable Energy Authority (NREA).

“We have enjoyed a long-standing relationship with Egypt and are thrilled to partner with such esteemed organizations of national importance on this program,” said Sabah Al-Mutlaq, Managing Director of Alfanar Projects.

African power company Globeleq also signed a MoU with the SCZone, TSFE, EETC, and the NREA to jointly develop a large-scale green hydrogen facility within the Suez Canal Economic Zone, Globeleq said in a separate statement.

The two projects are among seven MoUs signed in August to set up green hydrogen and ammonia facilities in the Egyptian port of Ain Sokhna.

Egypt is positioning itself as a green hydrogen producer after a number of MoUs signed this year, including with Indian group Indian ReNew Power Private Limited in July for a factory worth $8 billion and a capacity of 20,000 tons of green hydrogen a year.

The deal forms part of Amazon’s commitment to be net-zero carbon by 2040, it said.

The deal is for Plug to supply 10,950 tons of liquid green hydrogen a year to fuel Amazon operations beginning Jan. 1, 2025.

“Landing a green hydrogen supply deal with a customer like Amazon validates our multi-year investment and strategic expansion into green hydrogen. We are excited to expand our relationship with Amazon in exploring the use of other hydrogen applications, such as fuel-cell electric trucks and fuel-cell power generation stations that could provide electricity to Amazon buildings and the deployment of electrolyzers in fulfillment centers,” said CEO of Plug Andy Marsh.

Since 2016, Plug has helped Amazon to deploy more than 15,000 fuel cells to replace batteries in forklifts across 70 distribution centers and forms part of the companies’ efforts to expand the applications of green hydrogen beyond material handling, they said.

Canada and Germany have signed a Joint Declaration of Intent committing the two countries to collaboration in the export of clean Canadian hydrogen to Germany, the countries said in an event including Canadian Prime Minister Justin Trudeau and German Chancellor Olaf Scholz.

The accord comes as Russia’s invasion of Ukraine, and consequent trade and energy supply chain difficulties, has threatened European and global energy security, prompting Canada to work with European partners to strengthen security and accelerate the global energy transition.

“To these ends, Canada’s allies in Europe have initiated efforts to displace imports of Russian oil and gas in the short term while accelerating efforts to deploy renewable energy and clean hydrogen. The Government of Canada is committed to supporting these efforts,” the government said in a statement.

“Unlocking the potential of hydrogen is an essential part of our government’s plan for a sustainable economic future — not just for the domestic opportunities for emissions reductions but also for its potential as an export opportunity: to provide clean energy to countries around the globe,” said Canadian Minister of Natural Resources Jonathan Wilkinson.

Japan passed a bill in May, effective in six months, which will give JOGMEC permission to finance hydrogen, ammonia, and CCS projects as well as coal, oil, gas, and metals projects.

"We intend to pursue carbon neutrality by focusing on blue hydrogen and ammonia projects for the time being... but we are looking at increasing the number of green projects in the future," he said.