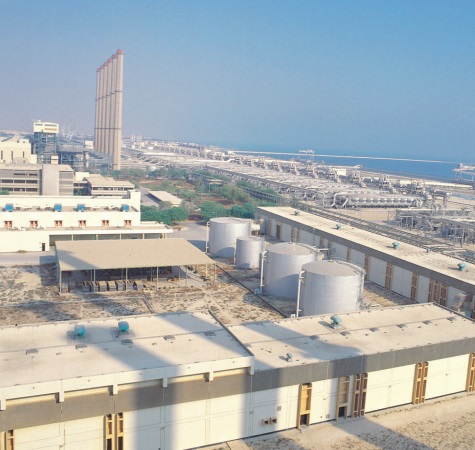 The U.S. Department of Energy (DOE) recently announced it would provide $21 million to 14 new solar thermal desalination projects which aim to reduce costs and open up the technology to new markets. The research projects cover a range of desalination technologies and are expected to take up to three years to complete. Elsewhere, researchers in Europe, Africa and the Middle East are continuing to optimize CSP designs for joint power and desalination purposes.

Key growth markets for desalination include municipal water production, agriculture, industrial processes and the purification of water produced during the extraction of natural resources. In solar-laden countries like Saudi Arabia, growing power demand and desalination needs present a major opportunity for CSP with storage.

The DOE's latest R&D initiative has set a target of a levelized cost of water (LCOW) of $0.50 per cubic meter for large-scale plants that process high-volume, low salinity water such as sea water for a municipal utility. For small-scale plants that process low volume, high-salinity water, such as brine from oil and gas operations, the research projects must aim to achieve a LCOW of $1.50 per cubic meter.

Reverse osmosis is currently the most commonly-used process for desalination but CSP plants may be more suited to multi-effect distillation (MED) as it applies a series of steam-based heating procedures, Aris Bonanos, assistant professor of energy systems at the Cyprus Institute, said. Thermal desalination can also accommodate warmer, higher salinity seawater, which can interfere with reverse osmosis processes.

The Cyprus Institute developed MED-based CSP power and desalination plant designs for Mediterranean islands in a project co-funded by the European Union.

“Our findings indicate that the co-generation is technically feasible and profitable under some environmental (e.g. distance from coast, seawater salinity, etc) and financial conditions, Bonanos said.

Reverse osmosis technology is continuing to improve and cost reductions are required for the CSP power system as well as the MED element for the technology to be competitive, warned Ernest Dall, assistant engineer at Namibia’s NamPower and co-author of a recent economic study on CSP desalination.

“It is fundamental that the energy source is reliable, flexible and cheap...All in all, the capital costs of both [integrated] technologies must be reduced,” he said.

A report by South Africa's Stellenbosch University, co-authored by Dall, showed that a 100 MW CSP plant in Namibia, adapted to co-generate water via multi-effect distillation (MED), could be financially viable.

The CSP-desalination plant would be more expensive to construct and operate than the existing Trekkoppje 20,000 million cu m/year reverse osmosis plant, situated north of Swakopmund, but rather than consume electricity, it could supply power across peak evening periods, the study said. The plant could supply 15% of Namibia's peak power demand, helping the country meet its target of generating 70% of power from renewables by 2030, it said. 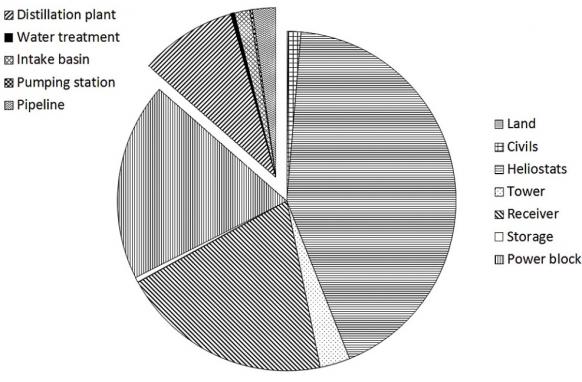 CSP storage technology is set to advance rapidly in the coming years. CSP researchers are developing new high-temperature designs and introducing new storage mediums in a bid to increase efficiency.

New breakthroughs in CSP design could open up more remote siting opportunities for desalination projects which do not require electricity production.

The removal of the electricity block could reduce the total cost of the CSP plant by around 10%, Bamhair said.

To avoid degradation of the boiler, 50% of the energy was supplied from a conventional boiler, he said.

Saudi Arabia is seen as a key potential market for CSP desalination projects. The kingdom’s demand for desalinated water is currently around 7.5 million cubic meters per day and water demand is expected to rise 30% between 2016 and 2030.

Saudi Arabia currently hosts 18% of the world's desalination plant capacity, of which around 70% operates by burning fossil fuels to power MED or multi-stage flash distillation (MSF) processes. Saudi Arabia's National Renewable Energy Program (NREP) has set a target of 9.5 GW of renewable energy capacity by 2023, including potentially 1 GW of CSP, as the country looks to diversify away from hydrocarbon resources.

ACWA Power's position as a leading CSP and desalination developer and its growing links with China could accelerate advancements in co-generation projects.

ACWA Power is developing the giant 700 MW DEWA CSP plant in Dubai at a record-low tariff price of $73/MWh. Shanghai Electric, a major Chinese power company will manage the installation and China's Silk Road fund recently agreed to acquire 24% of the project.