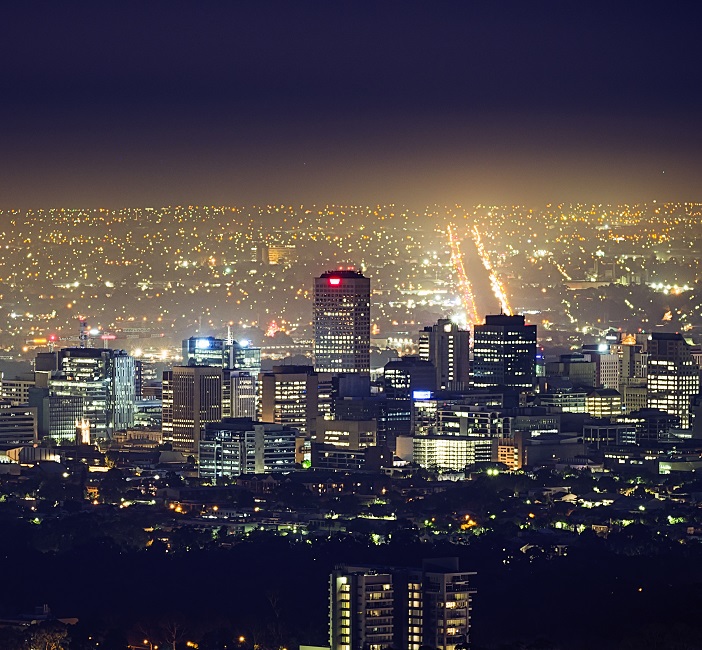 The "Generation Purchase Agreement" [GPA] is a key step in the development of Australia's first large-scale CSP plant. Aurora will hold eight hours of full load storage capacity and is expected to cost AU$650 million ($505.9 million) to build. Construction is due to begin in 2018 and is expected to be completed in 2020. 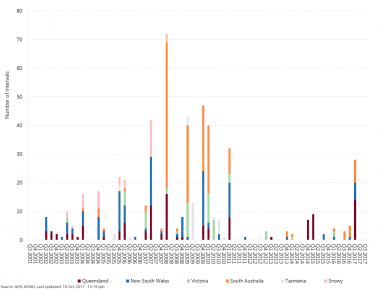 "The key benefit of this [GPA] structure is that it allows us to offer a competitively priced plant, inherent market risk management capabilities, and green attribute value while helping to stabilize pricing volatility and enhancing the transmission grid," he said.

Under the agreement, SolarReserve will retain 75% of renewable energy certificates issued for the plant, providing an additional revenue stream for the developer.

SolarReserve currently owns 100% of the Aurora project and plans to bring in new equity partners as it fleshes out the project finance structure ahead of construction, Georgis said.

The GPA is the result of a tender launched by the state government in September 2016 to procure 75% of its long-term power supply. The state also decided to procure 25% of electricity from renewable sources.

"The offer from SolarReserve was the lowest-cost option of the shortlisted bids... the government will pay an expected levelized price of AU$75/MWh, and no more than AU$78/MWh," the office of Jay Weatherill, Premier of South Australia, said in a statement.

Quarterly base futures prices by region 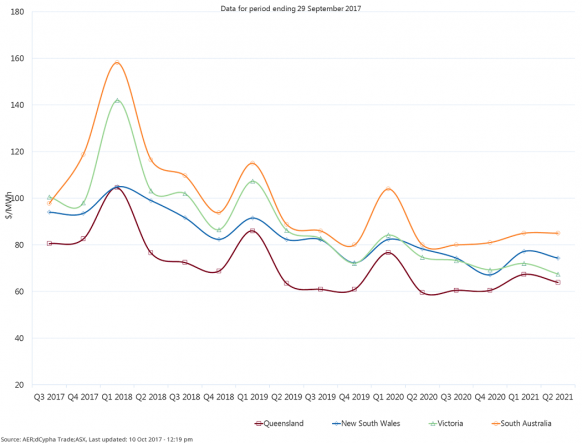 Under the agreement, SolarReserve will operate as a wholesale generator and deliver its power to the National Electricity Market (NEM) and the government will buy its power from the NEM. The annual load of the government is approximately 500 GWh, roughly the annual output of the Aurora power plant. The government load profile is higher during the off-peak daytime working hours and peaks at around 125 MW.

Effectively, SolarReserve takes wholesale market (electricity pool) risk on the output over and above the government load profile, which is typically favorable in terms of hourly price trends.

In addition, SolarReserve will be allocated 75% of the Large-Scale Generation certificates (LGCs) issued to the plant. LGCs are issued annually for renewable energy output and are usually sold to electricity retailers which are required to surrender a set number of certificates each year. LGCs have been valued at around $80/MWh in recent months, according to online data sources.

"This program is only in place for the next 10 years, and the revenue is difficult to predict, but it has value to the project economics," Georgis noted.

The GPA structure could be applied to other global markets which use national electricity pools, Georgis said.

A key target for SolarReserve has been Chile, where the company has thus far proposed eight towers for a total 7,000 GWh of annual output, to supplement the country's rising PV and wind output.

SolarReserve has bid the projects into Chile's national power auctions but is yet to be allocated capacity, despite a record-low CSP bid of $63/MWh in August 2016. The auctions allocated projects on a levelized cost of energy (LCOE) basis and wind, solar, coal and gas projects were bid at lower prices.

SolarReserve also has ambitious expansion plans in Australia as it looks to take advantage of strong solar resources and rising renewable energy targets.

The developer is considering building four to six CSP plants, each of capacity 100 to 150 MW, in the state of Queensland. The company is also studying several other sites in South Australia and Western Australia, Georgis said.

"These opportunities are a combination of mining, industrial and retailer offtake," he said. 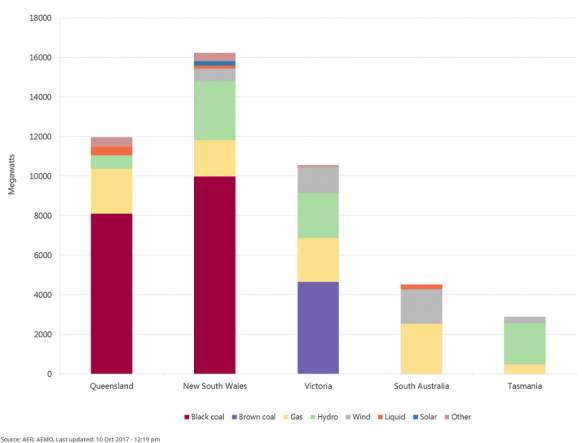