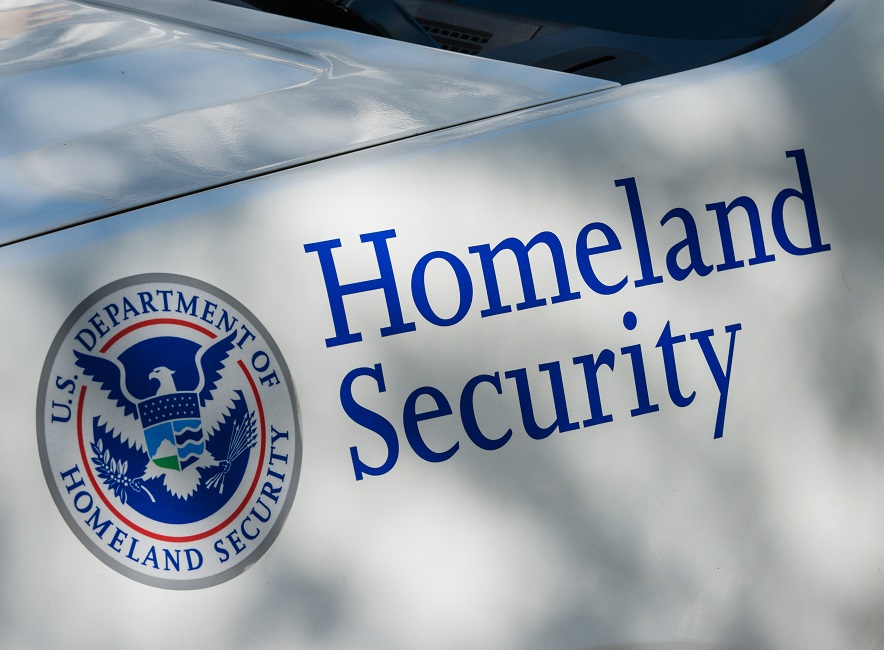 US Senator demands details of cyber attacks on nuclear reactors

Senator Edward Markey has called for U.S. federal government departments to reveal how many nuclear power plants have been impacted by cyber attacks and demonstrate sufficient cyber security measures are in place, following media reports of security breaches.

Last week the New York Times reported a persistent cyber security threat targeted personnel working for nuclear plant operators and manufacturers of plant control systems, citing a classified report by the Department of Homeland Security. Bloomberg reported that the chief suspect in these attacks was Russia, which is also suspected of disrupting energy infrastructure in Ukraine.

Senator Markey demanded further details in a letter sent to federal government departments on July 10. Markey is a member of a U.S. subcommittee for international cyber security and sits on the Senate Foreign Relations Committee.

"The Department of Homeland Security has stated that the impact of these attacks 'appears to be limited to administrative and business networks.' However, there is no guarantee that malicious code could not migrate to physical control systems through the errant or unauthorized use of removable storage devices," Senator Markey said in the letter.

"Furthermore, administrative and business networks could contain information relevant to the safety and security of nuclear plants, as well as personal information about the plant personnel. Malicious actors could use sensitive data to undermine plant security," he said.

On May 11, President Trump signed an executive order to strengthen the cyber security defences of federal networks and critical infrastructure.

Rising global connectivity means that all business sectors are facing a growing array of cyber security threats. The growth in digital communications to improve collaboration and productivity in the workplace has seen a rising number of unauthorized incursions linked to employees, according to the U.K. Government’s 2015 Information Security Breaches Survey, conducted by PWC.

Conventional industry thinking that all nuclear facilities are ‘air-gapped’ (isolated from the public internet) is misinformed, Chatham House said in a report. The think tank conducted 18 months of research including 30 interviews with nuclear industry staff in U.S., Canada, U.K., France, Germany, Japan, Ukraine and Russia.

At a global nuclear security summit held in Washington in March 2016, operators agreed to “move beyond traditional security solutions and develop more effective technological approaches to cyber security,” according to a group statement, published by U.S. Nuclear Energy Institute (NEI).

The use of social engineering to mount attacks on business data and information networks is emerging as a major risk to cyber security at nuclear power plants, experts told Nuclear Energy Insider.

EDF launched a review of the costs and timetable of the plant in September 2016, when UK Prime Minister Theresa May reaffirmed the government's commitment to the project. Chinese state firms own a third of the project and EDF has pledged to deliver the first 1.65 GW reactor by the end of 2025.

EDF's latest cost estimates factor in a "better understanding of the design adapted to the requirements of the British regulators, the volume and sequencing of work on site and the gradual implementation of supplier contracts," the company said.

EDF has lowered its expected rate of return for the project from 9% to 8.5% and the “risk” of deferred commissioning dates is estimated at 15 months for the first 1.65 GW reactor and nine months for the second unit, it said.

"This risk would entail an additional potential cost of around 0.7 billion [pounds] in 2015 sterling," EDF said.

The completion of the Hinkley Point C plant is scheduled to coincide with the closure of the UK's unabated coal-fired power stations.

In October 2013, the UK government agreed a highly controversial 35-year guaranteed "strike" price for the plant at 92.50 pounds per MWh. This is far above current average wholesale power prices (see chart). 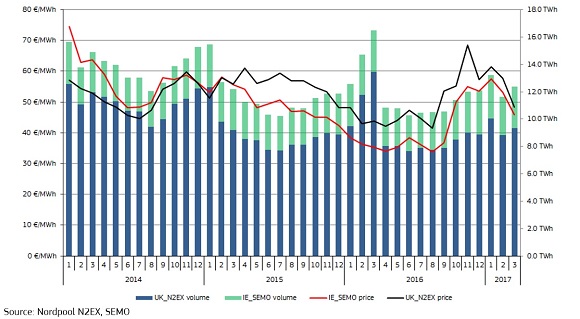 The UK HPR1000 design was developed by China General Nuclear (CGN). General Nuclear Services (GNS), a subsidiary of EDF and CGN, proposes to install this design at the Bradwell nuclear site in Essex.

EDF's EPR design is the only large-scale reactor design to have completed the GDA process. The process took over five years and was completed in 2012.

Hitachi-GE's UK Advanced Boiling Water Reactor design (UK ABWR) has progressed to the detailed assessment stage of the GDA and design acceptance is expected to be granted in December 2017.

The new center, situated on a site owned by Nuclear AMRC member Cammell Laird, has over 1,000 square metres of workshop space and will host specialized machining, joining and assembly equipment to develop and test modular manufacturing techniques. The facility will be used to research modular techniques for new reactors of all sizes and develop modular techniques to improve decommissioning and waste management efficiency.

"Our Birkenhead facility is the first of a new network of regional supply chain hubs, which will help us provide on-the-ground support to companies of all sizes across the UK," Andrew Storer, Nuclear AMRC's Managing Director, said in a statement.

Cammell Laird is leading the UK’s new 'Fit for Modules' research project which aims to develop the national supply chain into a world leader in modular manufacturing techniques.

Following 12 months of research, the consortium plans to publish a technology roadmap detailing how modular manufacturing capabilities and technologies should be developed over the next five years.