Two new reactor designs show how the new nuclear industry is being forged to meet a range of energy needs though fuel availability remains a potential roadblock. 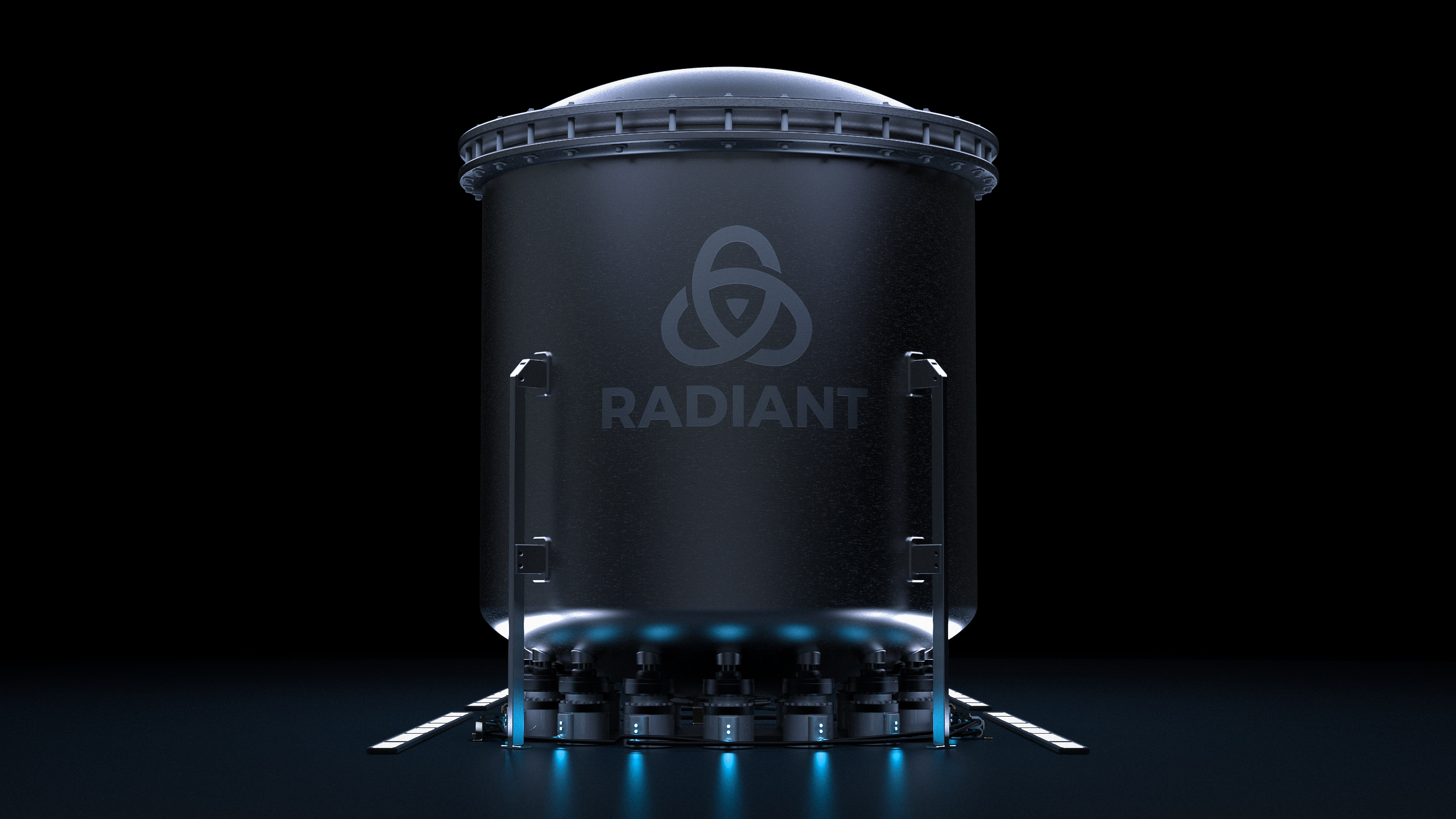 Radiant’s micro reactor and TerraPower’s Natrium project have made headlines recently for advances they have made toward their own unique, demonstratable nuclear-fueled power generators and both programs show how entrepreneurs in the advanced nuclear reactor space are streamlining designs to customers’ needs.

Radiant, founded by former SpaceX engineers, recently announced it had raised $1.2 million from private investors and secured provisional patents for the development of a low-cost, portable microreactor while TerraPower, founded by investors including Bill Gates, showcased its Natrium technology with a 345-MW sodium fast reactor coupled with a molten salt-based energy storage system.

“Many of the attributes that companies like us are shooting for - better cost, better safety, waste reduction, non-proliferation benefits - we were able to accomplish all of those things together, but we also did thinking and listening to what utilities were saying about the 2030 needs, and that’s where energy storage came in,” President and CEO of TerraPower Chris Levesque said in a webcast hosted by ClearPath.

Radiant, meanwhile, is designing a reactor that would generate around 1 MWe of power, can be carried on a flatbed truck and has a refueling cycle that could be as long as eight years.

“We’re looking at remote communities in the arctic and subarctic regions, in Alaska and in Canada and they’re very similar to the military’s use case, which is a forward operating base or a remote military base,” co-founder of Radiant Doug Bernauer tells Nuclear Energy Insider.

TerraPower, working with GE Hitachi Nuclear Energy, have developed Natrium to work alongside the growing number of solar and wind power installations across the United States by providing an extra boost to capacity when needed via molten salt thermal storage.

A Natrium plant would have baseload electricity output from a 345 MWe sodium fast reactor with molten salt thermal storage that can be used to increase output during peak demand to up to 500 MWe for more than five-and-a-half hours.

To keep costs down, the 16-acre reactor island would be housed separately from non-nuclear mechanical, electrical, and other equipment, which could be built to industrial, rather than nuclear, standards.

The design fits with utilities that have invested in renewable plants, such as Duke Energy and Energy Northwest, but face intermittency problems inherent to solar and wind. 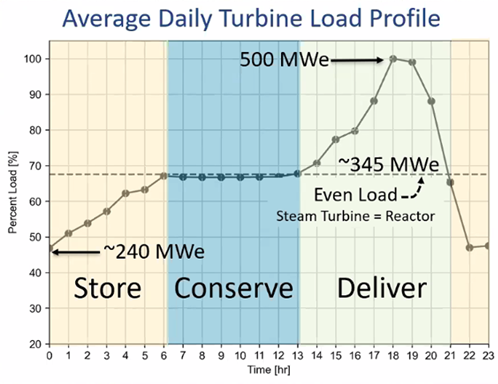 Duke aims to reduce its carbon emissions by half by 2030, which it will achieve through the expansion of its renewable portfolio, though its next goal of net zero by 2050 is more challenging, says Chris Nolan, Vice President of regulatory affairs at Duke Energy Corporation.

“We need (any replacement of natural gas generation) to be load following, because that maximizes our ability to bring in solar and wind, but we also need it to be carbon free to reach our net-zero goals,” Nolan said during the Natrium webinar.

Storage is the key to the solution, he adds.

“From the reactor standpoint, the size and concept is right and then the storage concept adds value.”

Pick up and go

Radiant, meanwhile, was formed by a group of former SpaceX engineers looking for a solution to hard-to-reach, far flung locations that need pick-up-and-go generation that can run for years without frequent and expensive refueling.

“It’s interesting working with them because there are certain known quantities in nuclear, such as terminologies that we would use, that they don’t know, but then you see the isometric drawings and flow sheets and talk about how they’re going to make a quick disconnect around there … it’s a very practical, hardware, experience-based angle,” says Nicholas Smith Deputy Director of the National Reactor Innovation Center at the Idaho National Laboratory (INL).

The contractor that manages operations at the INL, Battelle Energy Alliance, recently signed a memorandum of understanding seeking collaboration for development and testing of the technology.

The strategy has been to start small, focus on markets where there is a demand for 1 MW generator, and then take it from there, says Smith.

Bernauer believes that Radiant, whose investors include Charlie Songhurst, Hank Vigil, Josh Manchester and Tom McInerney, will have a nuclear-fueled demonstration of his microreactor within five years, though admits that since micro-reactors are still a new concept for regulators such as the NRC, new rules need to be formulated.

“For a long time they’ve only worked on light water reactor systems and at grid scale so they’re really trying to come up with a comprehensive way to address both SMRs and microreactors, some using molten salt and some with newer designs, where there is no clear regulatory path,” Bernauer says.

The reactor will run on High Assay, low enriched Uranium (HALEU) in TRi-structural ISOtropic (TRISO) particle nuclear fuel, and it is this fuel that may be a problem for both Radiant and TerraPower.

The chicken and the egg

HALEU burns hotter and longer than other fissile material, with uranium enriched at around 19.75%, below the trade regulation limit of 20% and above the standard enrichment for light water reactors of around 3-5%.

The problem for potential users is that there is very little HALEU in the United States and, because there are no existing reactors using it, few plans to make large quantities of it.

“The nuclear industry council survey this year asked what keeps you up at night and the number one answer was access to HALEU. So, there has been a chicken and egg problem. How do you solve this? Both together,” says President and CEO of Centrus Energy Corp. Daniel Poneman.

The DOE, via its Advanced Reactor Development program, contracted Centrus on a 80:20 cost share basis with $150 million in public funds, to build 16 advanced centrifuges that will have a NRC license by early 2022 to produce 19.75% HALEU.

Poneman notes that the expected capacity will not be enough to fuel all the new machines that plan to use it, but the higher the demand, the greater the case for increased supply.

“We can build up modular cascades so we can keep pace with, but not exceed, demand for the HALEU which is very important because capital costs are everything and this how we can keep a lid on our costs,” he says.

“Since you can build enrichment capacity faster than reactors, we can keep everything in check and in synch, so we think this is truly a beginning of the front end of a very exciting phase,” he adds.