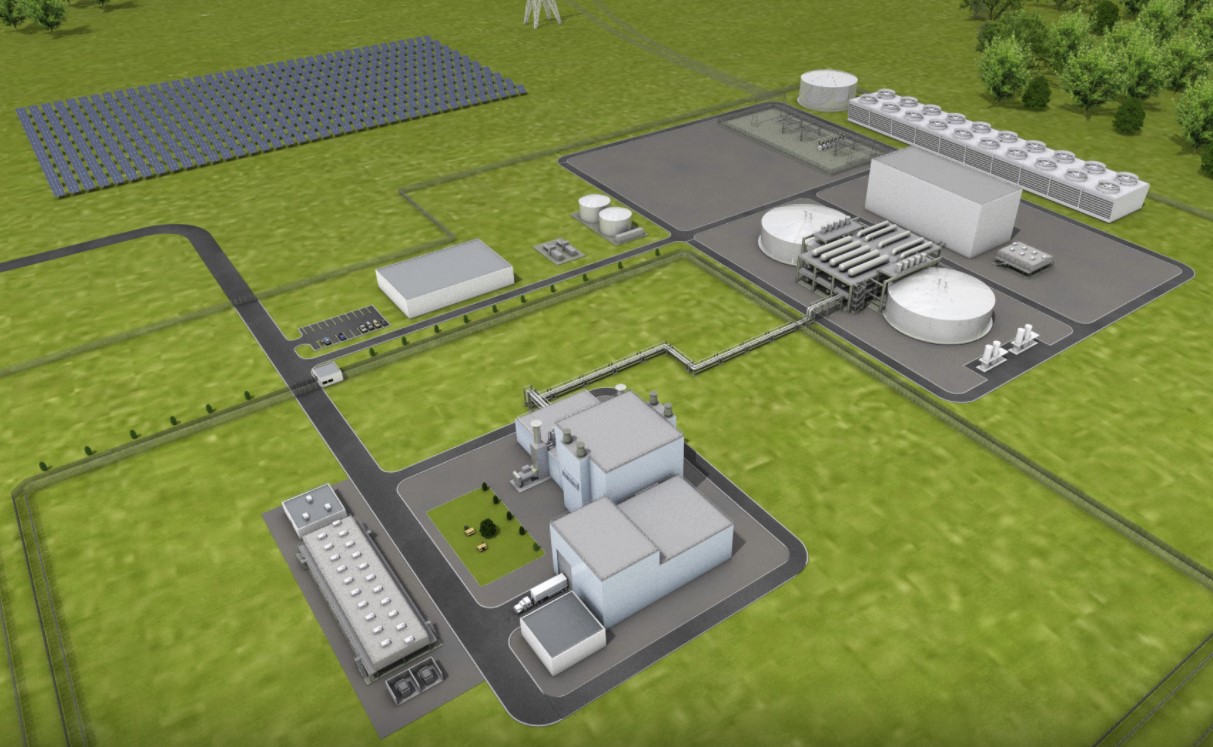 TerraPower has named Kemmerer, Wyoming as its preferred site for the Natrium reactor demonstration project after an extensive evaluation process and meetings with community members and leaders, the company said in a statement.

The plant will be located at the site of the retiring Naughton Power Plant, where two remaining coal units are set to retire in 2025.

The decision to place the Natrium demonstration plant there was due to community support, the physical characteristics of the site, the ability of the site to obtain a license from the Nuclear Regulatory Commission (NRC), access to infrastructure, and the needs of the grid, the company said.

Natrium reactor demonstration is a joint project by the Bill-Gates-founded TerraPower, GE Hitachi Nuclear Energy (GEH) and engineering and construction partner Bechtel, and is one of two finalists for the U.S. Department of Energy (DOE) Advanced Reactor Demonstration Program (ARDP).

TerraPower expects to submit the plant’s construction permit application to the NRC mid-2023 and is plans to be operational in the next seven years, in line with the ARDP’s schedule mandated by Congress, the company said.

“The energy communities that have powered us for generations have real opportunities to power our clean energy future through projects just like this one, that provide good-paying jobs and usher in the next wave of nuclear technologies.”

U.S. President Jose Biden signed into law the $1.2 trillion Bipartisan Infrastructure Deal mid-November, including more than $62 billion for the Department of Energy (DOE) and billions for the country’s nuclear power program.

The infrastructure deal allocates $6 billion for the Civilian Nuclear Credit program to prevent the premature retirement of existing nuclear plants and would be available for plants that would otherwise retire, with priority for plants that use domestically produced fuel, it said.

It would also provide $21.5 billion in funding for clean energy demonstrations and research hubs, including $2.5 billion for advanced nuclear.

“The Bipartisan Infrastructure Deal will turbo-charge clean energy deployment by funding several highly effective state and local programs that will spur projects that increase access to energy efficiency to save money for American families, businesses and communities, help achieve our clean energy goals and accelerate job growth,” the DOE said of the bill.

Engineers from the Puerto Rican Nuclear Alternative Project (NAP) will lead a Phase 2 Site Suitability Study for small modular reactors (SMRs) and microreactors in Puerto Rico after the Department of Energy (DOE) awarded the project $1.6 million, the NAP said.

“We believe a strong and modern Puerto Rico is possible with SMR's and Microreactors in combination with renewables in a near future,” NAP said in a statement.

The results of the study will support the DOEs mission to commercialize SMR and microreactor technologies in small island and/or remote locations, the DOE said.

The study will focus on geology and seismology, atmospheric extremes and dispersion, exclusion area and low population zone, emergency planning, security, among others, NAP said.

The project’s preliminary feasibility study, or Phase 1, was released in May 2020.

Oklo and global enriched uranium supplier Centrus Energy Corp. have signed a non-binding Letter of Intent (LoI) to cooperate in the deployment of a High-Assay Low-Enriched Uranium (HALEU) production facility, Oklo said in a statement.

HALEU, which contains between 5% and 20% enriched uranium-235, is not commercially available while an increasing number of developers need the fuel to demonstrate their new advanced reactor designs.

“The commercialization of advanced fission is happening now. We need to build out the U.S. commercial supply chain capabilities to fuel the advanced fission power plants we are deploying,” said Jacob DeWitte, co-founder and CEO of Oklo.

“Without an existing commercial supply of HALEU, we are lacking a critical infrastructure capability that needs to be kickstarted domestically.”

Oklo aims to build its first Aurora Powerhouse at Idaho National Laboratory (INL) for which the Department of Energy (DOE) issued its first non-light water reactor permit early last year. Construction is expected to be completed in the early 2020s.