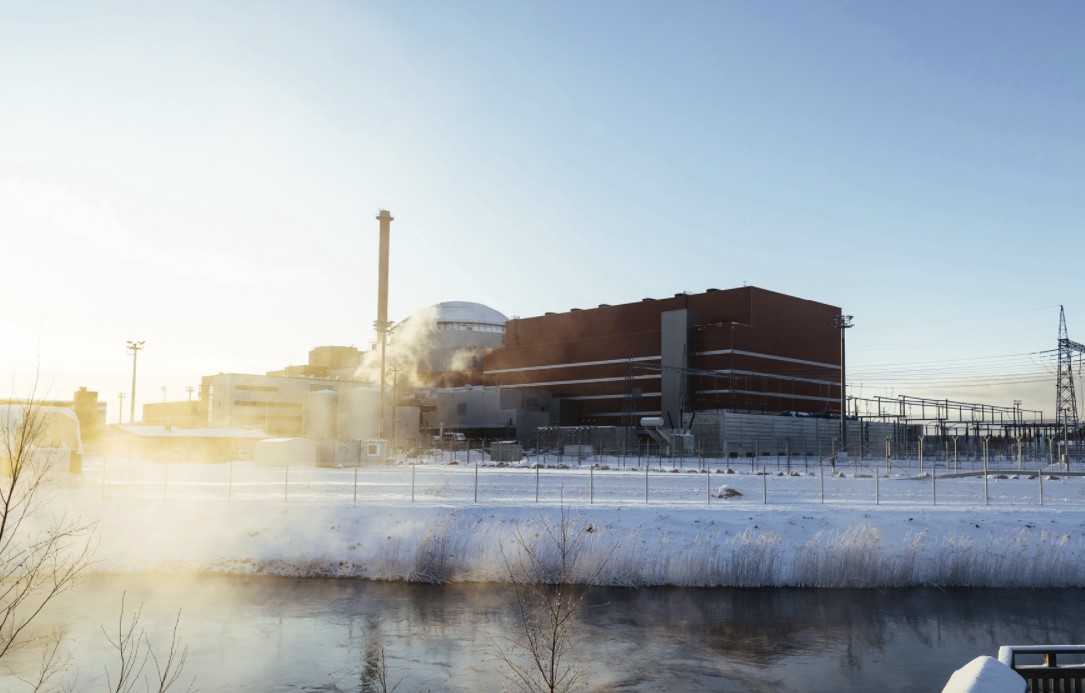 Finland’s Olkiluoto 3 EPR (OL3) nuclear power plant was connected to the grid mid-March, state-run utility and the plant’s owner and operator Teollisuuden Voima Oyj (TVO) said in a statement, one of only three European nuclear reactors to start up in the last 15 years.

The start of the reactor, which has been connected to the national grid at a power output of 103 MW, significantly increases the country’s domestic electricity production, TVO said.

The reactor was first started on Dec. 21, 2021 and power output has been gradually increasing to approximately 27% and, during the around four-month test production phase, the OL3 plant unit’s power output will be raised to 1,600 MW.

The plant, built by Areva-Siemens, is Finland’s fifth nuclear reactor, the first new Finnish reactor in 40 years, and follows Romania’s Cernavoda-2, which began supplying power to the grid in August 2007, and Belarus’ Belarusian-1 in November 2020.

“OL3 is a significant addition to clean electricity production in Finland, the share of which will rise to over 90 percent. At the same time, the need for the import of electricity will decrease to below half,” Senior Vice President of Electricity Production at TVO Marjo Mustonen said in the statement.

Technical staff at the site of the Chernobyl nuclear power plant were rotated for the first time since Russian forces took control of the area last month, allowing them to go home and rest, the International Atomic Energy Agency (IAEA) said March 21.

Thirteen staff members and most Ukrainian guards declined to leave the site while the rest of the staff, who had all been at working at Chernobyl since the Russian forces took control on Feb. 24, were replaced by Ukrainian colleagues, the country’s regulatory authority said.

The new work shift includes two supervisors, instead of one, to ensure there is a back-up available on the site, according to the regulator.

IAEA Director General Rafael Mariano Grossi welcomed the completion of the staff rotation and praised them for their courage and tireless efforts in carrying out their vital work tasks during extremely difficult and stressful conditions in the presence of foreign military forces, the IAEA said in a statement.

The IAEA was continuing consultations on agreeing on a framework to ensure the safety and security of all Ukraine’s nuclear facilities, said Grossi.

“With this framework in place, the Agency would be able to provide effective technical assistance for the safe and secure operation of these facilities,” Grossi said.

At the time of publication, eight of the country’s 15 reactors remained operating including the two at the Zaporizhzhya NPP, three at Rivne, one at Khmelnytskyy, and two at South Ukraine, and radiation levels remain at normal levels, the IAEA said.

A research reactor in the capital Kyiv, currently under siege by invading Russian forces, was in a safe shutdown state, the regulator said.

Johnson met with nuclear industry heads March 21 after meeting with heads of offshore oil and gas companies a week earlier to discuss ramping up investment in the North Sea.

Britain, which produces around a fifth of its electricity from nuclear, is preparing for the end-of-life closure of almost half of current capacity by 2025.

Like much of the west, Britain is examining how it may be less reliant on Russian gas and oil after the country faced harsh sanctions following its invasion of neighbor Ukraine.

Britain should be seeing a least a quarter of its electric power from nuclear sources, Johnson was quoted as saying.

Johnson told industry leaders he had a vision of “not quite everyone having their own SMRs in their gardens, but close to it,” the aide told Reuters.

The eVinci micro-reactor is a transportable reactor that will deliver combined heat and power of 1 MWe to 5 MWe, has a 40-year design life with over three years refueling interval and will be factory build, so it can be installed onsite in less than 30 days.

“The eVinci micro-reactor technology enables many applications which will benefit Canadian industries and communities, especially those in need of carbon-free heat and power,” said David Durham, President, Westinghouse Energy Systems.

Four Canadian provinces, including Alberta, Saskatchewan, New Brunswick and Ontario, have signed a cross-province Memorandum of Understanding to support the development of small modular reactors (SMRs) and microreactors across Canada in the next ten years.