The development of novel modelling and simulation tools on the back of decades of performance data and ever-more-powerful computing capabilities is helping push fuel efficiency and safety across the entire fuel cycle and paving the way for a new generation of reactors. 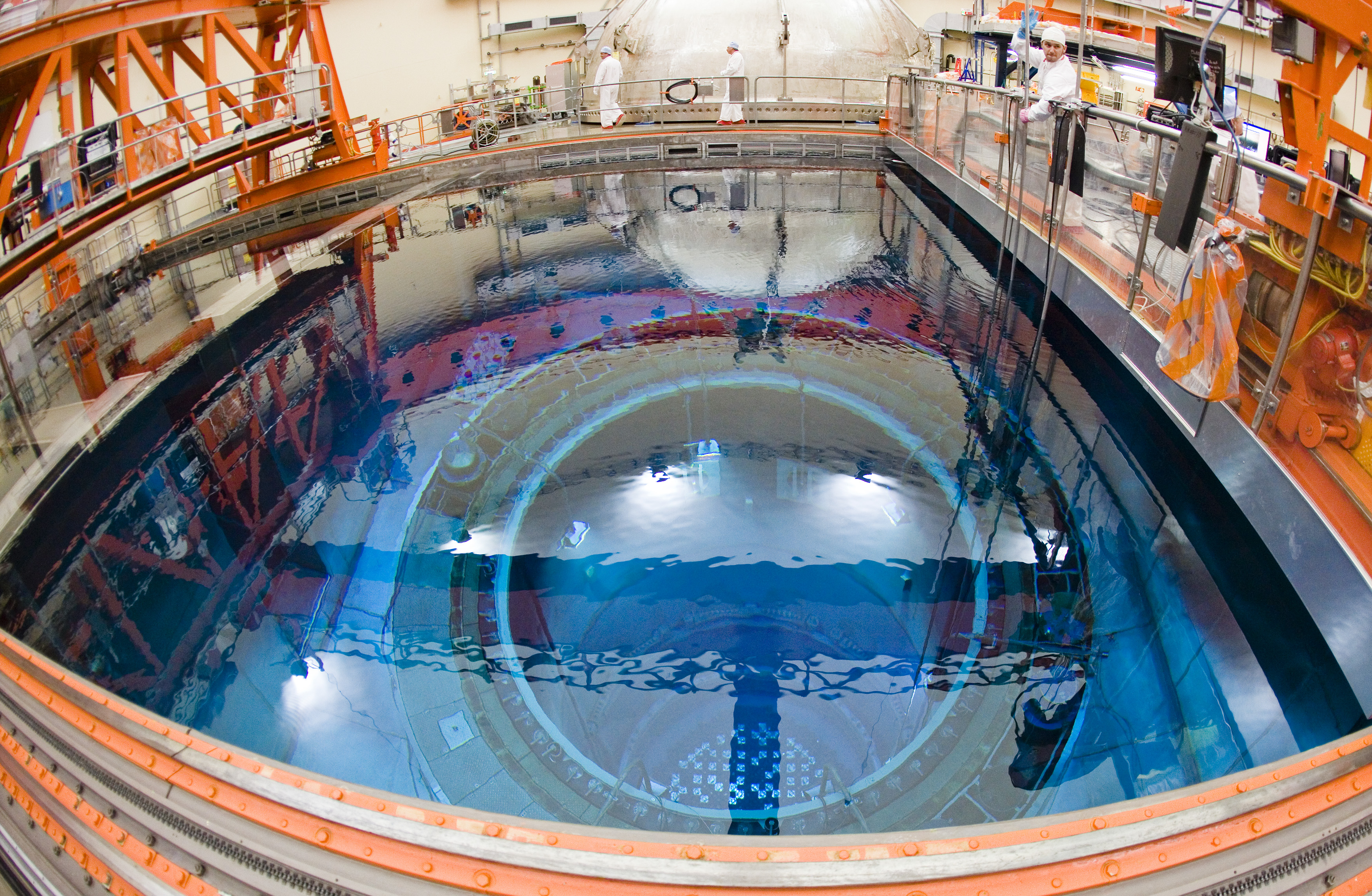 Workers at an open reactor with fuel rods in the water pool inside the Leibstadt nuclear power plant. (Source: Reuters/Michael Buholzer)

Three of the simulation programs under development can carry out three-dimensional Finite Element Modeling (FEM) and bridge the gap between the front end and the back end of the fuel cycle, say scientists working on Structural Integrity’s PEGASUS, the Department of Energy’s (DOE) Bison, and the French Alternative Energies and Atomic Energy Commission’s (CEA) Alcyone.

Fuel performance modeling has been an essential element to nuclear engineering since the beginning of nuclear power, but as technology improves and operators push reactors toward greater efficiency and explore new fueling methods, the computing power behind these models help test safety margins before a fuel is even employed.

“What’s different is that there’s been a push to change things; they want to increase the length of time they keep the fuel in the reactor for economic reasons, so that suddenly pushes your fuel into an area where there’s not a lot of data, and the codes have not necessarily been written or tuned to handle that regime,” says Jason Hales manager of the Computational Mechanics and Materials Department at Idaho National Laboratory (INL).

“And so as soon as you start changing things, such as the time in the reactor, or a coating on a cladding, or you tweak the fuel for some reason, then you’ve got to be more careful with the fuel performance analysis.”

INL’s Bison code, based on the MOOSE simulation platform, can run calculations in one, two, and three dimensions, and is not constrained to any particular geometry, be it cylinder, sphere, or an irregular shape, Hales says.

The models are often built on empirical observations by fuel development experts at INL and elsewhere and the computation teams are always pushing to have the models based on first physics principals as much as possible, he says.

“We’re trying to expand the range of phenomena that we can model. A lot of these codes are tuned well for standard operating conditions but when we’re talking about extended burnup, one of the big concerns is what happens if you have an accident with the extended burnup fuel … you can get more fragmentation of the fuel than you have with fuel that hasn’t been in the reactor as long,” says INL’s Benjamin Spencer, a computational scientist that leads the development of the Grizzly code for nuclear power plant component aging.

The CEA plays a key role in France in research, development, and innovation in four main areas: defense and security, low carbon energies (nuclear and renewable energies), technological research for industry, fundamental research in the physical sciences, and life sciences.​

The latest generation of the program that models fuel behavior, Alcyone, can be used to simulate the multi-physical behavior of PWR fuels under normal operations, incident scenarios, and accident scenarios, as well as the end of the fuel cycle, Collard says.

“Alcyone can reproduce the experimental programs of ‘fast transient and programmed power ramps’. It helps accessing data that are out of range of experimental measurements, with advanced models to calculate fission gas release, PCI-SCC (Stress Corrosion Cracking) phenomena, corrosion, thermal diffusion of oxygen in the pellet, pellet cracking and swelling,” he says.

The development of Accident Tolerant Fuel (ATF), which are more resistant to fuel failure, have been driven by simulations such as Alcyone.

Collard notes that the lifespan and energy extracted from PWR fuels has more than doubled since the 1970s thanks to models such as these to reach an average discharge burnup of around 50 gigawatt days per ton of heavy metal (GW.d/t), with an upper range of 65 GW.d/t.

Cycle lengths have been extended by 50% with a sharp reduction in fuel failures and increased maneuverability, he says.

While Alcyone focuses on PWRs, the main nuclear power technology in use in the country, and INL feeds into planned demonstration reactors as part of the DOE’s multi-billion-dollar Advanced Reactor Demonstration Program (ARDP), Structural Integrity Associates’ PEGASUS code is designed to be flexible over a variety of regimes, reactor, and fuel types.

Of the three codes, PEGASUS is the only one that has been developed and run by a company rather than a government body or a government-sponsored program.

“In PEGASUS, we wanted a fully functional 3D-analysis code that could do anything from structural to thermomechanical coupled analysis applicable for in-reactor operation and spent fuel conditions,” says Bill Lyon, member of the PEGASUS code development team and nuclear fuel analyst at Structural Integrity.

“It is designed to be more agnostic as to what’s being modelled, and so we can model PWR and BWR fuel rods, we have the capability to model TRISO and metal fuels, and we can model structural reactor components. It’s very versatile.”

Nuclear regulation relies on real-world measured data and empirical evidence. As the industry moves toward a new generation of nuclear reactors, earning a license for a new piece of technology will require a licensee to piece together a viable case from historically based data, advanced analytic modeling, and demonstration to satisfy licensing requirements, Lyon says.

Growth in computational power has helped drive innovation of fuel types and reimagining of what they are capable of, and advanced nuclear reactor developers are now counting on demonstrations of their new machines, such as in the ARDP, to take their development to the next level.

“The real challenge is how you demonstrate these systems. How do you couple with these advanced analytical methods to provide the type of assurance needed?” says Lyon, adding that once operational and post irradiation examination (PIE) data starts to come in from new reactor types expected to begin demonstrations over next few years, such as Oklo, X-Energy, and TerraPower’s Natrium, the computational models will advance significantly.

“When they build these demonstration programs the feedback from that is going to be dramatic, that’s really going to feed into to these advanced analysis tools and allow us to really hone in and get where we want to be,” he says.