Apple's Announcements Are a Huge Deal for Marketers

Another Apple launch event, another batch of surprises that aren’t that surprising. There’s been buzz about Apple launching a watch, mobile payments, and a larger iPhone for months. Now, the rumours have all turned out to be true! We hope you paid attention, because Apple just flipped the script for marketers everywhere (again). Here are the big changes that are already impacting your business:

Mobile Payments Are Becoming a Thing

Yes, the Apple Watch is really cool, and you can get one made out of solid gold or
whatever. But the biggest announcement Apple made was one that most consumers probably glided right over. Apple Pay represents a huge leap forward for mobile payments and digital wallets.

Mobile payment isn’t new. It’s been a feature of Android phones since 2011. But Apple might finally make them mainstream.

Widespread mobile payment could be a massive development for marketers. If you are able to connect customers’ phones to their transactions, then you can connect their behavior online to their behavior in-store. This is the Holy Grail. Brands will be able to provide a truly seamless customer experience. You could walk into a store, be greeted by name, get more information from a human being on the same products you were looking at online, then purchase it with a wave of your phone. However, this won’t happen right away.

To ensure that people aren’t put-off by Apple Pay, the tech giant has stressed its security. Eddy Cue, Apple’s SVP of Internet Software and Services, announced that Apple would not collect any purchase history or information through its system. Everything is encrypted, which should make using Apple Pay even safer than using a debit card.

This cuts both ways for marketers. On one hand, the heightened security and ease of Apple Pay will definitely encourage wider adoption. However, it also won’t provide all the purchase data they want and need. I think it’s a worthwhile tradeoff, at least for now. Once mobile payment reaches saturation, that’s when marketers really need to sync up their experiences. Regardless, if consumers become more comfortable paying with their phones, brands need to provide them with every opportunity to do so.

Again, we’ve had FitBit and Jawbone for a while, but the Apple Watch represents a mainstream acceptance of the wearable movement. 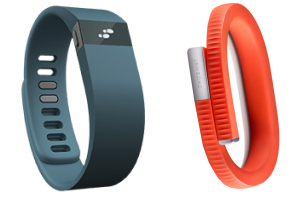 Like Apple Pay, information from HealthKit won’t get shared with marketers willy-nilly. But if consumers decide to share it, it would be revolutionary for the fitness, sportswear, and healthcare fields. Your personal trainer could provide feedback on your routine, and you’d never need to go to the gym. A sales associate could recommend shoes based on how often and how hard you run. Your doctor could even get a full readout of your heart rate.

Unlike the two examples I mentioned above, the Watch is not a fitness-centric device. Yet, it has all the same capabilities. It’s a fashion accessory that just happens to let you measure huge amounts of biometric data, if that’s what you’re into. Instead of going out and buying something specifically to tell them how many steps they walked and hours they slept, Apple Watch owners will have that info right on their wrists. This means the challenge now is for companies to come up with apps that leverage this data in useful, interesting ways, rather than convincing consumers to start measuring in the first place.

I want to stress: this is hearsay. However, I’ve heard two rumors already. Right now, Apple are upgrading the iBeacons in their stores to provide more accurate location-based offers to customers. The rumor is that they’re going to be providing more accurate, in-house designed iBeacon sensors to retailers. This will help authenticate Apple Pay, but also provides unprecedented information on iPhone owners’ exact location within a store.

That could mean that, if you linger by a new bag in Macy’s, your Apple Watch might tap you and present an offer to take 20% off. Then you just need to walk up to the register, hold out your wrist, and waltz on out with your sweet new purchase. However, the Minority Report world of constant, personalized in-store offers might soon be upon us. What it looks like, and whether consumers will embrace it, are two huge questions we’ll have answers to soon.

Mobile internet usage is rapidly tipping towards becoming the norm, rather than the exception. More and more-comfortable mobile experiences are what’s going to diminish customers’ time on desktop. As Ad Age reports, “Bigger phones are increasingly popular, particularly in Asia, where consumers often have one internet-connected device.” Every company is going to need to deliver a richer, more responsive mobile experience. It’s clear: customers aren’t rushing back to their desktops anytime soon.

With this event, Apple have cemented themselves as tech trend decision-makers. They weren’t the first to come up with wearables or mobile payments, but they may have perfected them. Like smartphones, once Apple runs with a product, marketers (and everyone else) have to try to keep up.

Find out more about cutting-edge developments in the marketing space at Incite Summit: East.