With consumers spending more time being ‘connected’ these days than they do sleeping, handheld digital devices are a core component of successful multichannel marketing strategies.

Being where the customer is when they’re about to make, or have just made, an important purchasing decision is crucial. But how is it possible to ensure a timely presence, and how do brands identify those red-hot touch points to facilitate sales conversions? In addition, how much emphasis should be placed on digital devices when it comes to multichannel marketing and the customer journey?

There is, after all, a ‘real’ world out there. Despite the inherent measurability of data, is there an overemphasis on virtual communications, and are we in danger of forgetting that other more direct forms of real, human contact, exist?

Be smart and simplify

One thing’s for sure: slapping a multichannel label on every customer and treating them as if they have an infinitely split personality is a no-no. In today’s complex marketing arena consumers are looking for meaning, and they usually discover it in simplicity. Clear communication and consistency strips out confusion and allows people to make informed decisions. Setting out a multichannel strategy that, however complicated behind the scenes, can be understood by the end user, at a glance, is vital. It’s also easier said than done.

All too often brands take complexity and add to it, muddying the waters of understanding by delivering foggy messages that fail to communicate plainly with the end user. Having a comprehensive view of the customer (the person not the prospect) is elemental to success, which means that thinking of the customer as multifarious is like looking through the telescope the wrong way around. Of course, there are different facets to every person but there is no such thing as a multichannel customer, rather somebody who desires to receive a consistent brand message across the wide variety of channels they use. Recognising this distinction can transform a failing campaign into a successful one.

A recent study by Brand Keys found that the purchasing decisions of most young people (18-34) were emotionally, rather than rationally, based. This is significant because it means that facts and figures play second fiddle to perception. The ‘cool factor’ endures, and the brands most successful at engagement are the ones who know about, and act upon, this knowledge. Companies that have paid closest attention to sleek design and/or user friendliness enjoy the greatest brand loyalty.

Apple, Nike, Target, Chipotle and Amazon are all companies that score high in the loyalty charts. Why? Because they’re trusted. But what makes people trust them? According to the study, trust is engendered by brands meeting people’s expectations, consistently delivering, on point, everything from brand clarity to customer service and problem solving. However any one of these attributes in isolation won’t breed loyalty, per se. A series of good experiences is greater than the sum of its parts and well-choreographed touch points working in synchronicity provide the keys to the ideal end-to-end customer journey.

Understanding customers’ wants and needs and being timely and responsive form the essence of effective multichannel marketing. For a relatively quick fix, aspiring companies could do worse than look at what the top ten in the Brand Keys customer loyalty chart are doing and emulate their approach. When considering what customers like or dislike about your brand, rather than thinking too deeply about what mood and situational responses take place, it’s better to consider the overall picture, view the person as an emotional entity and handle them consistently.

Today, marketers are operating in a largely customer-led environment, and the proliferation of channels provides consumers with wider choices and greater control over the buying process. Many companies are in danger of overusing these channels (simply because they are there) and giving their marketing teams a headache by putting quantity before quality. Irrelevant messaging, disjointed campaigns, offline material shoehorned into digital channels are just some of the mistakes that are made. A far better approach is to cherry pick the channels most suited to the products and services on offer and, even more importantly, most aligned with the desires of the target demographic. After all, why scratch the surface of dozens of channels, when taking a deeper and more considered approach with just one or two will most likely yield better results? 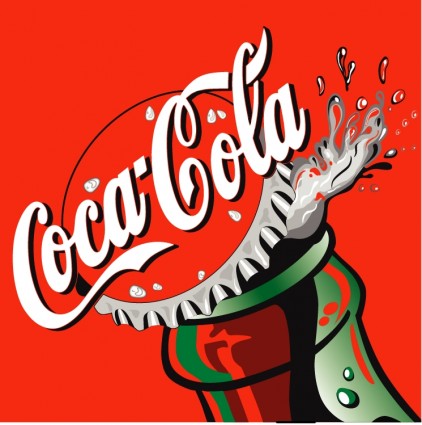 Coca Cola is a great example of a company putting the customer first when it comes to multichannel. And before you start thinking: ‘well hey, haven’t they got the budget for it?’ some of the video content for its 5by20 initiative was was produced on a shoestring. In this campaign, Coca Cola tapped into its grass-roots global network to generate content that would appeal to viewers on an emotional level. Its focus on women in business took on a documentary style dimension with the ultimate aim being to: “empower 5 million women entrepreneurs across the company’s global value chain by the year 2020.”

More recently, the company wanted to raise awareness of its plant bottle packaging, a biodegradable alternative to plastic bottles that uses completely recyclable plant oils instead of non-renewable fossil oils. It achieved this through a series of videos, taking a different angle for each demographic targeted: Millenials were treated to a one minute ‘swinging bottles’ education in light and wave theory that would have made Isaac Newton proud, while others (most likely business men and women in the finance, food, and packaging industries) were given a more expansive four minute excursion, by way of animation, into the finer details of plant bottle packaging and what it means, potentially, for global enterprises and the wider environment.

What Coca Cola demonstrates is that multichannel marketing, far from being an exact science, is achieved through a fusion of scientific and artistic principles.

Don’t blow before you know

Now you might still have niggling doubts about why a company like Coca Cola needs to begin a campaign on such a low budget? The answer is simple: blindly throwing bucket loads of cash at a marketing strategy doesn’t necessarily work. What does work, especially in the noisy online arena, is being relevant and doing whatever you can to emotively connect before weighing up and analysing any response data. And let’s not forget that digital distribution methods today are available to everyone, from the largest conglomerates in the world to the back bedroom crooner. It’s a level playing field; the challenge is to bring the science and the art of communication together and get people talking and sharing.

Coca Cola looked at which of its low budget videos had the most views then focused on those, investing more cash to extend their reach. So rather than base a marketing campaign on assumption, or on the responses of too narrow a group, taking the classic A-B comparison method, extending it and testing it on global platforms turned out to be the most cost-effective way of forging a clear path. With campaign analysis readily accessible from backend dashboards–which all leading online advertising platforms now have–and no expensive print runs to worry about, plus targeting through keywords and met tags to ensure those ads reached the right people, Coca Cola was able to establish aspects of multichannel marketing that pretty much took care of themselves.

In designing multiple user flows that put people first and product second, big brands are increasingly able to engage on an emotional level. In reality, multichannel is just a term that means reaching people in a variety of ways, from YouTube and Vine to Instagram, Snapchat and Pinterest, from direct mailing and emailing to billboards and TV. Given a reasonable budget, anyone can do multichannel. But the challenges come when faced with the ‘how’. And that’s where all brands have to think smart. 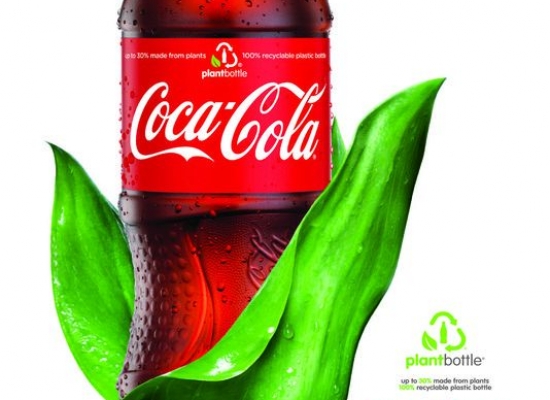 Having developed a ‘green’ bottle, Coca Cola’s next challenge was to engage consumers about it. Prior to this technological breakthrough it was all about the drink, not the bottle. Then suddenly, it was about both. By taking an approach that fused traditional and emerging channels, the company was, despite its size, able to perform the quick and nimble footsteps of the smallest and most dynamic of businesses, and was able to push its technological breakthrough into consumer conscience on an emotional level. Today, more than 30 billion ‘plant bottles’ have been distributed to 37 countries with the ‘plant bottle’ now considered to be a key differentiator that positively influences purchasing decisions at supermarket shelves.

For other marketers keen to do the same, or similar, having a responsive multichannel marketing campaign that can be adjusted and tweaked in the early stages, to better connect with consumer preferences, seems to be where the smart money lies. And as more apps and platforms emerge, through which it is possible to reach people, being selective is the thing that will help keep CMOs sane.

For more in-depth insight on how major brands are conquerting today's marketing challenges, check out the Incite Summit East - the USA's best brand focused marketing conference. Taking place in NYC in November, the conference brings together 7 CMOs, over 40 marketing executive speakers, and 200 'in-house' marketers for discussion and debate on the future of marketing and customer experience. Find out more here.