The award-winning marketer shares his approach.

General Electric, the multinational, multi-industry conglomerate that creates everything from aircraft parts to MRIs, has made enormous strides in native content and advertising. Not satisfied with being just a gigantic manufacturer, GE’s diverse suite of content marketing initiatives highlight the inventive, unexpected, and human sides of the fourth-largest company in the world. 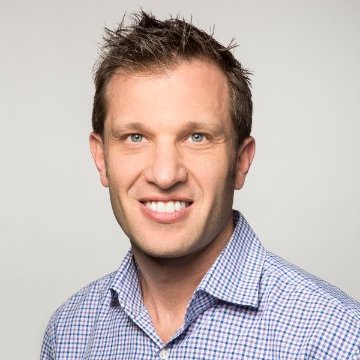 We got the chance to speak with Andy Goldberg, Global Creative Director and General Manager of GE’s Creative Lab, about the company’s approach to - and goals for - their marketing. While there are few organizations as large, Andy stressed that, with the right approach, brands of all sizes can pursue their own creative, innovative, and partnership-driven marketing campaigns.

“We don’t actually talk about native advertising anymore,” says Andy. The focus has gone beyond camouflaging sponsored marketing content within a publisher’s feed to become something much more holistic.

“A few years ago, we were talking about going from banner ads to in-feed ads, Buzzfeed style. That was the entry point into native advertising. Now we’ve evolved beyond that.”

“Brands are really creating the content now. The truth is, a consumer is more apt to learn something if the content is interesting. They don’t feel like the brand is hiding behind it, they feel the brand is giving them something of value. That’s the true essence of native advertising. Is there a value exchange happening? Is the brand bringing something to the table that the consumer wants? And does it fit naturally in the flow of what they’re already engaging with?”

One of GE’s most successful partnerships has been their sponsored segment on The Tonight Show, “Fallonventions.” In each, Jimmy introduces young inventors and their inventions to the audience while wearing a GE-branded Fallonventions labcoat. Winners include a flashlight powered by the heat of your hands, a digital stethoscope, and a paper airplane launcher. The future-scientists are each awarded $5,000 scholarships from GE to boot.

The response across social, with thousands upon thousands of kids submitting their own ideas for inventions, has been been even stronger than GE anticipated.

“We started with Fallon on his first week. There was a lot of uncertainty. We weren’t certain how he would do, and we weren’t sure how integrated into the program our segment would be. Obviously Jimmy’s been a tremendous success. And we’ve worked closely with the Tonight Show production team to ensure indiscernible integration. That was a huge goal for us. The aftereffects of this partnership, the talk value, have really raised our personal bar for innovation.”

It’s this impulse to create natural, original content through partnerships with strong publishers that underscores all of GE’s native efforts.

“That’s the essence of native. Don’t try to hoodwink people, don’t try to put an ad in the middle of a feed with a ‘Sponsored by’ tag. Make it relevant, and go from there.”

That’s not to say that this model works with every publisher out there.

“It’s not easy. It’s time, it’s relationship building, but it’s also about working with a publisher who understands our goals, and whose goals we understand. Everything is a custom solution and a custom program.

"Not every partner is up for this. I say that with all-due respect for their work. It’s a model-changer for them, and some are not built with an infrastructure to handle this yet."

"You have to find the publishers who are willing and able, from an infrastructure and a risk standpoint. With The Tonight Show, they were willing to turn it into an 8-10 minute segment, because Jimmy fell in love with it.” 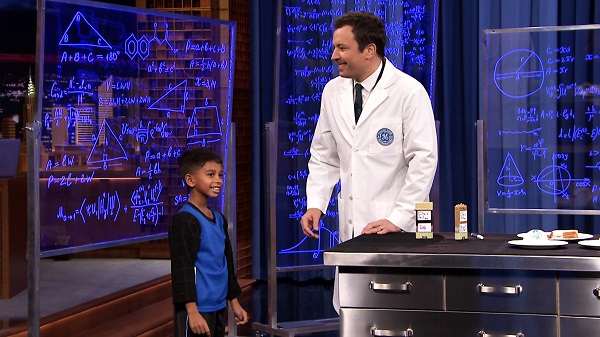 It’s one thing for a huge brand such as GE to partner with the Tonight Show, but how feasible is this sort of bespoke, native content for brands that don’t have 300,000+ employees?

“It’s possible, but you need at least one or two people committed to making this their work. From a budget standpoint, everything has a price. It’s not a limit on how much or how little you have to spend. It’s about doing more with that budget than you imagined, and not relying on what’s been done in the past. Instead, you need to create new structures and new models.”

That need to innovate is part of what drives GE’s marketing in the first place. In a media environment that is increasingly interconnected and blurred, finding new forms of marketing is becoming the only way to stay ahead.

“We have these labels of ‘Traditional,’ ‘TV,’ ‘Digital,’ and I don’t think they are going to apply anymore in the future. It’s all just about users viewing the content—the ‘where’ and ‘how’ are less and less important. We have to put the stereotypes and labels away and figure out what’s going to be the most effective, what’s new and different that we can approach?”

The very idea of “traditional marketing” is becoming more and more unstable. However, Andy has some sound parting advice for weathering the the days of change ahead:

“Look at your own habits. Look at your audience and their habits. Don’t go off of how other marketers are trying to sell to you. Ask yourself, ‘how can I disrupt the way I’m doing marketing to align it with my users’ and my own habits?’ Because the way most products are being sold to you is often a step behind. That’s probably my best advice.”

For more on native adverstising and brand positioning, check out the upcoming Incite Summit: East, November 12th and 13th in New York.