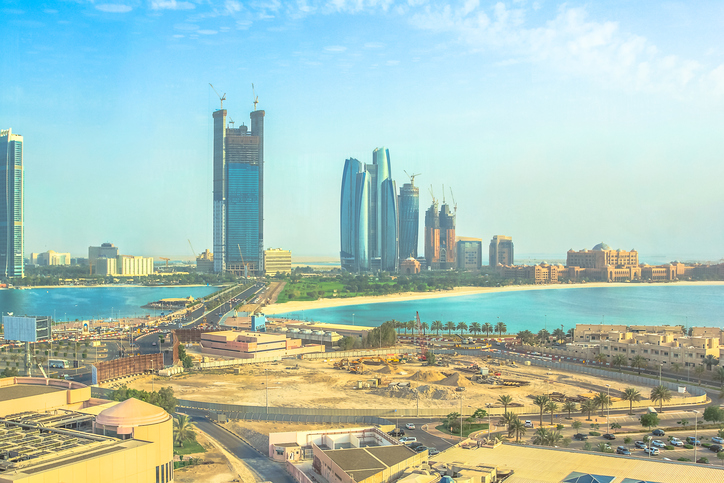 Insurance/Insurtech Trends in the Middle East!

Following on from last week's conclusion of our Africa Profile, our journey round world Insurance and Insurtech trends is stopping off in the Middle East – culturally and politically speaking, perhaps the most diverse of the major regions we cover in this content series.

Our Regional Profile on the Middle East draws on our inaugural Global Insurance Trend Map (download your complimentary copy here), in which we explore the world's major insurance markets: Europe, North America, Asia-Pacific, LatAm, Africa, the Middle East and Central Asia. As we are unable to report detailed statistics for the Middle East, this profile relies instead on testimony from our regional correspondents to paint a qualitative picture of local trends:

One thing that became immediately clear from speaking with our correspondents was that the ‘Middle East’ is of limited usefulness as a category given the enormous variation that exists across the region, in a sense that goes well beyond insurance. For this reason, we begin this profile with a brief market characterisation, before exploring select themes in more detail, including regulatory hurdles and customer-service challenges.

Access all seven of our Regional Profiles by downloading your complimentary copy of the full Insurance Nexus Global Trend Map here!

Our correspondents identified as a key regional characteristic the divergence between Israel (operating more along the lines of Europe and North America) and the Arab States, and we could further subdivide the Arab world into any number of variant political and cultural groupings, such as the Gulf Cooperation Council (GCC) for instance, which encompasses Bahrain, Kuwait, Oman, Qatar, Saudi Arabia and the UAE. In this profile, we try as far as possible to avoid generalising to the whole region.

Key avenues of exploration in our conversations with our local correspondents – UAE-based John Cherian, Ahmad Al-Qarishi in Saudi Arabia and Israeli Dani Cozer – were the challenges facing the insurance industry across the region, as well as key priorities being set by insurers. We also check in on some of our key technology trends from across this content series, like Internet of Things, Analytics and AI, as they apply to the Middle East.

Speaking from the UAE, John Cherian picked out ‘Changing economic conditions’from our shortlist of external challenges (for the full shortlist, see our earlier Industry Challenges post) as the leading external challenge for the region, the obvious impact on carriers being of course the low interest rates that are strangling their investment profits.

Globally, this challenge came lower, in 5th place (for the full global rankings, see our earlier Industry Challenges post). This implies that, while slack interest rates are a problem worldwide, their impacts may for whatever reason be felt more keenly by Middle Eastern carriers. This could be the reason for the high priority level Cherian ascribed to Investment management among our insurer priorities, despite this being comfortably the lowest-ranked priority both globally and in our other major regions (for our shortlist of insurer priorities, as well as their global ranking, see our earlier post on Insurer Priorities).

The impact of ‘Changing economic conditions’ on the region is certainly borne out by what limited survey data we were able to gather on external challenges in the Middle East – and drawing on Cherian's testimony, we suspect that this would have been reflected also in a larger sample of respondents. Ahmad Al-Qarishi, Chief Risk Officer and Chief Actuary at Saudi Re, based in Saudi Arabia, holds a similar perspective, highlighting the effects of the economic slowdown in the GCC countries and citing the post-2014 oil-price slump as a contributory factor in this.

Cherian pointed to ‘Increased regulation’ as the second most prominent external challenge in the region. By comparison, this only attained 6th place globally, which once again suggests that this international issue may be marginally more pronounced in the Middle East.

As an additional challenge, Al-Qarishi highlighted the region’s historical reliance on expats and the difficulty developing and training up staff locally. Admittedly with limited data, ‘Finding and hiring talent’ was indeed the leading internal challenge among our pool of survey respondents for the Middle East.

Other key factors to bear in mind for the Middle East, according to Cherian and Al-Qarishi, are fraud and cybersecurity. Conversely, Dani Cozer saw his native Israel as being more in line with the West in this regard:

‘I think there are fraudsters in Israel but I don’t think it’s more widespread than what you have in Europe or the US,’ he comments.

Bearing in mind the locations of our correspondents, this profile focuses primarily on Israel and the GCC states. As far as the remainder of the Middle East is concerned – Iran and Iraq for example – indicators suggest that the base level of penetration is lower in these territories (especially in personal lines) and that politics has a greater role to play.

Download your complimentary copy of the full Insurance Nexus Global Trend Map to access all seven of our Regional Profiles ...

Cherian picked out 'Changing Economic Conditions' and 'Increased Regulation' as the two primary challenges facing insurers in the Middle East. Low interest rates cause carriers predictable problems wherever they are based, and we have amply explored these in relation to several other regions, including Europe, North America and LatAm. On the other hand, regulatory challenges are by their very nature regionally specific – for this reason, it will be ‘Increased regulation’ that we explore in a bit more detail here.

Referring primarily to Saudi Arabia and the UAE, Al-Qarishi comments that most insurance is driven by government and regulation, and that many companies are struggling with the current regulatory framework.

‘Companies are trying to cope with the rapid development in regulation, so it’s challenging for these companies to survive,’ he elaborates. ‘Either they react very quickly to improve their operation and ensure compliance or they merge with other companies, so we expect mergers and acquisitions… this is another impact coming from the regulatory and economic situation.’

Interestingly, regulation was something all our conversations with our correspondents had in common. UAE-based Cherian cited strict guidelines imposed by their insurance authority on all aspects of insurance from production to consumption of the products. Cozer gives a brief overview of the situation in Israel:

‘There are a lot of regulations that are always coming through, so it doesn’t leave time for innovation, for new products,’ he states. ‘It leaves you just trying to make sure that all your products are now up to date with the new regulations, and you’re always making sure that everything is on par with the regulations right now.’

Cozer continues, explaining that much of this Israeli regulation relates to customer access and transparency, in particular the provision of internet-based services, so we are seeing digital transformation initiatives within a number of Israeli insurers:

Another aspect of current regulation in Israel is the increasing standardisation of policy types. Cozer indicates that this is shifting the model from competition by product to competition by price and services:

In increasingly competitive markets with price and margin pressures, some insurers are cutting costs to maintain their bottom line. Despite these efforts, short-term financial results in some markets are impacted by regulatory change and the need for better reserving — leading some local insurers to actively look at consolidation.

This customer focus is also present in the Arab states, both as a disruptive market force and in regulation, although Al-Qarishi, speaking of Saudi Arabia and more broadly the GCC as a whole, believes the market may be slightly behind in this regard. For now, customer-engagement efforts primarily focus on the satisfactory settlement of customer claims.

‘Some companies are still struggling to optimise the claims settlement, so we have not reached the same level of customer-service satisfaction,’ he elaborates. ‘The concern of consumers is to be treated fairly when settling the claims. This is the main challenge. For example, a few companies were stopped, for a specific period of time, from selling motor insurance by the regulators because the customer was not being treated fairly... So I wouldn’t say we have reached a level similar to Europe.’

For all the facts and stats, download the full Global Insurance Trend Map here!

It appears that regulation will remain a key driver in the Middle East in the medium term, at least in the Arab states, both adding to the market through the creation of mandatory insurance and determining exactly which innovations establish themselves longer-term. The key technologies we have touched on in the course of this content series – including Internet of Things, Analytics and AI – are all growing in profile in the Middle East, though for now they do not appear to have reached the same level of adoption as in some of our other markets.

"According to McKinsey, the UAE leads the Middle East on digital adoption — and this is making itself felt in financial services too. Some recent examples are the DIFC FinTech Hive in Dubai and the ADGM FinTech Regulatory Laboratory in Abu Dhabi, and it's only a matter of time before this focus begins bearing fruit for the local insurance industry as well."

Cherian notes the usage of IoT-based technology in the medical insurance sector for handling wellness programmes as add-ons, and Al-Qarishi underlines the importance of mandatory private-sector medical insurance in a number of Arab countries, which certainly creates opportunities in the health-wearables area. However, Cherian considered Internet of Things and Mobile to be overall very low-ranking priorities for insurers in the Middle East. Al-Qarishi tended to agree, indicating regulation as a possible hindrance to their speedy implementation:

‘I wouldn’t say this approach will be implemented within the next 2-3 years,’ he predicts. ‘Maybe it can be within 5-6 years, however it can always be challenged by the regulator regarding the privacy of the data. So I would say this is considered a new subject in the market, and it seems to me that the market still is not at the level of having that kind of approach.’

However, this is not to say that we are seeing a lack of innovation in the market. Cherian, commenting from a UAE perspective, noted that in the digital channel we are seeing the same supermarket approach towards insurance selling as in other regions, with multiple online platforms offered by brokers, as well as the sale of pre-underwritten policies to online platforms.

A final factor to bear in mind in the future development of the Middle Eastern insurance market – and here we are focusing on the Arab states – is Islam. Al-Qarishi acknowledges that, at least in Saudi Arabia, this remains a significant factor and that there are still some who do not regard insurance as Sharia-compliant. However, he believes that things are gradually moving in a more pro-insurance direction.

That concludes our Regional Profile on the Middle East, and brings us onto the home stretch of our World Tour of Insurance and Insurtech Trends. Join us later this week for our final Regional Profile, on Central Asia, including a case study on the state of insurance in Afghanistan. Or, if you'd prefer to read ahead straightaway, simply download the full Insurance Nexus Global Trend Map whenever you like!