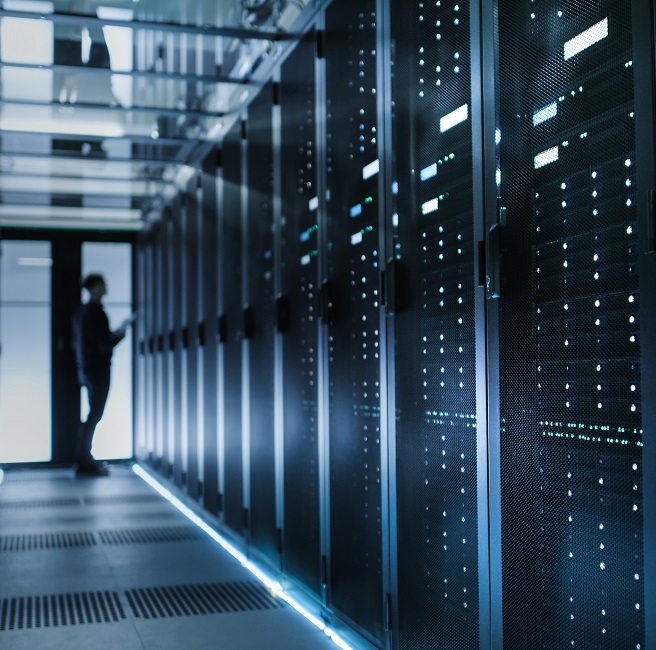 On February 22, S&P Global Platts announced it had deployed a proprietary, secure Blockchain network for reporting oil storage data in the United Arab Emirates (UAE), representing one of the first live launches of commercial blockchain technology in the energy sector.

Blockchain's distributed ledger system eliminates the need for intermediaries to create centralized trust and reduces transaction costs. Security is assured as data is stored across multiple devices and not changeable by any one person, according to proponents.

In the electricity sector, non-profit group Energy Web Foundation (EWF) will soon bring to market an open-source blockchain platform designed to increase efficiency and widen market access. Based in Switzerland, EWF was created in 2017 by the Rocky Mountain Institute and IT firm Grid Singularity.

To date, some 38 companies have joined EWF's blockchain project, including power utilities, technology providers and venture capital firms in the U.S., Europe, Asia and Australia.

“For example, our research suggests that the market opportunity for Certificate of origin trading is at least $1 billion globally based on reductions in transaction and administrative costs," he said.

EWF is currently building out an ecosystem of users, application developers and infrastructure providers for its platform.

The project team launched an alpha version of its platform in November 2017 and plans to launch a beta version in April, Amy Westervelt, EWF’s Program Coordinator, told a New Energy Update webinar on February 27.

"Our roadmap has us going live with the full commercial version of the Energy Web Foundation platform in spring 2019," she said.

Over $300 million was invested in blockchain in the energy industry between April 2017 and January 2018, GTM Research said in a report published earlier this month.

A surge in funding was recorded in January and there are currently 122 groups involved in blockchain technology in the energy sector and 40 deployed projects, GTM Research said.

Funds raised for blockchain in energy

EWF’s blockchain platform is designed to support innovations in the energy sector and provide security measures which meet the requirements of energy companies and regulators.

Public access means the platform can tap a large developer base and maximize scalability, a key requirement of energy sector participants.

Importantly, the platform uses a “proof of authority” mechanism in which ratified companies such as utilities serve as authorities to approve blocks.

These authorities pay membership fees to EWF and therefore have a strong vested interest in acting ethically within the system, Westervelt said.

"In addition this structure is attractive to regulators because they can know exactly who is approving the transaction history embedded in the chain," she said.

EWF is currently developing an application for the certificate of origin markets, which will track generated renewable energy and associated carbon offsets on a single platform used across multiple regions. Participants in the project include European energy companies Engie and, Statoil, U.S. power utility Exelon, Singapore's SP Group and Thailand's PTT.

"It's not easy to navigate...there is a whole bunch of different process steps involving a large number of stakeholders," he said.

Through the blockchain platform, generation and location data could be uploaded hourly. Kilowatt-hours of generation data would be tagged with data and available to purchase. This would provide more granularity than today's convention of traded megawatt-hour units, unlocking the market for small and medium-sized renewable energy generators, Miller said.

Agreements could be made bilaterally without the need of a broker and the platform's tracking of generation, carbon impact and demand matches should provide buyers with a greater choice, Miller said. The open source framework would also enable applications to adjust to different market regulations and requirements.

"By providing a common platform...We think this will simplify the process, especially for internationals," he said.

For example, a device installed on a power line could provide data which triggers smart contracts and notifies service providers to fix the issue, supporting payments in real-time, Westervelt said.

"This eliminates the need to go through several different intermediaries who convey information and orders to the next person in the chain," she said.

"In the past, the organization and management of VPPs of different sizes was complex and costly. Blockchain technology has the potential to make this process more efficient," PwC consultancy said in a report on blockchain in the energy industry, published in July 2017.

"On a lower level the VPPs can-- based on smart contracts-- optimize themselves to a certain degree, and if the balance of the current optimization level is not sufficient, then optimization against the next higher level (e.g distribution grid) can be done via blockchain very efficiently as well," PwC said.

In the coming years, the introduction of new technologies could allow "the interconnection of multiple chains or the settlement of transactions off-chain, which will increase the performance of blockchains to completely new heights," Miller said.

These improvements could support applications such as decentralized grid applications, which could transform the distribution of energy supply.

For example, EWF and Grid Singularity have developed a new market design for the energy grid, where the energy is traded in a decentralized way and balancing areas can be defined as small as a single electricity meter, Miller said.

"If we envision a future where that reality is possible, we need to provide an infrastructure that can withstand millions and potentially billions of Internet of Things (IoT) devices writing transactions in the blockchain," he said.

According to PwC, the IoT can unleash the real potential of blockchain.

“This machine to machine communication could be managed with blockchain(s), leveraging its benefits, such as immutability, speed and automatization. It will be interesting to see, how these will create even more use cases in future," PwC said in its report.