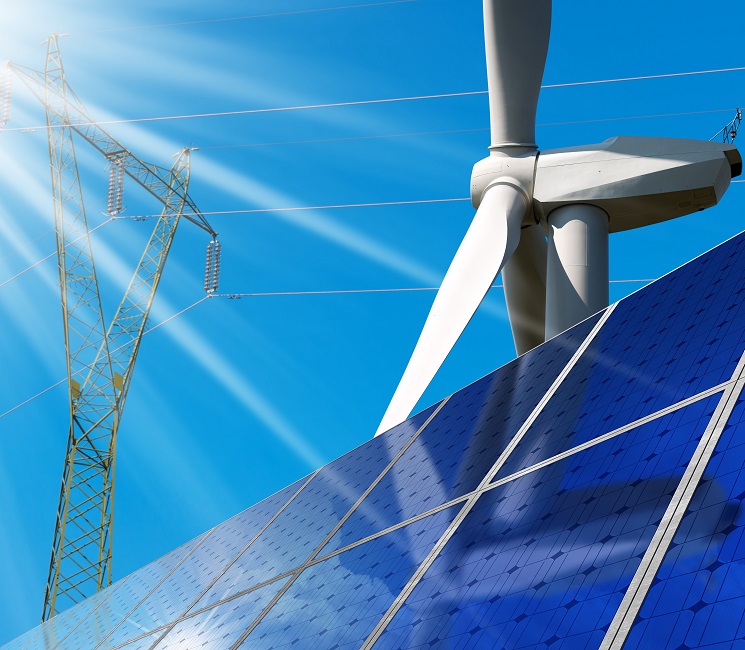 The installed cost of battery grid storage has dropped 50% in the last four years and this rate is likely to continue for the next several years, Kelly Speaks-Backman, CEO of the U.S. Energy Storage Association (ESA), told New Energy Update.

“The cost of storage has dropped much faster than most predictions," Speaks-Backman noted.

“The willingness of developers to bear more commercial and financing risk has also been a major contributing factor to the low [renewables plus storage] bid prices the industry has seen recently,” he said.

"We had learnings across the board, ranging from commercial to technical," he said.

A key driver of cost reductions was the “right sizing” of the battery, Frigo said.

E.ON drew from LG Chem's experience in frequency regulation applications to optimize the battery size to minimize the storage life-cycle costs, he said.

Texas Waves will also use a Greensmith software control system, which interacts directly with the battery, the power conversion system and the battery management system, to help increase operational efficiency and maximize the battery life, Frigo noted.

E.ON's other learnings include a better understanding of energy storage supply chain companies and services, and increasing knowledge of the detailed design features of battery projects and sub-metering requirements, he said.

E.ON's Texas Waves also benefits from an Investment Tax Credit (ITC), allowing capital cost savings on the storage system. However, there are few opportunities for this as most U.S. wind farms were installed using the Production Tax Credit (PTC).

Growth in renewables plus storage projects is being driven by specific market needs, to improve local grid stability, address curtailment and tackle the misalignment between production and demand.

E.ON’s Texas Waves projects will provide frequency response services to the network operator Electric Reliability Council of Texas (ERCOT). The storage plant will allow E.ON to bid into the Fast Responding Regulation Service Up and Down (FRRS) market any time of day, responding to events such as a large generator trip.

“Frankly, if a utility in 2018 presents an integrated resource plan that doesn’t have storage in it, there’s a good chance they have an out-of-date view of storage economics over the next two decades or are not doing the work to model the flexibility needs of their systems,” she said.

Falling costs and rising solar penetration could see the economics of PV plus storage projects overtake stand-alone PV in the coming years as the demand for solar 'peak shifting' and frequency response grows, the U.S. National Renewable Energy Laboratory (NREL) said in a recent report.

By 2020, the business case for coupled PV with energy storage in California could be more favorable than stand-alone PV, the report said. California’s installed solar capacity rose from less than 1 GW in 2007 to over 17 GW by the end of 2016, increasing the demand for storage capacity to provide power outside daytime hours.

In comparison, growth in wind-plus-storage capacity will be somewhat hampered by the unpredictability of wind resources, warned Daniel Finn-Foley, senior analyst of Energy Storage at GTM Research. To date, most installed projects have used the wind interconnection point to save money for the storage system installation, Finn-Foley said.

“I can say that it will be five years or more before we start seeing energy storage being an effective addition to a wind farm…For solar, since it is more predictable, it is much easier to design a power purchase agreement [PPA] that has firm solar capacity at specific hours,” he said.

The low wind-plus-storage bids in the Xcel tender show that developers are optimistic the economies will improve in the coming years. Details of the bidders are yet to be published but some developers may be looking to save costs by pairing wind-plus-storage and solar projects to absorb storage construction and interconnection costs into a larger project.

In many states, wind power has become more competitive than fossil fuel plants, fueling further demand for wind projects and increasing the need for solutions to mitigate intermittency. 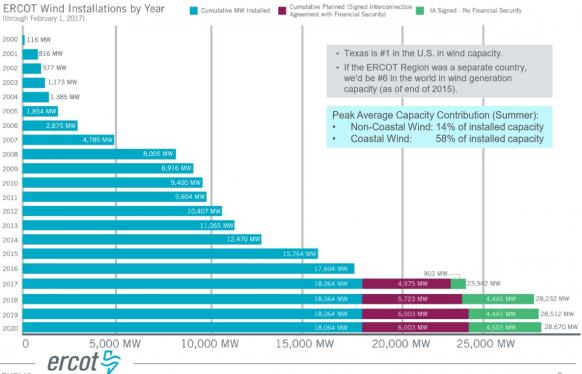 The Texas, California and PJM wholesale power markets could offer some of the early opportunities to fully maximize the value of wind-plus-storage, Finn-Foley said.

“As the penetration of renewables increase in these regions, there could be an opportunity to pair storage with wind, store energy when it is cheaper and sell it when it is expensive, as well as absorbing curtailment associated with wind farms,” he said.