Statoil’s record offshore wind lease bid gives it access to the high-load New York market for its first U.S. project but a power purchase agreement will require state support due to the large capacity size and nascent installation network. 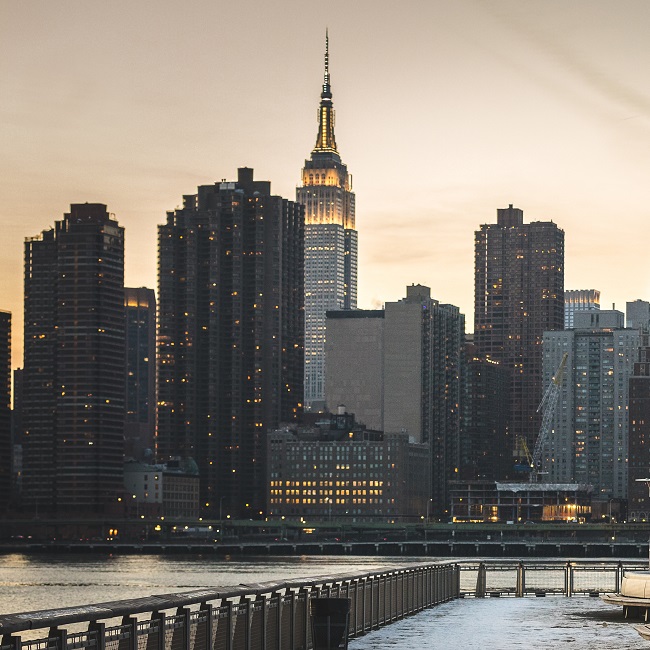 In December, the Bureau of Ocean Energy Management allocated Statoil Wind the lease for its 79,350 acre New York Wind Energy Area (NYWEA) at a record-high offshore lease price of $42,469,725.

The lease win confirmed Statoil's return to the U.S. offshore wind market after the Norwegian firm pulled out of the $120 million 12 MW Hywind Maine project off Boothbay Harbor in late 2013.

Statoil’s bid represents $535 per acre compared with an average of $13.5 per acre for the preceeding 11 East Coast lease allocatons, highlighting the Norwegian group’s commitment to the U.S. offshore wind market. Since 2010, the BOEM has authorized leases in Massachusetts, Rhode Island, New Jersey, Delaware, Maryland and Virginia.

The offshore wind sites are adjacent to NYC which has a very high load factor and power prices are significantly higher than in many other East Coast markets, Soni noted.

“If you are going to intervene and get into the U.S. [Offshore wind] market this is the place to do it,” he said.

Statoil plans to develop 400 MW-600 MW of capacity in the first phase of the NYWEA project, and believes the site could host as much as 1 GW in total.

The large size of the project will make acquiring a sufficient power purchase agreement "the most significant challenge faced by Statoil," according to Soni, who has over 12 years’ experience working on renewable energy procurement for the Long Island Power Authority (LIPA) and the New York Power Authority (NYPA).

The gap between current low wholesale prices and relatively high capital expenditure in the emerging U.S. offshore market will mean the developer is "going to need 100% PPA coverage, certainly to get financing," Bruce Hamilton, Navigant’s Director of Energy, said.

“Investor-owned utilities in NY State do not currently have a mandate to procure renewable power,” Soni noted. That leaves the state authorities LIPA and NYPA as most likely off-takers, he said.

Governor Cuomo has set a target of 2.4 GW of offshore power in New York State by 2030, but going forward, there may be a limited pool of offtakers to sign further PPA contracts, Soni said.

“LIPA has already gone through a renewable procurement and selected an [offshore wind] developer and is likely set with its requirements for [offshore wind]," he said.

Acquiring PPAs has been a major challenge for offshore developers and Statoil will need to find a price which can cover project costs and be accepted by the offtaker.

Cape Wind’s 468 MW project in Massachusetts was shelved in 2015 due to insufficient investments in the absence of a full-capacity PPA. The project cost was estimated at $2.5 billion and the developer had negotiated two 15-year PPA contracts for 77.5% capacity at a price of $181/MWh.

While each offshore wind site has its own specific challenges, overall, offshore wind project costs are expected to fall on technology advancements and improved installation practices.

Deepwater Wind has not disclosed the price of its South Fork project, but Wind Energy Update has learned that it is indeed lower than the PPA for Deepwater Wind's earlier 30 MW Block Island windfarm in New England.

Block Island became the U.S.' first commercial offshore wind farm when it came online in the fourth quarter of 2016 and the project has a 20-year full-capacity PPA in place with National Grid at a rate of $244/MWh.

“Can Statoil independently achieve a low PPA price-- that is the question, especially considering the lease they’ve paid and high development costs in this area,” Soni said.

Gaps in infrastructure and vessel supply continue to put upward pressure on CAPEX for U.S. East Coast projects. In contrast, the CAPEX of European projects has plummeted following several years of installation activity which has built a supply ecosystem and seen the latest project bid prices fall as low as 49.9 euros/MWh ($52.6/MWh).

“This will require a significant size of crane and vessel if monopile or jackets are the foundation of choice…. but the assembly port and infrastructure to accommodate this is not currently in place," he said.

U.S. developers must also take into account the US Federal Merchant Marine Act (a.k.a. the Jones Act), which prohibits non-US vessels from transporting project goods from shore to site, Averson noted.

For the Block Island project, feeder barges were used which raised costs and lengthened the installation time, he said.

Future environmental assessments and consolidated site capacity data will also influence the bankability of Statoil’s project and its ability to negotiate a competitive PPA contract.

With U.S. offshore wind costs set to remain well above wholesale markets for some time, public support and political action will remain key to ensuring Governor Cuomo's 2.4 GW offshore target will be met.

Mid-Atlantic offshore wind construction has the potential to support between 12 and 30 full-time regional jobs per installed MW, according to a 2015 report by the National Renewable Energy Laboratory (NREL).

The Governor's office has stressed the economic benefits of offshore construction projects to regional communities and in a recent statement highlighted that the South Fork PPA contract would see "the utility only pay for delivered energy without taking construction or operating risk."

The project would "bring an enormous amount of renewable energy, and substantial job creation and economic development benefits to all New Yorkers,” Cuomo's office said.

If Statoil can use its offshore expertise and learn from European projects to drive down costs it will be better-positioned to gain that crucial public and political support.