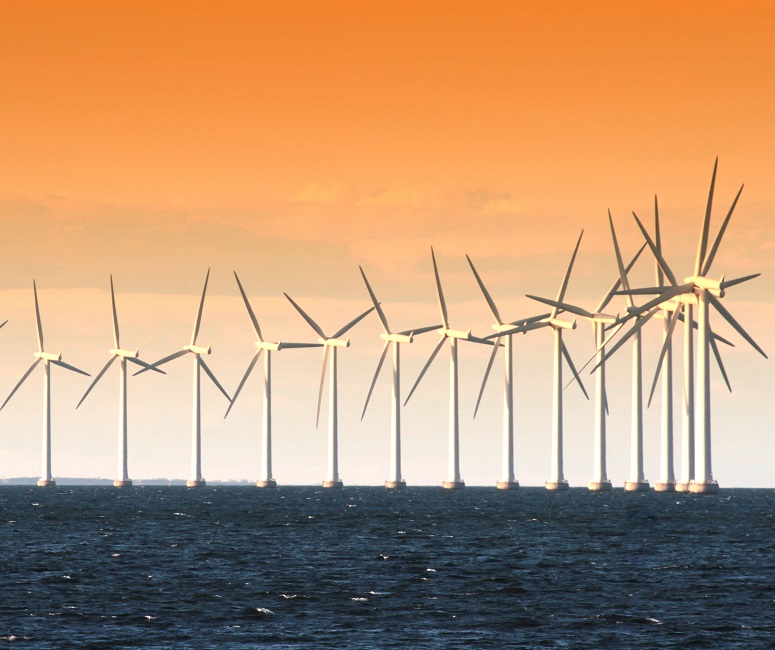 The consortium's winning bid price of 54.5 euros/MWh was close to Vattenfall's recent record-low offshore wind price of 49.9 euros/MWh for the 600 MW Kriegers Flak project in Denmark. The bid was also far lower than DONG Energy’s 72.7 euros/MWh winning bid for the Borssele 1&2 projects, announced in July 2016, confirming the European offshore market has entered a new lower plateau of prices.

MHI Vestas has been named as the preferred turbine supplier for Blauwind II. The 15-year state subsidy for the project amounts to 300 million euros, equivalent to just 6% of the anticipated subsidy of 5 billion euros, the Dutch government said in statement.

Blauwind II can be operated without subsidy after 7.5 years given the current energy price outlook, the government said.

The Borssele 3&4 tender represents the second of five planned 700 MW wind farms in Netherlands as the government pursues a target of 16% of energy from renewable sources by 2023.

Falling project costs and the introduction of competitive tenders have spurred intense price competition in the offshore wind market.

Some industry observers said last year’s record low prices for Borssele 1&2 and Kriegers Flak were driven by the market acquisition strategies of Vattenfall and DONG Energy, but the highly competitive price for Borssele 3&4 indicates cost reductions are being achieved across the industry.

Growing installed capacity has boosted investor confidence in offshore wind power and the introduction of new companies in the market has increased competition, Matthias Haas, CEO of the Gemini Wind Park, told the Offshore Wind Europe conference on November 22, 2016. Gemini plans to commission its Dutch 600 MW project in 2017.

"Cost is related to risk and people certainly perceive the risks to be much lower than they were," Haas said.

“There have genuinely been savings, people have realized that the construction is much less riskier than it was. There might be problems and delays but they’re not going to be the same scale or impact that they used to be because this is getting to be a more standardized, safer, method of construction," he said.

Annual European installed offshore wind capacity is predicted to hit 3.4 GW in 2017 and remain between 3.8 GW and 5.0 GW between 2019 and 2023, according to figures from Bloomberg New Energy Finance (BNEF). The consultancy expects competitive tenders to be used for 46% of projects commissioned in 2019 and this will rise to a 100%-share for projects commissioned from 2021.

Developers and suppliers are also expanding their roles to further reduce project risk.

“It means more interface management, but they’ve showed they can do that reliably and safely and all these margins add up,” Luby said.

Garlick points out that Siemens is the EPC contractor for the 28 MW Nissum Bredning project in Denmark and has also assumed responsibility for the manufacture of the innovative gravity jacket foundations, cables and turbines.

"It’s only a 28 MW project, but it is the first time they have done this. MHI Vestas have also taken responsibility for installing some of their turbines. It’s becoming increasingly common.” Garlick said.

There are also potential cost savings for partners involved in several projects in close proximity.

Blauwind II stakeholders Eneco, Diamond Generating Europe and Van Oord are all involved in the 370 MW Norther offshore wind project which is to be built by 2019 in nearby Belgian waters.

“When you’ve got the same owner involved with neighboring sites, then I think it’s a reasonable assumption to make that they are assuming efficiencies in terms of how they manage neighbouring assets, how they take care of maintenance,” Luby said.

This is a trend which has also been seen in Germany, for example, where developers are buying into geographic clusters of offshore wind projects in order to exploit O&M economies of scale.

Denmark and Netherlands have provided highly supportive development frameworks in their latest offshore wind tenders. Projects benefit from de-risked development costs and the provision of transmission links, unlike in the UK, where greater project risk has resulted in higher project costs.

“The Dutch government providing the grid and doing a lot of site surveys and handing that information over has cut development costs as well as timescale. A much more streamlined bid process and development phase is more efficient,” Luby said.

In November 2016, Dutch grid operator Tennet signed contracts with a consortium of VBMS and NKT Cables to supply and install the onshore-to-offshore cables for the Borssele 1&2 grid-connection. The VBMC-NKT consortium is also the intended cable supplier for Borssele 3&4, Tennet said.

“Pipeline support and scale is there for offshore wind, at least until 2025. Two or three years ago we got clarity in each of the [major European] markets so this allowed, for example, Siemens to build their blade factory in the UK, MHI Vestas to build new factories and to industrialize the market. Cost reductions are being achieved through scale,” he said.

Competitive tender procedures are now helping to establish market benchmarks. As Garlick noted, we have seen several projects bid around the 60 to 70 euros/MWh price range.

“When the Borssele [1&2] bid came out it was very, very low, it was a shock to everyone. Now that we’re seeing that bid price reinforced by other bids of the same nature we do start to get a little bit more confidence that it probably is the real price,” he said.