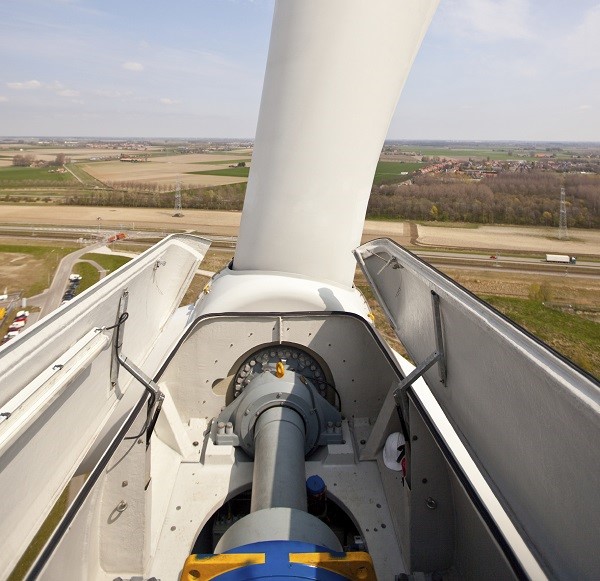 US new wind power installations rose 77% in 2015 to 8.6 GW over 2014, according to the American Wind Energy Association AWEA, and operations costs continue to fall.

Wind power production costs have declined by more than 60% in the last six years, according to the American Wind Energy Association AWEA. Reductions in Operation and maintenance (O&M) costs, including maintenance and spare parts management, have boosted plant profitability.

Predictive technologies such as Condition Monitoring Systems (CMS) have become widely used and helped to cut the cost of spare parts management.

“Those softwares allow us to have a proactive rather than a reactive nature to faults and they can reduce maintenance and spare parts costs’ by 30-50%,” one logistics and maintenance manager at a large US wind operator, told Wind Energy Update.

In a recent trend in the US and Europe, wind farm operators have taken a more direct control of their spare parts management, Marc Huyzer, Managing Director of SparesInMotion.com, said.

“They go directly to the supplier. They collect data and monitor them, in order to plan stocks. They know what each component does and with the data collected they are increasingly more able to predict breakdowns and know what they should order (how much to stock, etc.),” he said.

The advanced purchase and storage of spare-parts can halve the number of downtime days for a typical wind farm, one spare parts expert told Wind Energy Update in a recent interview. A 50% reduction in fault-related downtime could equal around three and a half days operation per turbine annually, based on 2013 US National Renewable Energy Laboratory (NREL) data.

Lost days per year by component

Operators are using a combination of spare parts’ strategies, depending on factors such as equipment type and the age of the technology.

“Currently we tend to outsource to manufacturers or independent service providers (ISPs) about 95% of [turbine] maintenance and only less than 5% spare parts management," the logistics manager at the US operator said.

Around 50% of the firm's parts are sourced from original equipment manufacturers (OEM) and the remaining 50% from non-OEM parts suppliers, including refurbishment options, he said.

Avoiding backlogs of parts is clearly key to reducing plant downtimes and the company proactively limits its exposure to products on back order, the source said.

“Some items could take up to three months or longer to arrive,” he said.

While an operator may benefit from some cost savings by taking direct control of spare parts management, the firm may not have the same level of access to parts as a supplier.

This raises the risk of plant downtime and could lead to higher costs, according to a source at one large turbine supplier.

The contracts set out compensation payments based on equipment performance and can include terms on timely delivery of spares.

“Our contracts with suppliers include supply requirements, so in case their delay causes a breakdown, they get charged a penalty,” one wind farm asset manager said.

The capacity of new wind farms is on the rise and more than 15 utility scale wind projects with capacity over 200 MW were installed in the US in 2015, according to AWEA.

Nameplate capacity, hub height and rotor diameter have increased significantly in recent years and this trend is expected to continue, according to the US Department of Energy.

Larger wind farm operators can buy parts in bulk to lower the cost per unit and parts that can be used for different purposes or across a number of plants can be stored in depots.

“In the old days, people would replace one gearbox at [a] time, now they are rather replacing multiple gearboxes at one time, in order to cut crane costs over a large number of machines. The trend for larger [spare parts'] orders [for onshore wind farms] is continuing,” Bruce Neumiller, CEO of Gearboxexpress, said.

As a result, suppliers tend to hold a larger pool of spare parts ready to go and compete on value, warranties and features for new or refurbished equipment.

Most producers try to store small, regularly needed components close by, as well as equipment for which failure is hard to predict, such as electrical items. Strategic items, such as generator, gearbox, shafts, etc. are commonly ordered when predictive systems like CMS signal a warning.

Electrical components, including sensors, control systems and electrics, are responsible for around 50% of wind turbine failures while mechanical components account for almost 30% of failures.

Storing strategic and higher cost items, such as gear boxes, close to the site, can prove expensive as they may need maintenance while in storage.

“We tend to store immediate smaller components and to outsource our storage to third parties larger spare items, such as generator, blades, gearboxes, etc,”  the US operator source said.