The groundbreaking HiFlex plant in Italy will use DLR's ceramic particle technology to hit extreme temperatures, requiring a fresh approach for steam generation. 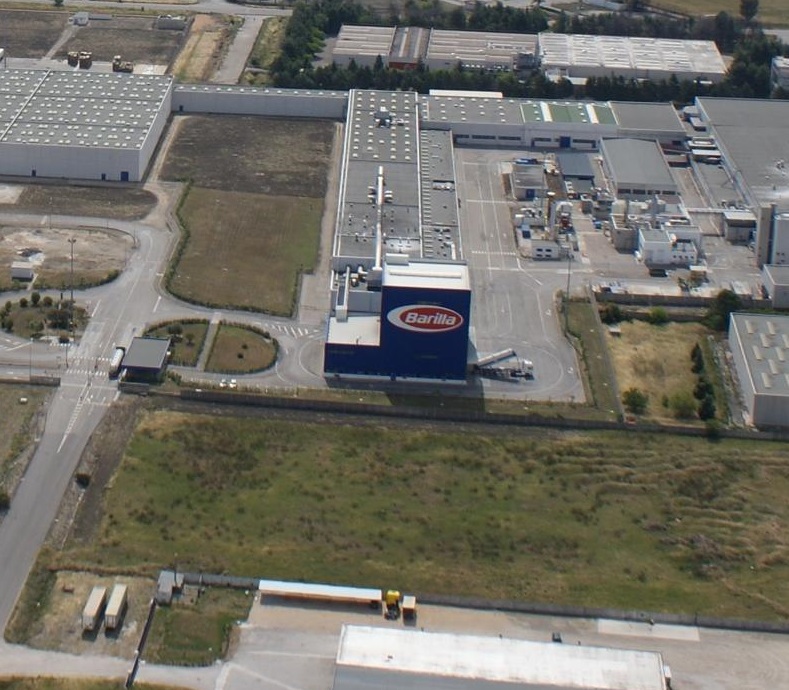 A concentrated solar heat (CSH) system installed in Italy next year will bring a new high-temperature technology to industrial heating.

A group of European companies will build a pilot ceramic particle concentrated solar tower plant at a pasta factory owned by Barilla in Foggia. The 'HiFlex' plant will use centrifugal solar technology developed by the German Aerospace Centre (DLR) to supply heat for the drying of pasta.

For the first time, the HiFlex project will integrate the ceramic particle receiver and purpose-built steam generator into one plant. The pre-commercial project will also demonstrate the integrated design can be used in high-efficiency rankine cycles for electricity generation. The project will receive 13.5 million euros ($16.0 million) from the European Union's Horizon 2020 research program and involves 11 companies from seven countries.

HiFlex will produce 3,360 MWh of thermal energy per year, around 6% of the factory's annual heat requirements, reducing its reliance on natural gas.

Companies like Barilla must reduce their use of fossil fuels for heating, as well at the supply of electricity, to meet carbon reduction objectives.

"This type of plant could be installed in all our pasta factories," Luca Ruini, Vice-President for safety, environment and energy at Barilla, told Reuters Events.

The technology could also be tested in other food production processes that require over-heated water, such as the making of sauces, Ruini said.

DLR is also studying deploying this in other industries where high temperature heat is required, such as mining and metallurgy, Martina Neises-von Puttkamer, group leader, particle systems technology at DLR, said. Under the EU-funded PREMA consortium, DLR is already testing the use of industrial gas byproducts and solar thermal energy to reduce carbon emissions from manganese production.

The HiFlex plant will use heliostats installed across an area of 6,000 square meters to direct solar flux at a ceramic particle receiver mounted on the solar tower. The receiver rotates, exerting centrifugal force to keep dark bauxite particles-- a sand-like material-- in motion along the chamber wall.

As the heat transfer medium (HTM), bauxite can operate between 400° C and 1000° C. This is double the temperature range (290 to 565°C) attainable by conventional molten salt concentrated solar systems, increasing the thermal efficiency. HiFlex will feature a 2.5 MWth receiver, a 20 MWh thermal energy storage system, and a 0.8 MWth steam generator that will provide steam at 620° C. The plant will generate a peak thermal power of 2.5 MW at around noon time and use storage to provide a continuous 24-hour heat supply of 800kW.

Following a reduction in pressure and temperature, process heat is supplied to Barilla at 135° C.

Key performance metrics that will be analysed include the incoming solar flux, receiver inlet and outlet temperature and the mass flow of the particles, Neises-von Puttkamer said.

"Combined they give you the performance of the receiver, in terms of thermal efficiency," she said.

Significant focus will also be placed on the performance of the steam generator, which must withstand temperature gradients of up to 15° C per minute and temperature differences of over 600° C between the top and the bottom.

The steam generator will be relatively small, measuring a box size of 1.5 meters in length and 1.8 meters high, in line with the pilot project requirements. It will also be made from a different type of steel than conventional steam generators.

"Different factors have been taken into account, such as the temperature reached inside the exchanger, the thermal conductivity coefficient and the density, among others," Xavier Mas, Director, Technical Service and R&D at Sugimat, said.

The large differences in temperatures between the top and the bottom of the steam generator places significant thermal stress on the tubesheet, Antoine Guillick, design engineer and project coordinator at John Cockerill, said.

John Cockerill is studying dividing the tubesheet vertically with small U-shaped pieces that breaks down the temperature gradient into smaller steps.

"This design has still not been validated," Guillick noted.

Tubes will be made of a nickel superalloy material, rather than conventional alloy steel or stainless steel, to withstand the higher temperatures.

"We also use refractory alloys to resist to the high temperatures and to the ceramic particles, for example for the tubesheet," Guillick said.

To mitigate this, an insulant will be laid on the internal casing of the steam generator, Guillick said.

"We are investigating abrasion-resistant refractory bricks as potential candidates to ensure this function," he said.

The steam generator will be manufactured at Sugimat's factory in Valencia, Spain.

With so many project partners, efficient information exchange is crucial and COVID-19 restrictions have inevitably delayed some activities.

Procuring the steel for the generator has been a challenge, as some steelmakers have halted production during the pandemic.

"It is not a very common steel and requires specific dimensions, but fortunately, we have been able to obtain the material for manufacture in our facilities," Mas said.

Under the current plan, Sugimat will manufacture the steam generator between January and June 2021.

"I think that we are on track and that in January the main design aspects will be fixed," Guillick said.