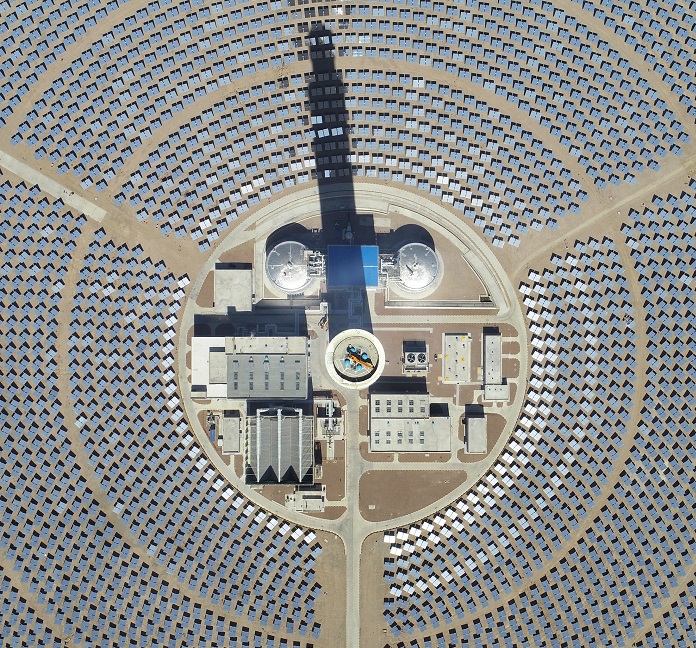 The Delingha plant in Qinghai is 3 km above sea level and was built in 18 months. (Image credit: Supcon Solar)

Supcon Solar achieved a fulfilment rate of 88.6% at its 50 MW Delingha CSP tower plant in Qinghai Province in the first full year of operation, industry association China Solar Thermal Alliance (CSTA), reported September 29. This is higher than the CSP fulfilment rates of 70 to 80% set out in many global EPC contracts.

One of the first large-scale CSP tower projects in China, Delingha includes seven hours of thermal energy storage (TES) and is located at an altitude of 3,017 meters, next to a Supcon 10 MW pilot project.

Equipment failure, a lack of operational experience and grid curtailments were the main drivers of lost production, Jianxiang said.

In August 2019, the plant was shut down or at limited load for almost a month, reducing output by around 7 GWh. In July 2020, an outage of the steam turbine for over a week cut output by around 2.2 GWh.

In May, Jianxiang predicted the fulfilment rate for the first year of commercial operations, from October 2019 to September 2020, could exceed 100%.

Cloud coverage remains a key operational risk for Delingha. The plant can provide stable electricity during a short cloudy period, but "sudden and unexpected" clouds can impact operation and lead to system shut-down, Jianxiang said.

Labour costs represented almost two thirds of operational costs, so the estimated cost for an equivalent plant of 100 MW capacity would be below $11.9/MWh, he said.

Supcon Solar will take its learnings from Delingha to the 50 MW Minos CSP tower project in Greece, where it will supply the technology and EPC services with construction partner Energy China CGGC International.

A group of European companies including the German Aerospace Centre (DLR) is to build a pilot ceramic particle CSP tower plant in the next two years to supply a pasta factory owned by Barilla in Foggia, Italy, DLR announced October 9.

The HiFlex CSP power and heat project will use DLR's ceramic particle CSP tower technology to supply industrial process heat during the day or night.

DLR will deliver its receiver to the site in Italy in 2021, the company said.

Vast Solar is working with O&M and advanced materials teams at QUT that are funded by the Australian Solar Thermal Research Institute (ASTRI).

The O&M team has already developed techniques to predict the soiling rate of solar mirrors, assess the impact on plant performance, and optimise cleaning activities. The advanced materials group will tackle challenges in material compatibility.