Hydrogen fuel cells are losing the battle against lithium-ion batteries in cars and light transport, but as hydrogen prices come down, the technology may find a niche in longer-haul, heavy-load transportation with fixed routes and targeted infrastructure. 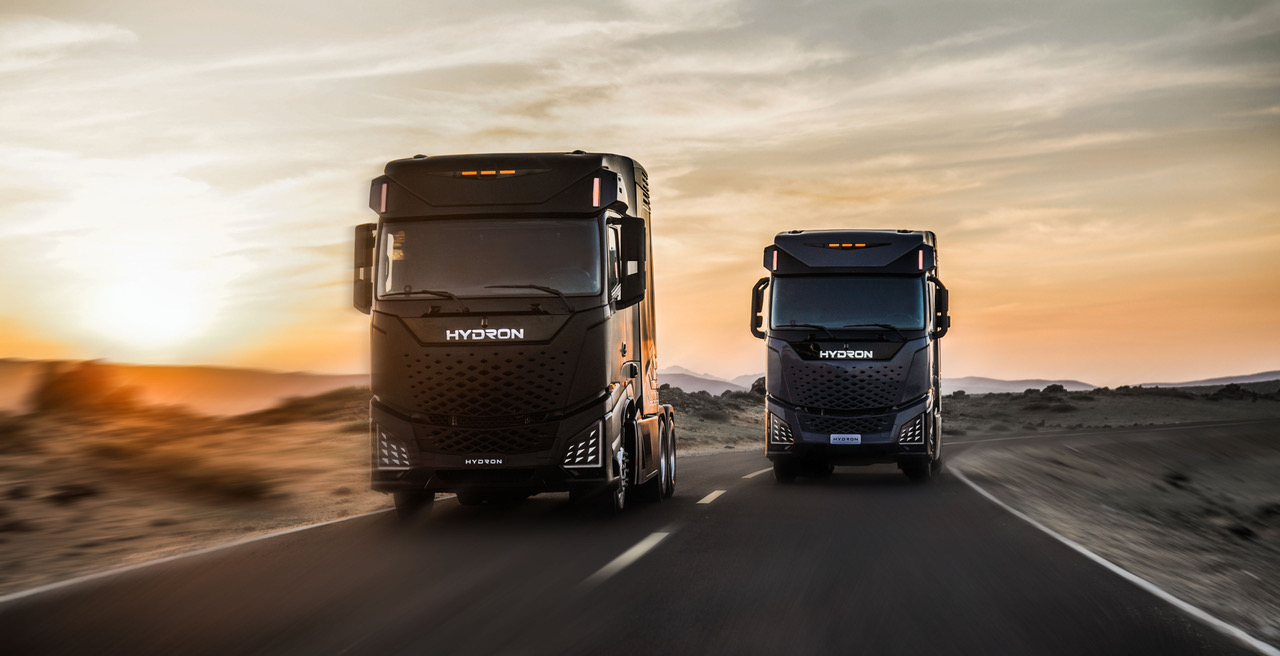 Rapid take up of electric vehicles has some claiming that fuel cells powered by clean hydrogen have no place in the transport sector – Elon Musk famously refers to them as “fool cells” – however electric batteries have limitations, both in range and weight, especially for heavy vehicles with long ranges such as cargo trucks.

A battery-powered, relatively light-weight family sedan may boast a range of around 400-500 kilometers before it must recharge, however a heavy-duty truck would be lucky to get half that range.

A larger battery, for longer range, would be bulky, taking away precious cargo space and means an extra payload of as much as five tons for an already heavy, fully loaded vehicle.

By comparison, Volvo says its hydrogen fuel cell heavy duty trucks have a range of up to 1,000 kilometers while the batteries themselves weigh less than two tons. 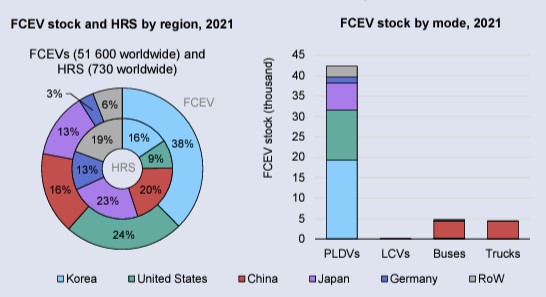 Hydron, a startup of less than a 100 people based in Southern California, is working closely with Cummins on its fuel cell technology to produce a heavy-duty truck capable of pulling 40,000 pounds (over 18 metric tons) for long haul destinations.

The company hopes to have a demonstration of a small fleet of trucks that run on hydrogen fuel cells and are autonomously operated within a couple of years.

“Hydrogen is great for long haul operations; it can work in any kind of weather conditions and doen’t lose efficiency in cold weather, which electric vehicles can do. They’re quick to refuel – you can refuel a Class A truck in around 20 minutes, and that could take several hours for an electric vehicle,” says Head of North American Operations for Hydron Jason Wallace.

“We imagine Class A trucks running nearly continuously, no breaks, only stopping for refueling and preventative maintenance, we’re going to be able to double capacity for every truck on the road and doing so with a nearly zero carbon footprint.”

Hydron aims to have its first-generation trucks run on gaseous hydrogen and is aiming to introduce liquid hydrogen which would improve refueling speed and range further down the pipeline.

However, Wallace is realistic about the challenges inherent in building a clean hydrogen infrastructure and, while the company aims to work with hydrogen from sustainable sources, says Hydron is keeping its supplier options open.

“We’re not going to be manufacturing hydrogen fuel, but we want to be able to provide the storage and dispersal hardware on site at terminals along high volume freight routes,” he says.

“If you look at where these high-volume arteries are within the United States and Canada, we can start to map our refueling sites over these locations and then slowly start to build out the network that allows us to keep these trucks running.”

Putting the egg before the chicken

Companies such as Hydron are eying fixed routes with refueling stations at strategic points along those routes, especially surrounding high volume commercial hubs such as points between Dallas, Houston, San Antonio, Austin in Texas.

California, meanwhile, has dived into the chicken and egg problem by helping fund the creation of hydrogen refueling stations around the state in an effort to stimulate the fuel cell market.

“We’re committing at least $20 million a year for 10 years to develop hydrogen fueling stations, and that is managed by the California Energy Commission,” says Andrew Martinez, Hydrogen Program Expert at the California Air Resources Board (CARB).

The CARB is studying where these resources are best located but noted that they are currently tracking 176 stations projects. Today, there are 56 stations open across California and the government has set a goal of having 200 stations funded by a combination of private and public money by 2025.

As the number of fueling stations grows, the state is also focusing on targeted markets that can use hydrogen fuel cells within their own purview, such as drayage trucking, which involves shipping goods a short distance using ground freight, often from ships to rail for delivery, and bus routes.

“That does not mean they’re not coming! It’s just that the manufacturers need more time to develop commercial vehicles,” says Goodbody.

The key element to the roll-out of commercial fuel cell vehicles like regional and long-haul trucks is knowing where hydrogen infrastructure is needed and where it can be most helpful for original equipment manufacturers wanting to develop fuel cell technology, she says.

“With fueling Infrastructure, station location and reliability are two key considerations for drivers and fleets when adopting zero-emission technology. We’re still in the early phases, but it’s super important to us that that the fleets understand that, as the state moves toward transitioning more and more vehicle types to zero-emission, we are also supporting infrastructure for both battery electric and fuel cell vehicle technologies” Goodbody says.