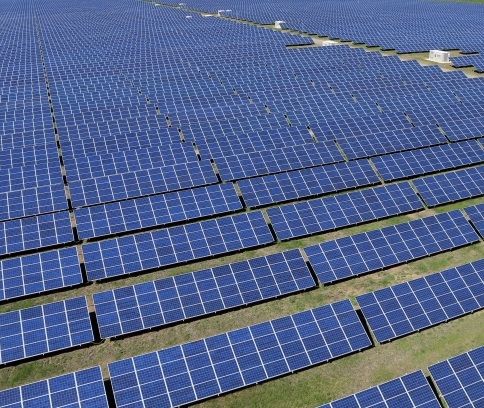 U.S. solar power purchase agreement (PPA) prices fell by 0.9% in Q4 2019 to an average $27.40/MWh, driven by a sharp fall in prices in the Midwest MISO market area, market platform provider LevelTen said in its latest quarterly PPA price index. Over the whole year, solar PPA prices fell by 4.7% while wind prices rose by 6.6%, it said.

Solar prices fell in four of the five main U.S. market areas in Q4, led by a 4.3% decline in the MISO region to an average price of $29.96/MWh, LevelTen said. At the same time, wind prices in MISO remained stable at $27/MWh after a $4/MWh rise in the previous quarter.

"The corporate market for MISO solar [virtual] PPAs has lagged other regions in the past, but this price decline illuminates a narrowing gap," it said.

Midwest solar activity is booming as developers leverage falling technology costs and rising renewable energy commitments. In the coming years, bifacial panels, batteries and economies of scale will challenge the dominance of wind developers in the region.

Solar prices in California's CAISO market and the central SPP and Texas ERCOT networks fell by around 1% last quarter while in the north-east PJM market area, prices rose by 2.6%, to $35/MWh, LevelTen said.

"It is unknown whether recent regulatory uncertainty in the PJM capacity market surrounding Minimum Offer Price Rules has had an effect on corporate PPA pricing, but this will be a dynamic worth monitoring in the coming months," LevelTen said.

Located in Vulcan County, Alberta, the C$500 million ($375.8 million) Travers project will be Canada's largest solar facility. Construction is expected to start in mid-2020 and the plant is expected to be online by the end of 2021.

Under the deal, CIP will provide funding for the development, construction and operation of the plant. Greengate will retain an ownership share and provide management services throughout the life of the project.

While Travers will be developed without subsidies, the plant will receive compensation under new Alberta's Technology Innovation and Emissions Reduction (TIER) scheme. In place since January, the TIER is funded through investments made by large emitters to meet tightening carbon reduction requirements.

Alberta plans to phase out coal-fired power generation by 2030, opening up significant opportunity for renewable energy development. Coal-fired generation currently supplies around 50% of the state's electricity, while almost 40% comes from natural gas plants.

Greengate had thus far developed around 1 GW of renewable energy projects in Canada.

French oil major Total has acquired a 50% stake in the solar business of Indian conglomerate Adani Group for around $500 million, Total announced February 6.

Total and Adani Green Energy Limited (AGEL) will create a 50/50 joint venture into which AGEL will transfer its solar assets, consisting of 2.1 GW of operational capacity and 475 MW of capacity under development. The acquisition will increase Total's global installed renewable energy capacity to around 4 GW.

Currently valued at around $15 billion, the Adani group has launched a major clean energy investment drive. The group aims to become the world's largest solar power company by 2025 and the largest renewable energy company by 2030.

India aims to increase its installed renewable energy capacity from 81 GW in 2019 to 225 GW by 2022, which includes 50 GW of large-scale hydroelectric capacity.