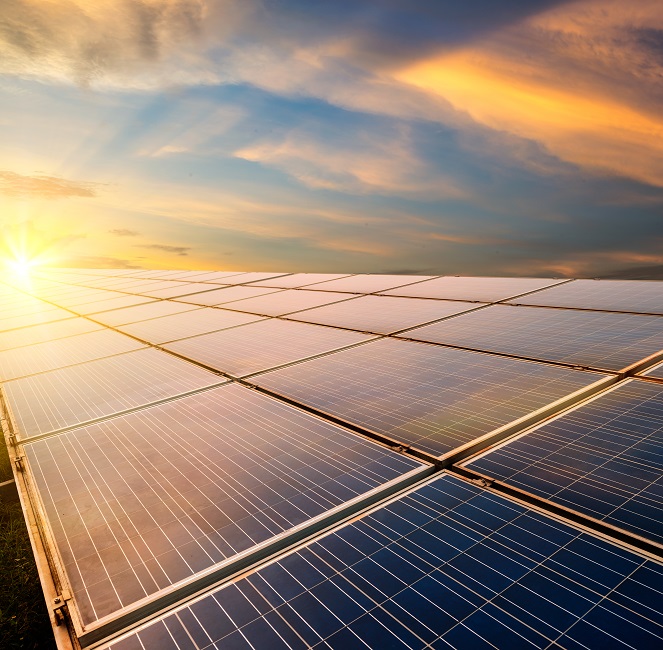 A consortium led by the World Bank's International Finance Corporation (IFC) has agreed to provide a $653-million debt package to 13 solar power projects developing a total capacity of 752 MW near Aswan, Egypt, IFC said in a statement. The financing represents the largest private sector financing package for a PV facility in the Middle East and North Africa (MENA), it said.

The solar projects are being developed by six groups of private power companies and are supported by the Nubian Suns Feed-in-Tariff Financing Program. The projects form part of the Benban Solar Park, which will host 32 power plants for a total 1.8 GW and drive Egypt towards its target of 20% of electricity from renewable sources by 2022.

“Egypt’s reforms in its energy sector opened the door to private sector investments,” Philippe Le Houerou, CEO of IFC, said in a statement.

“For the Benban Solar Park project, those reforms and our innovative financial tools have helped attract a number of investors and financiers into the country for the first time," he said.

The Multilateral Investment Guarantee Agency, another member of the World Bank Group, is to provide $210 million in political risk insurance to 12 projects within Benban, IFC said.

A consortium led by Scatec Solar has reached financial close on six solar plants in Egypt's Benban Solar Park for a total capacity of 400 MW, the company announced October 27. Norfund and Africa50, the Infrastructure Fund for Africa, are equity partners in the project, which will involve a total investment of $450 million.

Together the projects will receive $335 million of non-recourse project financing from a consortium consisting of EBRD, the United Nations' Green Climate Fund (GCF), the Dutch development bank, FMO, the Islamic Development Bank (IsDB) and the Islamic Corporation for the Development of the Private Sector (ICD).

"This is the [financing] consortium's first joint projects in Egypt's renewable energy sector," Scatec Solar noted in a statement.

The GCF has agreed to contribute $48 million to the projects, its largest ever allocation to a single recipient.

"It shows the potential for public and private climate finance to drive the low emission energy transition in support of Egypt's climate goals," he said.

In April 2016, Scatec Solar and partners signed 25-year Power Purchase Agreements (PPAs) with the Egyptian Electricity Transmission. On October 26, the partners delivered the required condition precedents for the PPA to become effective.

Scatec Solar is the turnkey engineering procurement construction (EPC) provider for the projects and will also provide Operations and maintenance (O&M) and Asset Management services.

"Construction is scheduled to commence in early 2018, upon customary governmental conditions under the renewables program being met," the company said.

US Trade Commission recommends solar panel tariffs of up to 35%

The U.S. International Trade Commission (ITC) has recommended tariffs of up to 35% on imported solar panels, far lower than those requested by Suniva and SolarWorld Americas in a case which has divided the solar community.

The case brought by Suniva and SolarWorld Americas argued low-priced panels from Asia are damaging the U.S. solar manufacturing industry. The companies sought support under Section 201 of the 1974 Trade Act, last used in 2002 to protect the steel industry.

The companies called for an initial tariff on solar panels of $00.40 per watt and a minimum price for modules of $00.78/W, roughly double the market price earlier this year.

However, the ITC's recommendations, would instead add $00.10 to the price of panels, according to Bloomberg New Energy Finance.

The ITC must send its full case recommendations to President Trump by November 13. The President will have until January to make a decision.

Low-price imported modules have driven a surge in U.S. solar power installations in recent years. The U.S. installed 13.7 GW of PV capacity in 2016 and industry groups have warned higher module prices would slow growth and endanger employment in the wider solar manufacturing and development industry.

“The commissioners clearly took a thoughtful approach to their recommendations and it’s worth noting that in no case did a commissioner recommend anything close to what the petitioners asked for. That being said, proposed tariffs would be intensely harmful to our industry. While we will have to spend more time evaluating the details of each recommendation, we are encouraged by three commissioners’ reference to alternative funding mechanisms, including our import license fee proposal," SEIA said.

The trade case has already slowed U.S. utility-scale solar development as companies look to avoid future increases in prices which could dent project returns, according to reports.

Construction began after WElink signed an engineering procurement construction (EPC) contract with China Triumph International Engineering Company (CTIEC), WElink said in a statement October 26. The plant will consist of 850,000 solar modules and is expected to be brought online by mid-2019.

Anesco worked with its suppliers on "every aspect of the project," including its design and technical specifications in order to achieve a subsidy-free project, the company said.

"The cost of solar panels and batteries has fallen dramatically over the past few years, and this first subsidy-free development at Clayhill is a significant moment for clean energy in the UK," Claire Perry, UK Minister for Climate Change & Industry, said at the plant's opening in September.