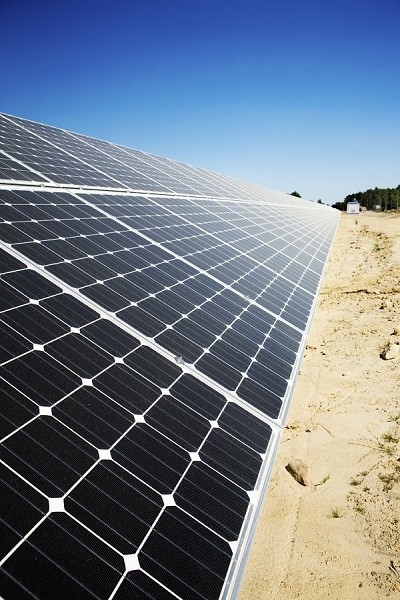 Egypt has a target of 2.3 GW of solar capacity by 2017 and the Kom Ombo scheme was originally planned as 10 grid-connected PV plants, each with a capacity of 20 MW, to be located in Aswan in the south of the country.

In January 2014, 15 developers were shortlisted but earlier this year it emerged that EETC had consolidated the scheme into one 200 MW utility-scale tender following a parallel Feed in Tariff (FiT) scheme which saw 50 MW projects bid by a number of global developers.

According to the Egyptian authorities, the larger single Kom Ombo project should result in more competitive bids.

“Instead of 20 MW, the bidders will be competing for 200 MW, so they will benefit from the larger scale. They are all capable of implementing a project of this size. We wouldn’t have changed it unless we were confident of their capabilities,” El Sobki told PV Insider.

According to a new report by the U.S. Solar Electric Power Association (SEPA) and Recurrent Energy, utility-scale solar projects can achieve significant economies of scale and make soft build cost savings of as much as 40%.

Soft costs include non-hardware items such as labor, land, local permits, environmental studies, and system design while hard costs include modules, inverters, and balance of system.

There are "natural breakpoints” in capital expenditure pricing of solar projects, the study said.

The first breakpoint for U.S. utility-scale solar occurs between 1 MW and 5 MW. SEPA anticipates non-distributed solar projects of capacity 5 MW to see CAPEX at or below $2/Watt in 2016.

The second common breakpoint occurs between 5 MW and 20 MW. At 20 MW, SEPA anticipates CAPEX at or below $1.60/Watt on average.

Another common breakpoint occurs in the range 20 MW-50MW. SEPA anticipates CAPEX for 50 MW projects to be $1.20/Watt or less. Beyond 50 MW, some additional economies of scale may be gained, but at diminishing levels, according to the report.

The majority of bidders who qualified for the Kom Ombo scheme are also developing projects under the FiT program and this was another factor that led EETC to unify the Kon Ombo tender.

Last year, NREA signed memoranda of understanding with 42 solar developers to implement projects under the FiT scheme and delivered the related land plots. The companies are expect to sign PPAs for these projects in the coming weeks.

Faisal Eissa, Chief Operating Officer of Solar Shams, said he understands the government’s decision to group together the Kom Ombo capacity. Solar Shams is involved in three 50 MW solar PV projects under the FiT scheme, and 6 MW of industrial and commercial projects.

“The evaluation process before consolidation was going to be very complicated as companies would be bidding for different capacities at different tariffs,” Eissa said.

The FiT projects and a number of other BOO projects came after the qualification for the initial Kom Ombo projects and they have larger capacities, he noted.

“So why not consolidate and make it easier for evaluation?” he said.

Currently, local engineering firm Hamza Associates is carrying out topographical and geotechnical studies at the Kom Ombo site, which developers will collectively finance. Firms will pay a combined 60,000 euros ($68,417) to purchase the studies.

“We think it is good decision, saving time and money as well as attracting the big players,” he said.