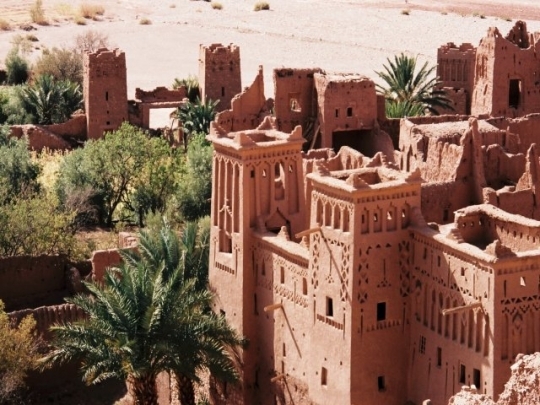 What role will CSP play in this plan and how can international companies get involved?

Situated within the sunniest region on earth – the Sunbelt – Morocco is exposed to intensive direct normal irradiation of 6,5kWh/m2/day; where the amount of sun falling on one square kilometre a year is equivalent to the energy produced by burning one million barrels of oil. With this potential in mind, and given the country’s adjacency to Europe, the Moroccan Agency for Solar Energy (MASEN) launched a $9 billion national solar power plan to deploy 2GW of solar power capacity across Morocco by 2020.

Taking off with CSP

The first phase of the project, which is part of the Desertec initiative, involves the construction of a 160MW parabolic trough CSP plant with three hours of full-load storage capacity in the southern city of Ouarzazate. Eventually, the plant will be expanded to generate a total of 500MW by 2015 - stretching over 2,500 hectares and lying within proximity to transmission lines and to the Mansour Dahbi Dam.

Winners of the $500 million contract for this project are expected to be announced this week, but according to Reuters, an official source from MASEN revealed it would be the consortium led by the Saudi International Company for Water and Power (ACWA), which has teamed up with Spanish engineering firms Aries IS and TSK Solar to collaborate on the design, finance, construction, operation and maintenance of the plant.

Meanwhile, phase two of the project will be dedicated to multiple CSP technologies, including the parabolic trough and tower, as stated in a recent presentation by the African Development Bank, while PV will be the focus of phase 3.

Tenders will soon be floated for the construction of CSP towers of at least 50MW at the Ouarzazate Solar Complex. “We are planning to launch the bidding process by the end of 2012 or early 2013”, Obaid Amrane, board member at MASEN, tells CSP Today. Public procurement processes for Build-Own-Operate-Transfer power plants will be conducted under an independent power producer (IPP) model with 25-year power purchase agreements throughout various locations within Morocco, including Ouarzazate; Ain Bni Mathar; Foum Al Oued; Boujdour; and Sebkhat Tah.

Desalination: the only option

One of the biggest drivers for CSP new build in Morocco is the potential risk of water shortage. Due to the country’s geographic location, with mountains in the north and desert in the south, rainfall is limited to a few parts and rain volumes are decreasing year by year. The combination of reduced rain and forest areas, along with a growing rural population, has also affected groundwater availability.

Moreover, the high solar irradiation is causing an evapo-transpiration of 80% of the total rain volume. Without additional water sources, the water deficit will keep growing even if more dams are built in the future, since they alone will not mobilise water per capita.

“The most important issue for Morocco is increasing its water resources. The water situation is very critical, and the only possible way to solve the problem is to desalt seawater. This could be performed with high efficiency by waste heat from a CSP power station that is situated close to the shore”, explains Dr.-Ing. Hani El Nokraschy, vice chairman of Supervisory Board at Desertec, founder of Germany-based Nokraschy Engineering and co-founder of SOLAREC-Egypt, the Egyptian Solar Research Centre.

Dr. Nokraschy points out that the coastal potential for CSP is 300 TWh/y, while the demand for CSP power for desalination in 2050 will be 1.2 TWh/y; “therefore enough to cover all demand”.  This may explain why the Moroccan government recently selected Nevada-based TransPacific Energy (TPE) as one of three companies that will design and install a 1MW thermal solar driven Organic Rankine Cycle. TPE’s proprietary heat recovery and energy conversion process uses multi-fluids to convert waste heat from industrial processes, solar, geothermal, biomass and landfill into renewable electrical energy.

While Morocco’s first CSP project will rely on trough technology, Dr. Nokraschy suggests a different approach. “The technologies that are going to be deployed will depend on the offers and choice of investors. I cannot say anything about that, however, I can tell you what I would do if I were the decision maker. According to the status of development in 2012, the parabolic trough seems to be at the end of its evolution because of the temperature limitations, complicated manufacturing and toxicity of the heat transfer fluid.

“Therefore, I would prefer the Fresnel technology and the solar tower technology. Both use nearly flat mirrors which enable a higher share of local production. Fresnel may give an additional advantage, because of shadowing the ground. This enables planting under the mirror roof protecting the plants from the burning sunrays and thus saving irrigation water”.

The simple construction of the Fresnel flat mirror collector would also allow its erection without strong foundations, with nearly half the costs of other collectors and to a large extent with the help of local manpower. In addition, maintenance of collectors would not necessitate highly qualified personnel, as periodic cleaning of the mirrors is automated, while 50-60% of the required material can be found in developing countries, as stated in a report ( by Dr. Nokraschy and Dr. Abdelaziz Bennouna, founding member of Trans-Mediterranean Renewable Energy Cooperation.

Facing an electricity demand that is rising by 7% annually, water supply shortfalls, and a widening trade deficit from heavy reliance on fossil fuel imports, Morocco is giving all it can to solar energy development to enable it to meet domestic power demand, fuel desalination plants and export electricity to energy-hungry trade partner, the European union.

To respond to this article write to Heba Hashim

Or write to the editor, Jennifer Muirhead