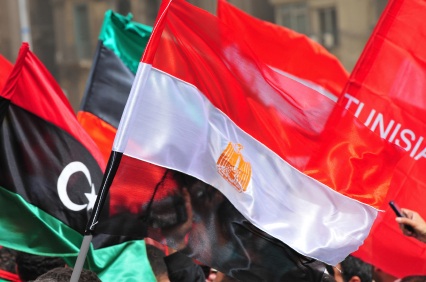 As the blistering heat of summer wanes, the drive for solar energy is picking pace in the Arab world. Previously uninvolved GCC nations are now giving CSP second thoughts, while others are examining the feasibility of combining it with desalination. Most of all, governments are finally turning their attention to the long-awaited case of subsidies.

In the GCC region, the UAE has been taking centre stage for some time with Masdar City and the Shams 1. But things are changing. Qatar has moved up a gear, rolling out a business plan covering the next 3-5 years. Proposed by the Qatar Energy and Environment Research Institute (QEERI), the plan calls for a 300kW CSP parabolic mirror trough connected to a desalination system using an integrated molten-salt storage system, rather than reverse osmosis.

The choice was based on the country’s unstable water supply for the power plants, in terms of salt and other contaminant content, and reverse osmosis systems could have a significant down-time and require constant maintenance to keep them functioning properly. Since the gas-rich nation lacks sufficient water reserves, the pilot project will need to demonstrate that water supply can be steady and reliable. Eventually, and once water reserves are guaranteed, Qatar may consider the use of reverse osmosis.

By the end of November, QEERI will be signing an MoU with CIEMAT, a Spanish energy research centre with the largest solar laboratory in the world, to make use of their experience and knowledge. “Our first task is to find the terrain to install this and to do the proper measurement, tuning, and optimisation”, Mokhtar Chmeissani, an instrumentation expert at QEERI told Gulf Times.

In the next twelve months, solar and desalination equipment is expected to arrive in Qatar to be assembled and operated. As for now, the Institute’s main objective is to determine the most suitable location where air quality is optimal for solar energy capture, as poor air-conditions can scatter the light meant to be caught by the CSP mirror troughs.

Chmeissani noted that the challenge lies in ‘doing it right’. “Any company will be happy to take money and spread their mirrors in the desert, but the question is: what will be the up-time of these things once operational?”

He was referring to mistakes encountered with the Shams 1 project in Abu Dhabi, where plans to build a 100MW plant were postponed for a year due to incorrect estimates of Direct Normal Irradiance in the selected location; an error that would have resulted in a 12.5% efficiency loss.

In pursuit of meeting drinking and agriculture water needs, Saudi Arabia plans to build a desalination unit powered by solar thermal energy, as well as a solar hydrogen production plant. Both projects will be developed by the King Abdulaziz City for Science and Technology.

The kingdom’s largest industrial entities, including Sabic, Saudi Aramco, and Saudi Telecom Company are also initiating solar projects. According to Nikolai Dobrott of Germany’s Apricum, Saudi Arabia has the biggest solar potential in the region – possibly a 3.5GW market by 2015. The kingdom is expected to unveil a national renewable energy law before the end of the year, which will provide a framework for solar energy development and clarify its incorporation in the country’s energy mix.

Neighbouring Kuwait is similarly struggling to keep up with energy demand. The country’s electricity consumption this summer reached 99% of installed capacity, prompting the government to start planning for a 220MW combined-cycle gas power plant, enhanced with solar radiation to generate another 60MW. The project will be located at Abdaliyah, southwest of the capital.

Five months into the commencement of Kuraymat, production at Egypt’s first major solar-thermal power has exceeded expectations. Based on parabolic trough technology, the plant was developed by Solar Millennium, and has been generating nearly 8% more energy than estimated, according to the German developer. In addition to solar the plant uses natural gas, supplying round-the-clock energy to almost 2 million people.

Other projects on Egypt’s roadmap are the World Bank-supported 100MW Kom Ombo CSP plant and the 100-250MW TAQA CSP plant that was given a USTDA grant for a feasibility study in 2010. In addition, Egypt’s Lotus Solar Technologies is raising finance for a 1-5MW demo CSP plant at the Red Sea.

Incentives in the pipeline

Feed-in-Tariffs (FiTs) are currently a hot topic in Egypt’s solar arena, and some experts say that it’s taking longer than it should. “Up until last year, only a few people knew what FiTs were, and these people kept repeating that it was under serious study for future implementation”, explains Amr Mohsen, founder of Lotus Solar Technologies and Halawest Shamsena solar initiative.

Mohsen adds that throughout 2011, every energy meeting saw the subject being raised, with many offering opinions and the officials amongst them reassuringly promising that “it is coming soon”. In reality, he says, the government is procrastinating, claiming “they are unable to gauge the situation in order to figure out what the right FiT price should be”.

As for incentives, in an interview with Al Masry AlYoum, Dii CEO Paul Van Son said that Egypt's Minister of Electricity and Energy, Hassan Younis, confirmed the abolishment of taxes on renewable equipment just two weeks ago. He also said that Younis will present to the prime minister next week a ministerial decree offering land free of charge for renewable energy projects; a preferential rate for buying renewable energy; and sovereign guarantees to anyone investing in renewable energy. Although the policies are still in progress, they are at last moving.

Elsewhere in North Africa, Morocco has received the World Bank’s approval for US$297 million in loans to help finance the 500MW Ouarzazate CSP plant project; which will be amongst the largest in the world when completed. The project is part of Morocco’s plan to deploy 2GW of solar power capacity by 2020. Two other projects are also under study for Tunisia and Algeria within Dii’s first phase, to take place between 2011 and 2020.

According to calculations by the Trans-Mediterranean Renewable Energy Cooperation, an area less than 0.3% of the Sahara Desert filled with CSP plants could power Europe, the Middle East and North Africa, and could slash the EU's electricity-generated greenhouse gas emissions by 70% in the process.