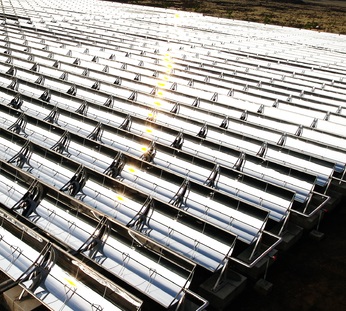 Spain's Sener and Acciona were lead engineering procurement contractors (EPCs) for the project, located in a 450-hectare site in the Northern Cape province.

Construction began in May 2016 following the signing of a 20-year power purchase agreement (PPA) with state utility Eskom.

A key challenge for the Kathu project was the hiring of workers from local communities to fulfil domestic content commitments.

Local content on the project was estimated at around 42.5%, Cedric Faye, CEO of Kathu Solar Park at Engie, told the Africa New Energy conference in March 2017.

The developer faced a number of unexpected demands from local business groups and implemented new contracts and training methods to ensure the project met its construction targets, Faye said. 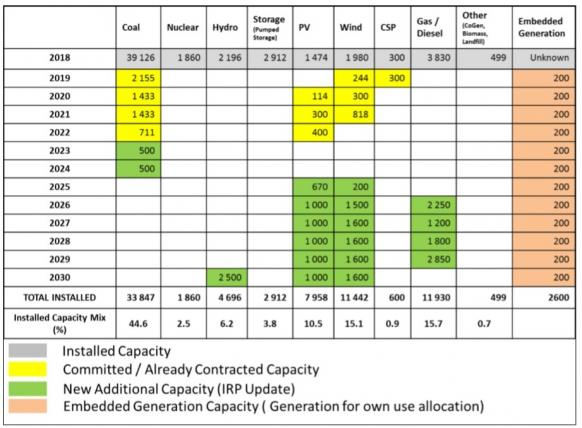 "Kathu with its molten salt storage design offers a clean solution to overcome the intermittency of renewable energies," Isabelle Kocher, CEO of Engie, said in a statement.

"We are proud to contribute to the country's renewable energy goals, and look forward to continuing the projects initiated with local communities making Kathu a genuine driver of regional economic development,” Kocher said.

PG&E filed for Chapter 11 bankruptcy protection on January 29 after several recent deadly wildfires left it with billions of dollars of potential liabilities.

After PG&E announced it would file for bankruptcy protection, Fitch Ratings downgraded its long-term issuer default ratings of PG&E to C from BBB-, according to reports. Fitch then downgraded the credit rating of Genesis Solar's $140.4 million of series B trust certificates due 2038, from BBB- to C.

The potential removal of the plant’s power purchase agreement (PPA) with PG&E “would weaken the project's financial profile, and in a merchant scenario its cash flows would likely be inadequate to repay the debt,” Fitch said.

The agency affirmed the AAA and stable outlook on Genesis Solar's $561.6 million of series A trust certificates, which are guaranteed by the US federal government.

On February 1, the U.S. Bankruptcy Court for the Northern District of California granted PG&E interim approval to access up to $1.5 billion of its $5.5 billion in debtor-in-possession financing which will fund "essential maintenance and continued investments in safety and reliability," PG&E said.

"The Court's approval of these motions is a positive step forward that will enable PG&E to continue providing safe and reliable natural gas and electric service to our millions of customers," John Simon, PG&E's Interim CEO, said.

"In addition, with access to new financing, we have the necessary capital to continue investing in system safety and ensure essential maintenance as we move through this process," Simon said.