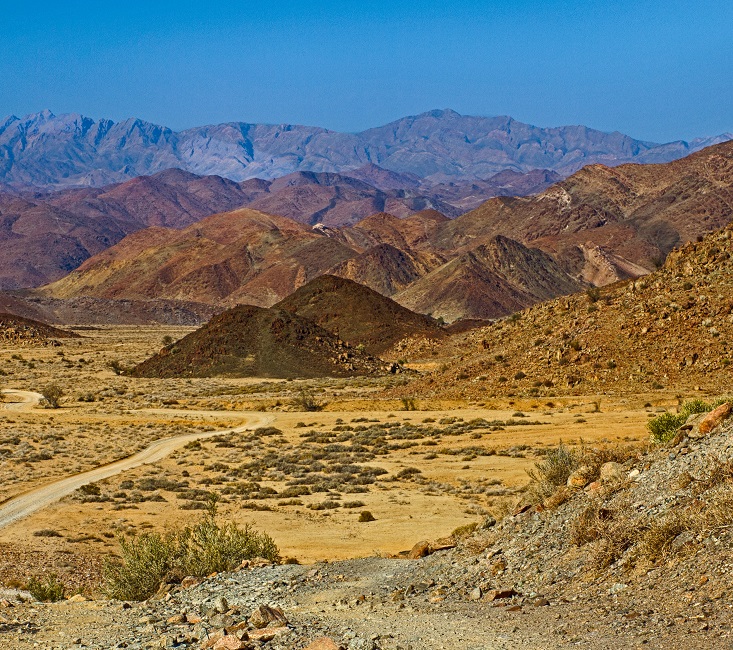 The sun-drenched Northern Cape province has been the focal point for CSP developers. (Image credit: Geoffsp)

The Engie consortium began construction of the 100 MW Kathu Solar Park project in May 2016, after the group signed a 20-year Power Purchase Agreement (PPA) with state utility Eskom.

Local content on the project is estimated at around 42.5% and employment numbers are expected to peak this year, with 1,200 workers currently on site, Faye told the Africa New Energy 2017 conference on March 8.

The developer has committed to hiring workers from local communities during construction and operations and has faced a number of unexpected demands from local business groups. New contracts and training methods are being put in place to ensure the project meets its construction targets, Faye said.

"This year is a tough year-we have a lot of work to do...commissioning is scheduled for next year, [in] September," he said.

The Kathu plant is being built on a 450-hectare site in the Northern Cape, where Direct Normal Irradiance measures some 2,715 KWh/m2/year.

A number of key construction milestones will be reached this year, including the installation of an 8-km transmission line which is now expected ahead of schedule, Faye said.

"The transmission line was expected in October, but we will have an advance- it will be achieved in July and August," he said.

The entire site has been fully cleared, much of the foundation work is in place, and nearly half of the solar fields have been piled, Faye said.

"The steam turbine foundation (now) is nearly finished...we are going to erect our first SCAs [solar collector assemblies] next month," he said.

The switching station is also near completion and the remaining equipment is to be delivered by April, he said.

A key challenge for the Kathu project has been the hiring of workers from local communities, to fulfil project commitments and ensure technical expertise remains in the area.

There are more than 250,000 residents in the local municipality of John Taolo Gaetsewe (JTG). A general downturn in regional mining activity has exacerbated youth unemployment and local towns compete for project involvement.

Shortly after the developer issued a Notice to Proceed, workers from local business groups gathered at the site gate and demanded the project set aside “30% of contract value" for their firms, Faye said.

"We discovered stakeholders that we were not aware of and we have to deal with it," he said.

Following three days of worker action at the site gate and numerous meetings with local authorities and business groups, the developer agreed to assign 100 million rand of contracts to the represented local firms.

The developer and its EPC partners are currently defining work packages and adapting HSE and financial terms for these firms, Faye said.

"We have to adapt, and the EPC has to adapt its purchase policy...this is something that we must be proactive [on]- we must help them to succeed," he said.

The companies are currently building a central training program which will then be used to train workers on site. The program will provide qualifications for solar field operators, power block operators and plant process controllers and the first training sessions are due to start in the third quarter of this year.

"Our target population is to have workers from every company gather and be trained in one place....so that we can have trained operators that we can hire later to give the training on-site, for each plant and with a non-poaching agreement," Faye said.

"We must employ Northern Cape people and especially for Kathu, people from the JTG district...because if they are from the area they will stay in the area.”