Government and investors are working hard to increase the competitiveness of wind and solar projects in one of the world's fastest-growing renewable energy markets, official representatives said at the CSP Today South Africa 2016 conference on June 8. 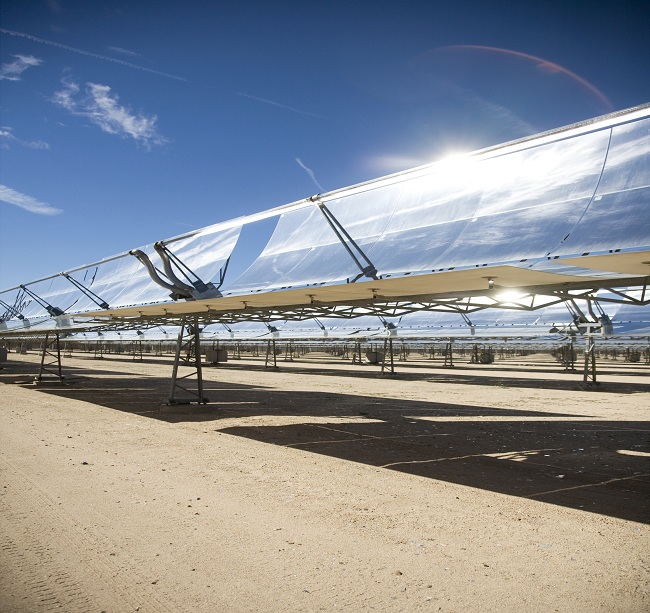 The REIPPPP has thus far procured 3.4 GW of wind, 2.4 GW of PV and 400 MW of CSP capacity and has attracted 193 billion rand ($13 billion) of private sector investments.

The South African government is working hard to process the high number of applications for environmental authorisations and expedite projects through the regulatory process, Muhammad Essop, Assistant Director - Strategic Infrastructure Developments at the Department of Environmental Affairs, told conference attendees.

The Department of Environmental Affairs has issued approximately 1,100 environmental authorisations for power projects, with around 450 for PV projects and 120 for wind, Essop said.

The government is working with technology developers to improve its understanding of proposed projects and make more educated decisions in the application process, Essop said.

The state is also taking a reasoned approach to the rules set out in the renewable energy program, Essop said. For example, the Department of Environmental Affairs has not required wind power developers to provide complete financial details of supply arrangements in order to gain authorisations, as it is conscious this could drive up early-stage costs for the applicants, he said.

Essop urged developers to make their applications according to the very latest regulations as many developers continue to refer to older regulatory terms.

Firms must also meet deadlines set out in the REIPPPP guidelines to avoid re-submission and subsequent higher costs, he said.

"We regard [South Africa] as the fourth most attractive market in the world for renewable investment today, certainly one of the leaders in CSP specifically," said Marc Immerman, Executive at Lereko Metier, a private equity investor in sustainable projects. Lereko Metier has already secured seven renewable energy transactions in South Africa and was a member of the development consortium on the recently-commissioned 50 MW Bokpoort CSP plant.

Around two thirds of South African renewable energy investment has been debt-financed, and this shows the high level of investor interest in the sector, Siyanda Mflathelwa, an investment and infrastructure banking specialist at Rand Merchant Bank (RMB), said.

The REIPPPP has provided a framework of "legislative certainty" which has attracted foreign and domestic investment and enabled project development in South Africa, she said.

The five large South African commercial banks – Standard, Nedbank, ABSA, RMB and Investec –dominated REIPPPP lending in the first three REIPPP rounds, according to a joint study in 2014 by World Bank Institute, the Private Infrastructure Development Group and the University of Cape Town.

"The South African banking market is certainly open for business with regards to renewables," Mflathelwa said.

Competition has increased between lenders as well as developers and banks have used their expertise to develop innovative financing structures to support new technologies, she added.

Tariff bids have fallen to levels which make them competitive with fossil fuel generation and this has alleviated concerns over whether South Africa can continue to offer subsidies for new power generation projects, Immerman noted.

"It's no longer a subsidy business," he said.

Bid prices have fallen sharply since the REIPPPP was launched in 2011. In particular, average prices for South African solar PV projects have fallen from 3.44 rand/kWh ($0.23/kWh) in the first round of the REIPPPP, to 0.85 rand/kWh in rounds held in 2015.

Immerman said project bid prices are unlikely to fall at such sharp rates in upcoming bidding rounds, given South Africa's country risk profile and inflation risks and the impact that aggressive growth strategies have had on major solar firms Sunedison and Abengoa.

Project stakeholders must make sure the economics of projects are sustainable and deliverable, he said.

"I think the market has become a little bit too aggressive in relation to bidding strategy...I hope there's a bit of normalcy that does come to the market, and it either sees a stabilisation of the tariffs or even a slight uplift," he said.

Energy efficiency, growing distributed generation, lower than expected GDP growth and a shift towards service industries is set to impact long-term power demand, Tilden Hellyer, energy and environment consultant at Frost and Sullivan, told attendees. Forecasts have changed since the government's IRP 2010 plan was announced, and more dynamic modelling is required, he said.

"A live, up to date, changing model is something we need to do --we can't set forecasts, then use those forecast for five consecutive years and then change them again," he said.

Mflathelwa said lenders and developers will require further visibility on the government's procurement plans, in particular relative to the impact of GDP growth on power demand.

If this visibility is provided, the South African banking market "will continue to have the appetite for renewable energy projects," Mflathelwa said.