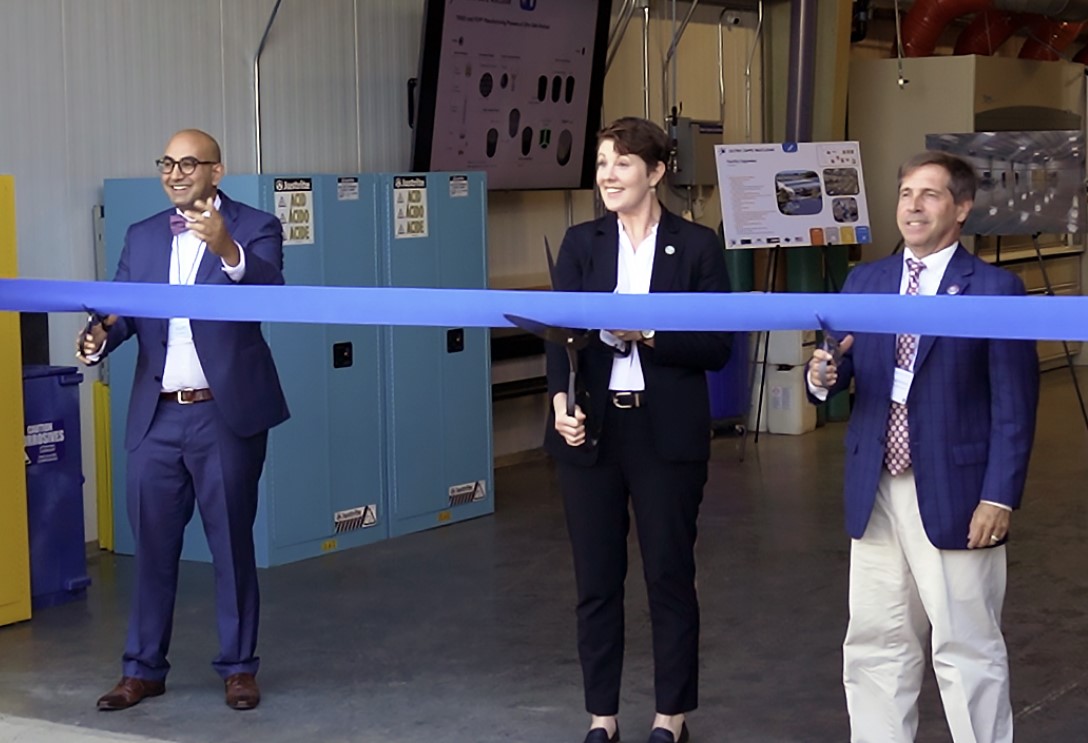 The facility will produce the first fuel for testing and qualification for use in the USNC’s advanced Micro Modular Reactor (MMR) Energy System and will leverage the region’s specialized workforce.

“Advanced nuclear fuel technologies are essential to bringing next generation nuclear energy to the market and will allow us to meet our future clean energy needs,” said Congressman Chuck Fleischmann who attended the facility's opening ceremony.

The facility is capable of producing FCM for testing and qualification in quantities of multiples of kilograms, it said.

“It’s great to get PFM up and running here in Oak Ridge, which has a uniquely qualified nuclear workforce and contractor community,” said executive vice president of Ultra Safe Nuclear Kurt Terrani.

Oak Ridge National Laboratory is one of the U.S. Department of Energy’s leading science and energy research facilities and is home to the Fusion and Fission Energy and Science Directorate (FFESD) which conducts advanced nuclear research, development, and deployment.

Dutch company Thorizon said it has raised 12.5 million euros ($12.5 million) for the development of its Thorium molten salt reactor which will use used nuclear waste and the metal Thorium as fuel.

Thorizon, a spin-off from the Nuclear Research and Consultancy Group (NRG), will use the investment to conduct tests and research on its reactor to complete the design of a first prototype, it said in a press release to announce the investment.

The Dutch company aims to realize its first reactor system before 2035.

The reactor will be developed in collaboration with French nuclear recycling company Orano, NRG, which produces medical isotopes and operates nuclear research infrastructure, and EPZ, the operator of the Borssele nuclear plant, it said.

“What started as a good idea several years ago has developed into a very promising reactor design, we are very happy with the confidence of our investors and partners,” said Thorizon founder Lucas Pool.

Finnish-led consortium Fennovoima said it has initiated several arbitrations and proceedings against various Rosatom entities to claim compensation for damages after delays and an inability to deliver a Engineering, Procurement, and Construction (EPC) contract to construct a nuclear power station in the country.

In early May, the Finnish group announced it had terminated the EPC contract of plant delivery with RAOS Project and the agreement with Rosaton subsidiary TVEL for delivery of nuclear fuel.

By the end of the month, Fennovoima had also withdrawn the Hanhikivi 1 nuclear power plant Construction License Application.

The company cited increased risks and delays due to the war in Ukraine.

Fennovoima, which has initiated negotiations for its entire staff which will reduce headcount to less than 10 from 356 employees this year, has claims against the Russian subsidiaries amounting to almost 2 billion euros.

So far, no arbitration proceedings have been initiated against Fennovoima as a consequence of the termination of the EPC Contract, the company said.

The proposal comes ahead of Diablo Canyon’s planned retirement of its two reactors in 2024 and 2025 and as the U.S. state struggles to reduce carbon emissions while suffering rolling blackouts during 2020.

California aims to produce all its energy from carbon-free sources by 2045.

"The Governor supports keeping all options on the table as we build out our plan to ensure reliable energy this summer and beyond," a spokesperson in his office told Reuters.

"This includes considering a limited term extension of the Diablo Canyon Power Plant (DCPP), which continues to be an important resource as we transition away from fossil fuel generation to greater amounts of clean energy."

Diablo Canyon supplies some 17% of the state’s zero-carbon electricity supply.