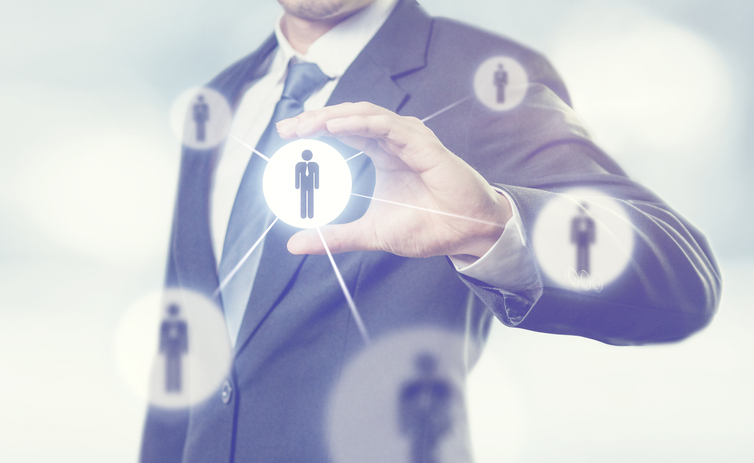 In our previous post on Insurer Priorities, we explored where carriers are focusing their money, time, staff and training resources in their bid to stay relevant and competitive in today's fast-moving insurance market. Today we are continuing that theme, examining some key bellwethers for the general health and future direction of the traditional industry:

This selection of statistics is drawn from the extensive survey we conducted as part of our Trend Map. If you'd like to see a full breakdown of our survey respondents and details of our methodology, then please download the full Trend Map here.

It’s one thing to talk about general industry challenges (post #1) and priorities (post #3) as we have done in previous posts in this series, but it is often the case that people’s money is not where their mouth is. To provide some clarity here, we asked Insurers & Reinsurers where they are planning to use third-party services, selecting from a shortlist of 15 priority areas.

Insurers are seeking services in #Digital #Innovation #Analytics #IoT! Get your full copy of the #InsuranceMap here: https://t.co/QH8z3aYH7y pic.twitter.com/A6cCutULuD

The three most sought-after services among Insurers & Reinsurers globally were, respectively, Digital Innovation (cited by 59% of respondents), Analytics (47%) and Internet of Things (34%). The high percentage of respondents seeking digital and analytics services is hardly a surprise given that these were two of the top three global priorities for our Insurer & Reinsurer respondents, as we saw in our previous post on Insurer Priorities.

The presence of Internet of Things in the top three is more noteworthy. In our previous post, we found IoT ranked 11th out of 15 on our the global priorities list, yet here it appears to be one of the most sought-after areas for third-party services. Unsurprisingly, and consistent again with our previous post on priorities, Investment Management is the least in-demand area for services.

"The importance carriers are attaching to Analytics, Digital and IoT is demonstrated by the numbers that are seeking third-party services in these areas."

We asked our Insurer & Reinsurer respondents to indicate qualitatively, on a sliding scale, how much they expected investment to change in each of the priority/service areas we have been considering.

Respondents saw investment increasing in almost all areas, which may indicate a bias towards bullishness. That said, the order of the different service areas should be a fair indication of which ones are most likely to attract whatever additional budget is available.

In addition to being the key areas carriers are currently seeking services in, Digital Innovation and Analytics are also due the largest increases in investment. Investment in IoT (3rd place among services sought) shows minimal increase. So, putting our two measures together, it would appear that Digital Innovation and Analytics are attracting large and increasing investment from Insurers & Reinsurers, whereas Internet of Things is attracting large and steady investment.

As we saw in our first chart (under Service-Area Round-Up), Product Development was a relatively unimportant category when considering global demand for third-party services, with only 19% of carriers seeking services in this area – nonetheless, in the table above it displays one of the highest increases in investment (4th place overall), suggesting that it may become a more significant category in the future.

The declining importance of Investment Management is most likely a reflection of globally low interest rates – this side of the insurance business, having become less lucrative, looks set to attract less spending on services.

"Insurers will invest in those areas that will support growth and differentiation or operational efficiency through innovation. These will range from delivering end-to-end innovative digital products to re-inventing the insurance value chain at the front end. A lot of these capabilities though rely on underwriting to achieve optimum results."

A key proxy for growth in any technology or business area is the creation of new job roles relating to it. This is a useful measure for determining – beyond idle talk – which areas are genuine priorities or concerns for an industry.

Based on our broader research, Insurance Nexus drew up a shortlist of emerging job roles within insurance companies, and asked Insurer and Reinsurer respondents to indicate whether these had recently been – or were soon due to be – created at their company.

Chief Customer or Chief Data Officer: who's new on the insurance block? Access your copy of the #InsuranceMap here: https://t.co/QH8z3aYH7y pic.twitter.com/wGStbg3qN6

The results reflect the recent spike in importance of information security, which has doubtless been fuelled by a series of high-profile cybersecurity incidents involving insurers, such as last summer’s data breach at US-based Banner Health, in which as many as 3.7 million customers had personal data stolen. Thus, Chief Information Security Officer scores the highest out of the roles we considered in all the geographies we assessed (Europe, North America and Asia-Pac).

Comparing across regions we see that Chief Customer Officer assumes a higher relative importance in Asia-Pacific. As we noted in our earlier post Insurance Map #2: Insurtech Perspectives, the real or perceived threat from new market entrants and disruptors was deemed highest in Asia-Pacific, and we speculated that this might be due to a larger proportion of the population being un- or underinsured, lacking ties to the traditional insurance model and thus representing an appetising target for dynamic new players aiming to cut traditional carriers out. If this is true, it makes perfect sense for insurers in Asia-Pacific to place a special emphasis – including a whole new job role – on the customer.

Sometimes the relative prominence of different job roles may reflect variations in naming conventions rather than real differences on the ground...

For example, we see that Chief Digital Officer is relatively insignificant in North America compared to Europe and Asia-Pacific. On the other hand though, these two regions both trail North America when it comes to the recent or forthcoming appointment of the Chief Analytics Officer role. We know from the stats we have already presented in our previous posts, covering everything from challenges and priorities to investment and spending, that analytics and digital are both highly important in all three of these regions, so this disparity (with the job roles) is probably no more than apparent.

"Marketing/sales, human resources, underwriting, finance and claims are all being impacted by the growing focus on analytics. New roles are rapidly emerging — from a Chief Analytics Officer to Data Scientists and Engineers."

We asked our carrier respondents to name any other significant roles of recent creation that we had missed. Our most significant omissions were, in no particular order:

Emerging job roles fall, it would appear, into one of two camps. We see that holistic strategy roles (also framed in terms of ‘transformation’ and ‘customer-centricity’) are becoming more and more important; indeed, one respondent lamented the lack of a ‘Thought Leadership Officer’ position. Then we have roles related to specific emerging technologies, such as Blockchain – and we can expect the same with machine learning and AI.

This spectrum reflects a major issue insurers are likely to face from a staffing and organisational-structure perspective: complex emerging technologies invite and often outright require specialisation, yet the dependencies between divisions, technologies and initiatives within carriers become larger and larger every year.

The ability to strike the right balance between these two camps – deep technical expertise on the one hand and a capacity to conceive and coordinate the ‘big picture’ on the other – will be one of the key factors that separate the insurance wheat from the insurance chaff over the coming years.

This concludes our exploration of the Global Trends. Tune in next time as we break into the Trend Map's eleven Key Themes, bringing you stats and perspectives on:

We kick off with Insurance Nexus Global Trend Map #5: Analytics and AI. If you'd like to access all 11 Key Themes straight away though, simply download the full Trend Map whenever you like (it's free!).