How can you compete with Amazon? 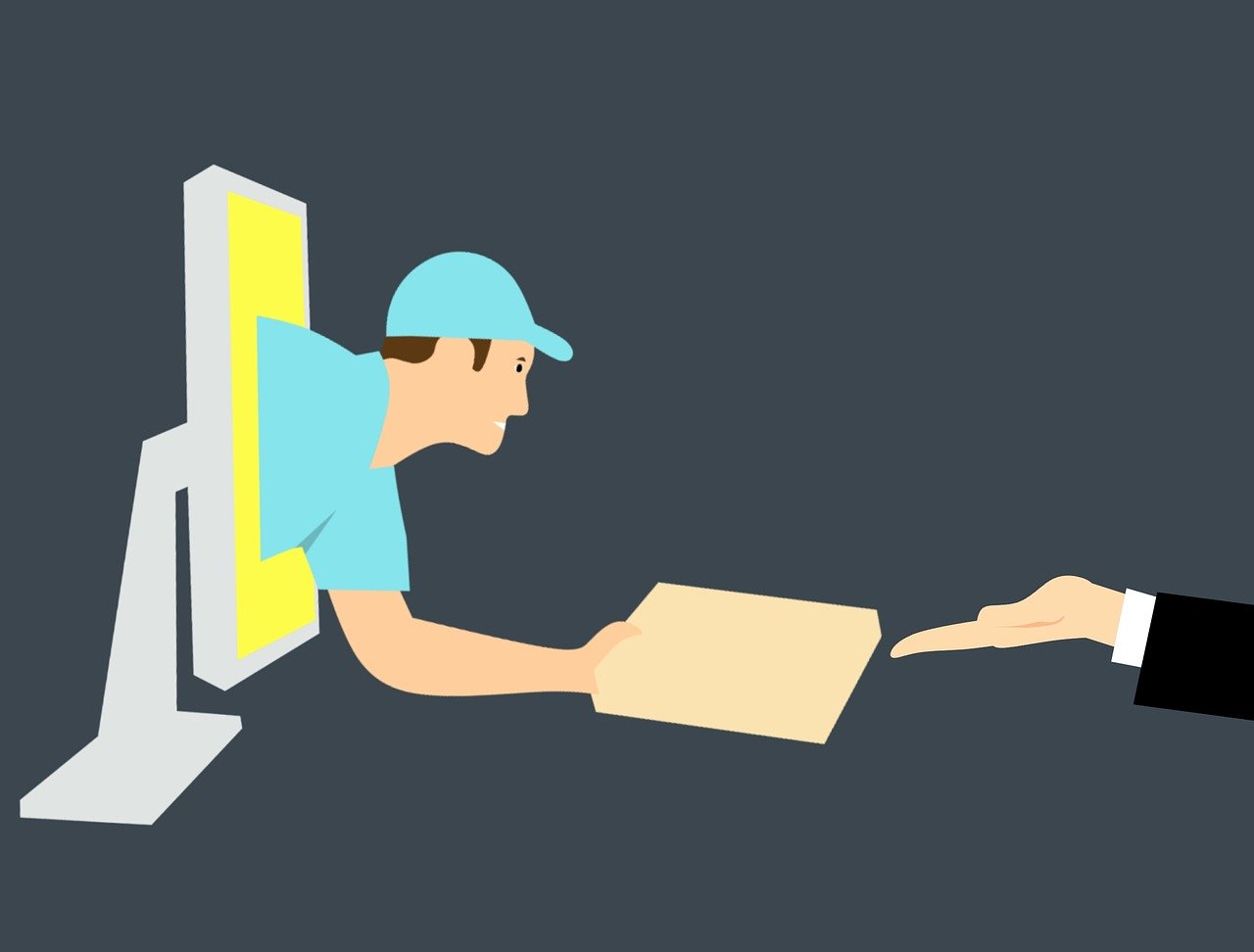 If you think e-commerce, chances are you think Amazon. That is with good reason, as the trillion-dollar behemoth has been a trailblazer in the sector, able to control huge market share in multiple countries. Though it is a company whose mere move into a space can cause perceived competitors to lose millions or even billions in market cap, there are plenty who aren’t intimidated and are instead carving out their own space in the e-commerce market. So, what are they getting right that’s allowing them to compete with this most voracious of rivals?

We talked to German-based Zalando and Japanese e-commerce giant Rakuten to understand what it takes, where they are investing, and what strategies are allowing them to become major players in their regions.

One thing that Amazon knows, and Rakuten and fashion retailer Zalando recognise, is that scale and coverage matter.

In Japan, Rakuten has established a network of automated, labour-efficient fulfilment centres

When asked about what allowed their logistics operations to succeed, both Noriaki Komori, Rakuten Group Executive Officer and Vice President of the Logistics Business, and Carl-Friedrich zu Knyphausen, Director Logistics Development for Zalando, were quick to mention their distribution networks and well-positioned fulfilment centres as being critical.

“In Japan, Rakuten has established a network of automated, labour-efficient fulfillment centres,” explains Komori, extending to “eight fulfilment centres in seven locations across the country (one of which is planned to start operations this year),” and “plans to expand that number by building three additional fulfilment centres by 2023.”

While Japan’s population density and highly-developed infrastructure allows Rakuten to operate out of what may seem a relatively small number of fulfilment centres, each one is still a considerable investment, particularly with the high cost of land and construction in the country. Therefore, Rakuten has had to maximise its investment. For example, the new facility Rakuten uses in Yamato City is quite different to a logistics facility in the US. It sits deep within the 35-million-inhabitant urban sprawl of the Greater Tokyo Area, in a heavily built-up area, and has a far smaller footprint than a typical Amazon fulfilment centre. However, through its more vertical approach, covering five floors above ground, it still sits near the standard total floor area of those of its Western rival, at 95,000 m2 (a little over 1 million sq ft).

These facilities will be critical in meeting expanded demand. The company has been given a turbocharged boost by the recent pandemic, seeing online penetration into markets where Japanese consumers were previously reluctant to rely on e-commerce, often preferring shopping in-person. For example, just 2.5% of total grocery sales in the country were online before the pandemic, according to a Reuters report, compared with 7% in Britain and 15% in China, but that has since doubled, and is likely a driving force behind Rakuten’s increased investment in Seiyu supermarkets.

Similarly, Zalando’s zu Knyphausen is trying to keep up with explosive growth, both from a sales and a logistics perspective. In just the first quarter of 2021, the Gross Merchandise Volume (GMV) shifted by the company jumped by around 50%, it said in an earnings expectation release.

“Currently we have 10 fulfilment centres and will add five fulfilment centres to the existing network by 2023,” which will be key, especially as they “just recently announced our launch in eight new markets in 2021 and 2022 (Croatia, Estonia, Latvia, Lithuania, Slovakia and Slovenia in 2021, Hungary and Romania in 2022),” he reveals. “This means, up from June 2, we are present in 20 markets all over Europe.”

However, like Rakuten, they are focusing first on large-scale facilities close to their key markets and well-developed transport links. “Two centres in Rotterdam and Madrid are close to completion and will go live in 2021” notes zu Knyphausen, and “construction works on three new fulfilment centres in France, Germany, and Poland will kick off in the next twelve months.”

Rakuten will join together with our partners Japan Post, the postal service of Japan, to establish a new joint venture

However, Rakuten doesn’t want to stop at its own network, and Komori told us that next month “Rakuten will join together with our partners Japan Post, the postal service of Japan, to establish a new joint venture entitled JP Rakuten Logistics, Inc.” where “Rakuten will bring to the table its network of automated, labour-efficient fulfilment centres it has built up over the years, and integrate them with Japan Post's nationwide delivery network.”

With this, he sees complete nationwide coverage for the e-commerce operation through their network alongside Japan Post’s 24,000 post offices across the country, and a “Seamless, more efficient logistics network that utilises shared logistics centres and shared delivery and pick-up systems.”

It isn’t enough to just have facilities distributed around your core markets in order to compete in the modern e-commerce age, however. Consumer expectations of speedy fulfilment and cutthroat pricing competition means every single one has to be efficient, and both companies told us that automation is a vital investment angle.

As noted above, Rakuten has already had to be innovative in its warehouse construction and layout to work in a Japanese context, and that extends to the interior operations, with robots being heavily employed in picking.

The TORU robots are equipped with intelligent camera technology, which allows them to identify and locate the correct item on the shelf, lift it with its suction pad, and stow it in its backpack before driving it to the transfer station

Likewise, zu Knyphausen explains that Zalando “Work with proven technologies like conveyor systems, bagsorters and shuttles. We also test new technologies such as stow-and-pick robots named TORU that [have worked] together with logistics employees since 2018. The TORU robots are equipped with intelligent camera technology, which allows them to identify and locate the correct item on the shelf, lift it with its suction pad, and stow it in its backpack before driving it to the transfer station. This reduces some of the more difficult tasks for employees, as it’s able to reach very high or very low places.”

With automated technology, we can reduce throughput times on the one hand, and react more flexibly to the availability of our workforce on the other

He believes these kind of “Monotonous activities can be supported or taken over by robots,” so that “with automated technology, we can reduce throughput times on the one hand, and react more flexibly to the availability of our workforce on the other.

“We are therefore concentrating on outbound processes when it comes to automation” he continues. “Here, we can create advantages such as shorter processing times for articles after they have been ordered in the online store. We believe in the combination of people and automation in everyday work.”

Automation platform software ... can make its data available for other applications and it can, for example, be used by another system to steer a robot

Looking further out they “See great potential in automation platform software in that it enables open systems and interfaces. This means that the software can make its data available for other applications and it can, for example, be used by another system to steer a robot.” Ultimately, they hope to see an automated network, where “different robot systems will call services via the automation platform software and thus execute orders.”

One area where costs really eat into an e-commerce operation is returns. Here also Zalando are finding a technological approach can give an important edge in fighting back against unnecessary costs.

We aim to reduce the number of unnecessary returns

“We aim to reduce the number of unnecessary returns … because an item has the wrong size or because the product’s look and feel differs from how it was presented in our online shop,” says zu Knyphausen. “That’s why we put a lot of effort into detailed product descriptions and experiment with product videos, partial-body views, 360° views, fitting tools, and size recommendations. We employ a dedicated team to improve our size recommendations with data from previous customer purchases and data collected with the help of so-called fitting models.”

That data has also informed machine learning algorithms “To ensure that products in the Zalando store are flagged if their size deviates from the norm, so that customers get the right fit the first time they order.”

This has all helped to cut down significantly on bottom-line-shredding returns. Zalando said that average order size after returns had risen to 57.70 euros in the fourth quarter of 2020, up from 56.60 euros a year earlier, and had consistently improved across the year.

zu Knyphausen notes that the applications of AI extend further than aspects around customer service and returns, explaining to us that it helps to “Optimise our logistics processes, from calculating the best item collection route our employees can take, to forecasting delivery times. Also, AI provides realistic options of delivery windows,” further reducing those costs typically associated with e-commerce.

Gearing up for more growth

While there is no single silver bullet to making it work at scale in the e-commerce environment, there are lessons to be taken as both companies have both established themselves in a competitive space, and also have prodigious growth plans.

Those with ambitions of succeeding as e-commerce players need to be making smart investments into their facilities and achieving a level of coverage that allows rapid fulfilment in core markets, as well as returns handling. However, they need to do so in a way doesn’t break the bank.

Making that formula add up means that each fulfilment centre needs to be positioned correctly and efficiently using its space and staff to maximise throughput. Further competitive edge can be found at the customer-facing end to create a closed loop of planning to account for returns volume, and reduce it where possible, thus cutting the logistical burden.

Automation, analytics and partnerships are all also vital supports in building this capacity, and both companies are looking to embrace these fully as they gear up for even more growth in 2021.