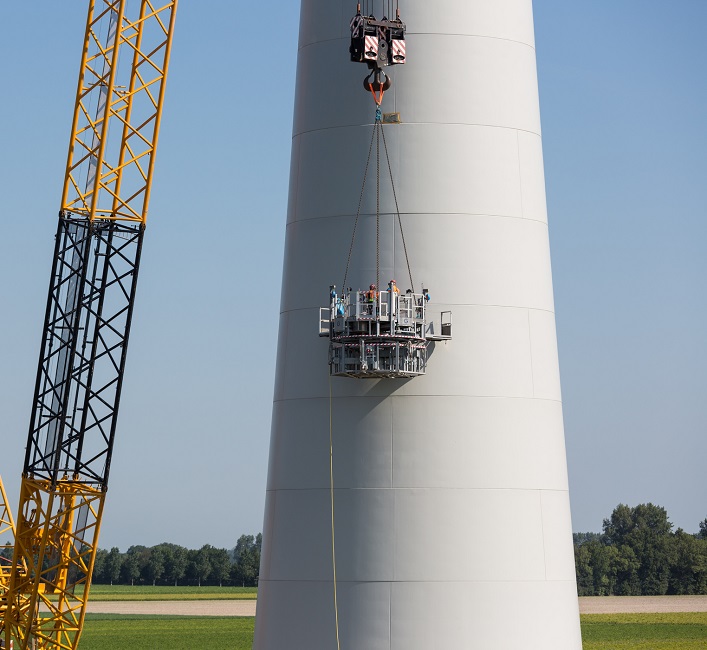 The phasing out of the U.S. federal production tax credit (PTC) is set to profoundly impact wind industry spending and employment trends. The 10-year PTC is set at $23/MWh for projects completed by 2020, then falls by 20% per year. U.S. installations are forecast to peak at around 13 GW in 2020 and fall to around 6 GW in 2021-2028, according to data from the U.S. Department of Energy (DOE), gathered from multiple forecasters.

U.S. wind capital spending is set to surge from $12 billion in 2018 to an average $14 billion per year in 2019-2021 as developers race to meet PTC deadlines, research group IHS Markit said in its recent '2019 Wind Power Plant Benchmarking in North America' report.

This installation surge will drive growth in operations and maintenance (O&M) spending during the 2020s as capital spending slows, IHS Markit said.

“There is going to be shifting in priorities from building as much as possible to optimizing these projects," Max Cohen, associate director in IHS Markit's renewable power division, told New Energy Update.

IHS Markit predicts a transition in employment opportunities from construction to O&M jobs in the “early 2020s.” Wind O&M employment in North America will rise from 6,000 in 2019 to 9,000 by 2030 and total wind jobs will climb, it said.

The U.S. Department of Labor is similarly bullish, predicting a 57% growth in wind service technician jobs by 2028, making it the fastest growing profession.

Key concerns for workers are the geographic spread and the required skills base of new job openings.

O&M spending and employment growth is expected to be highest in the Great Plains and upper Midwestern states, such as Iowa, Oklahoma, Kansas, Illinois, Colorado and Minnesota, where installations have soared, IHS Markit said. 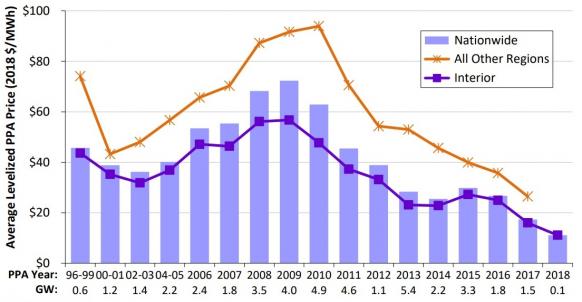 This regional buildout has also hiked O&M efficiency as operators have leveraged local spare parts, equipment and labor resources. Unplanned failures can cost up to $30,000 per turbine per year and spare parts and logistics costs represent around 50% of direct costs, Wood Mackenzie said in a recent report.

As build rates decline in the 2020s, manufacturers may reorient supply chain resources towards the spare parts market, McNulty said.

This could result in more local warehouses and supply networks for faster spare parts distribution, he said.

Many operators have chosen to repower operational turbines with newer, higher performance models to boost output and extend PTC support.

GE Renewable Energy, Vestas and Siemens Gamesa have repowered almost 5 GW of U.S. capacity since 2017 and plan more than 4 GW more by the end of next year.

The shrinking PTC window is spurring many operators to repower assets half-way through their provisional 20-year lifespans. 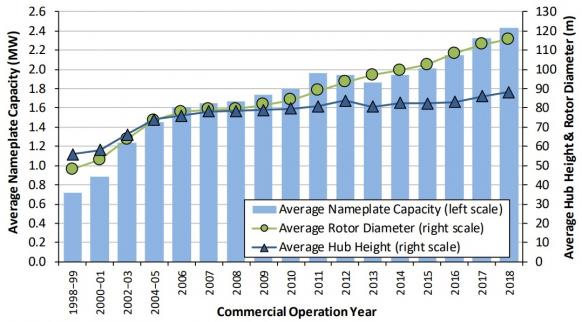 “As the new generation of 5X MW onshore wind turbines are made available by manufacturers like Nordex, developers will have opportunities to either repower existing projects or develop in areas with a high demand for power but lower wind resource,” Jakubiak said.

Drone inspections will become more valuable as turbine capacities grow. GE's latest 5.3 MW onshore wind turbine boasts 77 m blades and hub heights of up to 161 m. Manual inspection and diagnostics of such behemoths can take hundreds of man hours and operators can cut costs dramatically by using one operator and a high-definition drone.

"The adoption of new technology to assist in wind operations has been dramatic," McNulty said.

"Employment in wind O&M will still go up overall, but the kinds of skills required could change over time," he said.

"There could be more need for data analysts," McNulty said.

"These could be located anywhere, probably a corporate headquarters or perhaps a remote operations center."