US wind suppliers in transport grab as bottleneck looms 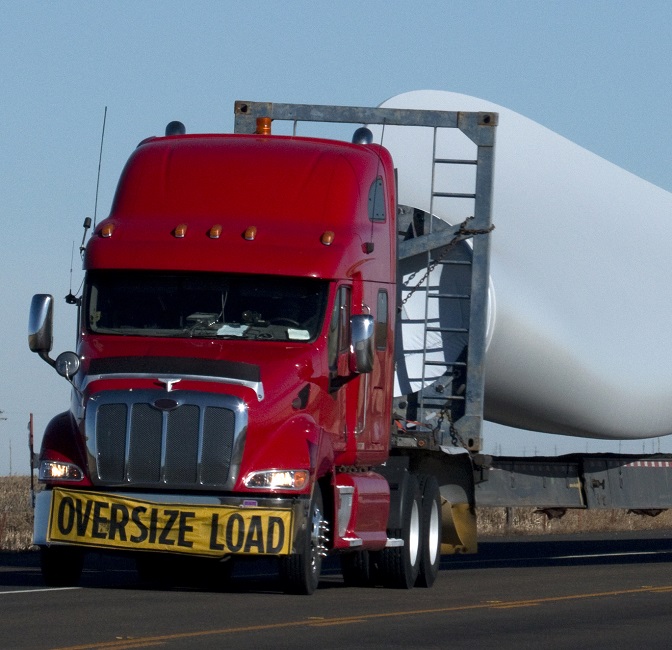 U.S. supply chain bottlenecks in 2019 and 2020 could lead to project cancellations and postponements, threatening $2.1 billion of industry revenue, Wood Mackenzie Power and Renewables said in a report last month.

Around 23 GW of new U.S. wind capacity will be installed in the next two years as developers race to meet production tax credit (PTC) deadlines, the consultancy said. The U.S. Energy Information Administration (EIA) has forecast a slightly lower level of 19 GW over the same period.

Around 70% of US wind farms are installed in the fourth quarter of the year, as developers mitigate weather challenges, wind speed restrictions during installation and annual PTC deadlines. As a result, transportation activity peaks in the third quarter.

By 2020, installation activity will be the highest since 2012 and turbine capacities have grown rapidly since then, creating significant transportation challenges.

Turbine dimensions and weights continue to rise. Leading turbine suppliers GE and Vestas both recently launched turbines of capacity over 5 MW in a push for greater energy yield.

Suppliers and transport companies are collaborating and reaching out to other sectors to increase transport options and accommodate forward turbine deliveries, Garcia da Fonseca said.

Key areas of concern include trailer driver and railcar availability, and access to cost-efficient storage facilities, she said.

The U.S. installed 7.6 GW of wind power capacity in 2018, of which 5.9 GW was installed in the fourth quarter. GE Renewable Energy installed 40% of turbines while Vestas installed 38%, Nordex USA 11% and Siemens Gamesa 8%, according to the American Wind Energy Association (AWEA).

In 2012, the U.S. installed 12.9 GW of capacity without significant transportation challenges but many major components such as blades will be larger in 2020, severely limiting transport options.

The number of new turbine units transported in 2020 will be similar to the 19,000 transported in 2012, but blades will be 34% longer, requiring special vehicles, Wood Mackenzie said in its report.

By 2020, most blades installed on new turbines will be longer than 55 m, requiring special trailers, escorts and longer transport times, the consultancy said. The total number of unit shipments may be slightly lower than in 2012, but will involve much larger and heavier components, it said.

Some logistics companies are adapting trailers to accommodate larger blade lengths, but many are avoiding large investments as they expect demand to drop off from 2021, Garcia da Fonseca said.

A lack of qualified trailer drivers is a key concern in many regions.

"Carriers are looking to solve this shortage…training and recruiting specialized drivers,” she said.

OEMs are also looking at sharing railcars with other suppliers and sourcing railcars used by other industries, Garcia da Fonseca said.

There are "hundreds" of U.S. railcars capable of transporting large wind components but demand from other industries, such as the piping sector, will significantly limit availability, she noted.

Turbine suppliers are also adapting their designs to minimize growing logistics challenges. GE's latest 5.3 MW design, set for commercial launch this year, incorporates 77 m blades made out of two pieces, which are assembled on site.

Suppliers can use forward inventory deliveries and regional laydown facilities to reduce bottlenecks later in the year, Wood Mackenzie said in its report.

"Q1 shipments must be more than doubled to minimize under-utilization of transportation equipment," it said.

US wind project distribution by region

One option is to use facilities which currently store components for PTC deadline requirements, she added.

“We are aware that some OEMs, in collaboration with developers, came up with storage areas which they might leverage for this initiative," she said.

Larger OEMs, such as GE, Vestas and Siemens Gamesa, can use market leverage and economies of scale to secure transport and storage capacity, Garcia da Fonseca noted.

“Tier II turbine suppliers might not have the leverage to lock contracts in advance with carriers putting them in a more vulnerable position”, she said.