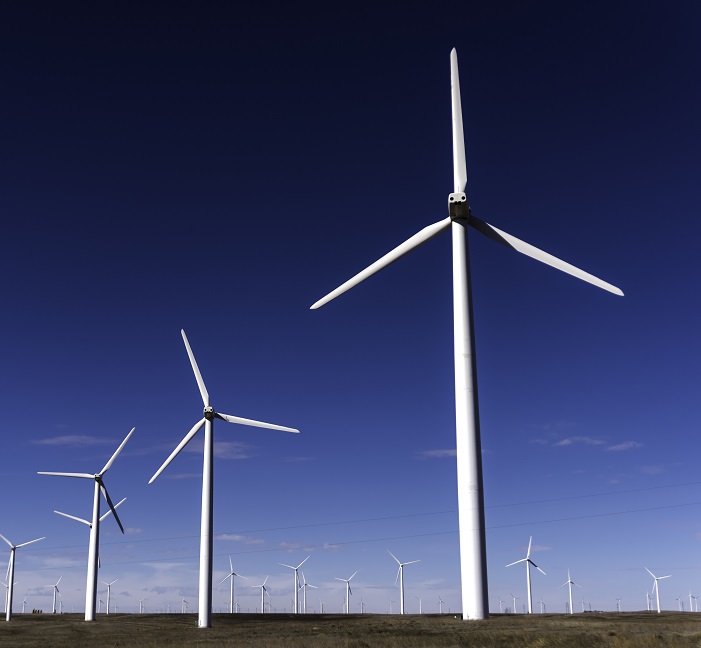 Agreements with utilities accounted for 2.6 GW of this PPA activity, while corporate customers signed over 1 GW of contracts, AWEA said.

AT&T, the world's largest communications company, agreed to purchase 520 MW of wind power from Nextera Energy Resources in one of the U.S.' largest ever corporate renewable energy deals. AT&T will purchase 220 MW of power from the Minco V Wind Farm located in Caddo County, Oklahoma and 300 MW from a wind farm in Webb and Duval Counties in Texas.

Some 1.4 GW of projects started construction and a further 4.2 GW entered the advanced development phase, the association said.

"There are now over 33,000 MW of wind power either under construction or in advanced development, a 40% increase over this time last year and the highest level since AWEA began tracking both categories in 2016," it said.

In January, the U.S. Energy Information Administration (EIA) predicted installed wind capacity will rise by 8.3 GW in 2018 and push annual wind generation above hydroelectric output for the first time.

Installed wind capacity is expected to rise by a further 8.0 GW in 2019, EIA said.

Middle East installed wind capacity will grow at a compounded annual rate of 39% over the next decade to surpass 12 GW by 2027, according to the latest forecasts from MAKE Consulting group.

Installed wind capacity was 496 MW at the end of 2017 and Saudi Arabia will spearhead regional growth in 2018 by awarding 1.2 GW of wind projects, MAKE said in a statement.

"The growth in wind is supported by the opening of the Saudi wind power market and tremendous wind resources in both Iran and Jordan, among several factors," the consulting group said.

"Israel and Lebanon will have become sizable regional markets by the end of the 10-year outlook period," it noted.

The Taiwan government has awarded some 3.8 GW of offshore wind projects in its first auction for large-scale offshore wind capacity.

Orsted has obtained site exclusivity on four offshore wind sites located between 35 and 60 km from the shore of Changhua County. The four sites, which have a total potential capacity of 2.4 GW, received environmental impact assessment approvals in February 2018.

The Taiwanese authorities plan to auction a further 2 GW of offshore wind capacity in June 2018.