Larger turbines and deeper waters are spurring deployment of suction bucket and jacket foundations but standardization and economies of scale will be needed to glean market share from monopiles. 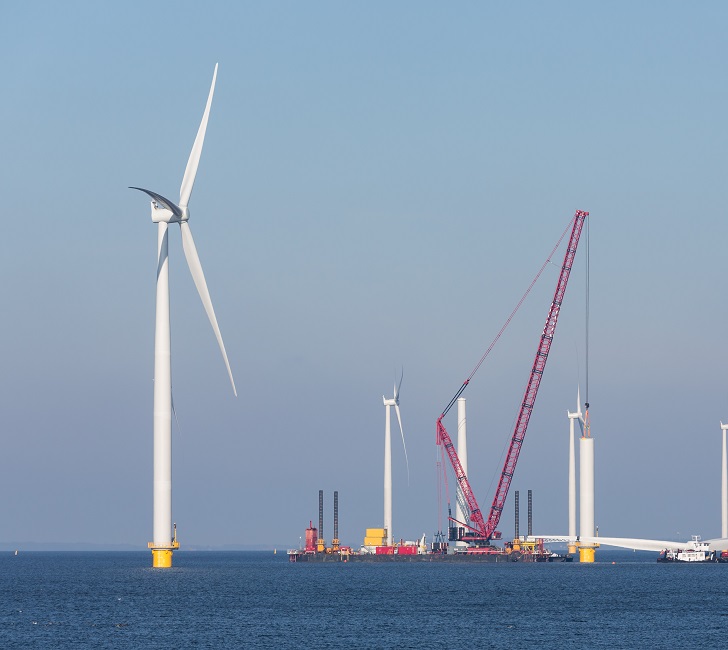 Foundation costs represent around 20 to 25% of total project capex. Steel monopiles offer the lowest capex and represent 82% of installed capacity in Europe, but growing project dimensions are accelerating the deployment of suction bucket designs and jacket structures.

Suction buckets use a large, steel open cylinder which is planted and fixed into the seabed fixed using negative pressure.

"Savings will come from reduced weights (avoiding the lengthy monopile embedments), reduction of installation time and complexity," he said.

Limited manufacturing and deployment experience of suction buckets in the offshore wind industry means that costs are yet to compete with traditional monopile designs. 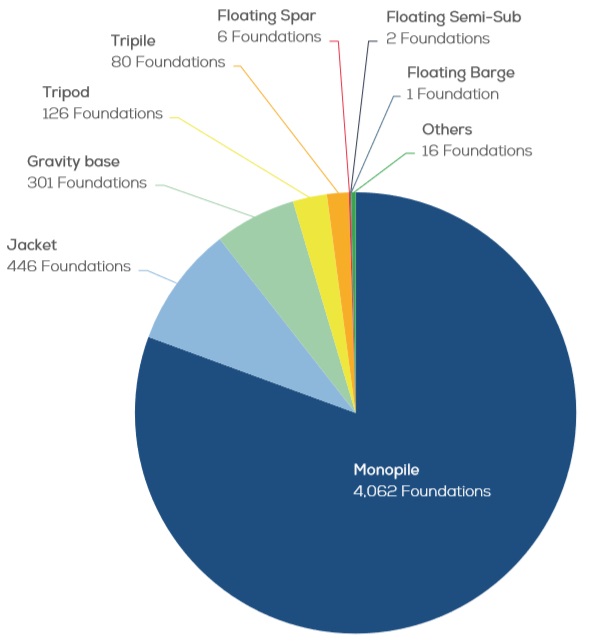 Growth in monopile foundations has allowed manufacturers to build out efficient production lines and suction bucket developers will need to use economies of scale to make costs more competitive, Lessis said.

"Standardization is another factor, with multiple suction bucket concepts currently being explored," he said.

The steel lattice design of jackets offers lightweight and stiff structures which can be modified according to site geometry and has relatively low dependency on soil type.

Jacket developers can also leverage decades of operational expertise in the oil and gas industry. Jackets have already been used on some large offshore wind projects, including the 350 MW Wikinger offshore wind farm in Germany and the 588 MW Beatrice and 714 MW East Anglia One projects in the UK. 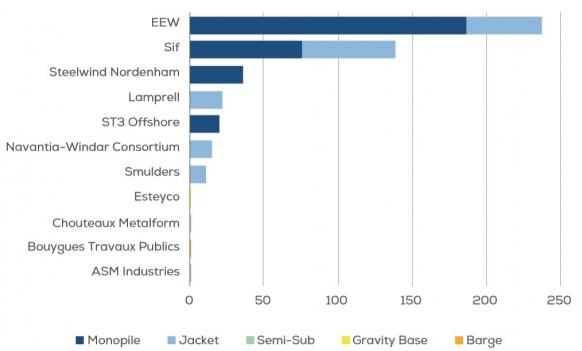 The smaller steel tubulars which make up the jacket structure can be fabricated in multiple locations and transferred to the assembly side, providing some logistics savings, Lessis said.

However, manufacturing is more complex and labour-intensive, incurring extra costs, he noted. A lack of standardization also means that manufacturing cannot benefit from automation gains used in monopile fabrication.

Developers should use oil and gas manufacturing infrastructure and economies of scale to reduce the cost of jackets for offshore wind applications, Lessis said.

"The main European fabricators are well-equipped to cope with jacket serial production and have significant experience with this type of foundation," he said.

"Increased turbine sizes and deeper waters will lead to exploring more economic and technically innovative solutions. Jacket foundations will likely be able to fill this role, with suction buckets deployed in more sites, but restricted by the sensitivity of the technology to the soil conditions," Lessis said.

Monopile designers are developing wider diameter units and pushing the limits of manufacturing and installation to accommodate growing project dimensions.

Monopile suppliers have widened pile diameters to 8.0m and are developing widths beyond 10m. Designers are targeting water depths of 40 to 45m, compared with just 30m only five years ago.

Demand for jacket designs in deeper waters may be threatened "if the 10-12m diameter XL monopiles currently in conceptual phase become a reality," Lessis said.