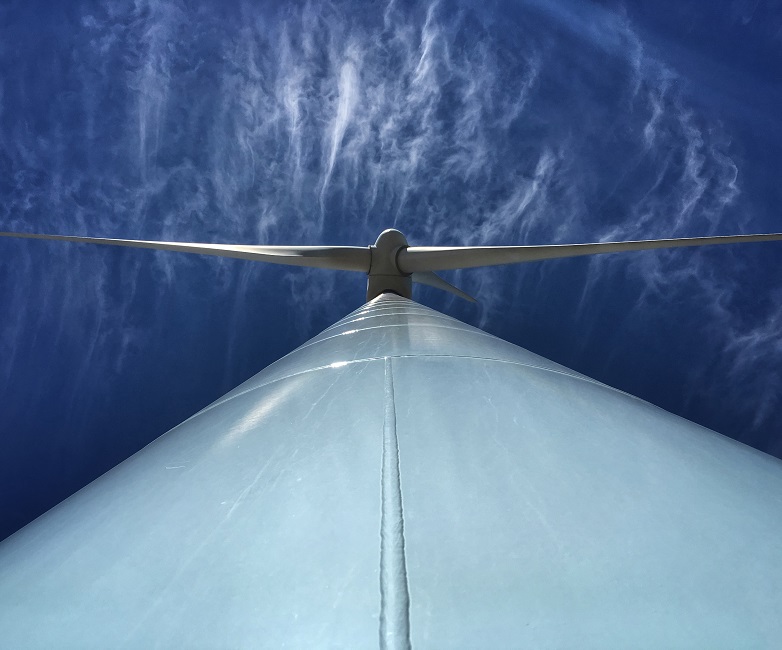 Dutch heavy lifting company Mammoet has developed two new cranes which aim to increase the efficiency of large-scale wind turbine installation and maintenance, the company said in a statement.

The wind industry must invest in innovative logistics and installation solutions to control costs associated with rising turbine dimensions and maximize deployment potential, industry experts told Wind Energy Update last month. In the U.S., there remains a limited number of the largest cranes, especially in regions with little wind power development or areas with high demand from other construction sectors.

The Wind Turbine Assembly Crane 250 has a capacity of 250 metric tons and is installed on a guide rail that runs along the bottom turbine section, which is then used to lift the next section using the turbine's tower as support. This process can be repeated for all subsequent turbine sections and once construction is completed the guide rail can be kept in place to facilitate easy access for future maintenance.

"Because the crane uses the turbine’s tower for support, the maximum lifting height of the crane is virtually limitless," Mammoet said.

The Wind Turbine Maintenance Crane 100 has a capacity of 100 metric tons and works in a similar fashion. The crane is attached to two pre-installed hoisting eyes and it can hoist up itself, as well as load, using the tower for support.

"The use of this crane requires minimal modification. It can be used on turbines that have been equipped with pre-fitted hoisting eyes and, in some cases, it can also be used on existing turbines," Mammoet said.

Wind experts predict the levelized cost of energy (LCOE) of onshore wind will fall by 24% by 2030 as technology improvements drive a rapid increase in turbine capacity and hub height, according to an industry survey published by Berkeley Lab, the National Renewable Energy Laboratory (NREL) and University of Massachusetts in November 2016.

The global survey of 163 leading wind experts showed nameplate turbine capacity is forecast to rise from 2.0 MW in 2015 to 3.25 MW in 2030. Some experts even predict average nameplate capacity could rise to as much as 6 MW by 2030, the survey showed. 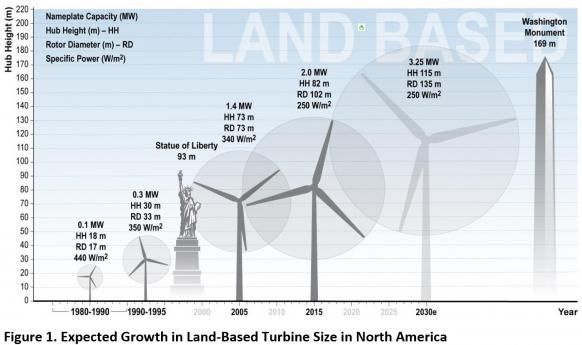 The Minnesota Public Utilities Commission approved July 6 Xcel Energy's plan to build 1.6 GW of wind power capacity in the Upper Midwest by 2020, the company said in a statement.

Xcel Energy plans to build seven wind farms in Iowa, Minnesota, North Dakota, and South Dakota, increasing its wind power output in the region by 70%. The North Dakota Public Service Commission is to review the plan later this year.

Under its proposal, Xcel Energy will own 1.2 GW of the wind capacity and buy the remaining 400 MW of capacity through long-term power purchase agreements (PPAs).

All of the wind farms are expected to be completed by the end of 2020, qualifying them for 100% Production Tax Credit.

"Xcel Energy estimates lease payments will exceed $7 million annually, with property tax contributions exceeding $8 million. Up to 1,500 construction jobs are expected to be created through the projects," the company said.

Tesla is to build the world's largest lithium-ion battery at a windfarm in the state of South Australia, the government said in a statement.

The 100 MW Tesla Powerpack battery (129 MWh) will be installed at Neoen’s 315 MW Hornsdale windfarm currently under construction 24 km north of Jamestown. The battery storage system will be installed by December (Australia's summer).

Last September, a 50-year storm damaged critical infrastructure in South Australia, leaving 1.7 million residents without electricity. Further blackouts occurred in the following summer and the government of South Australia called for Expressions of Interest to deploy grid-scale energy storage options with a minimum capacity of 100 MW.

Tesla has been awarded the entire energy storage system component of the project, the company said in a statement.